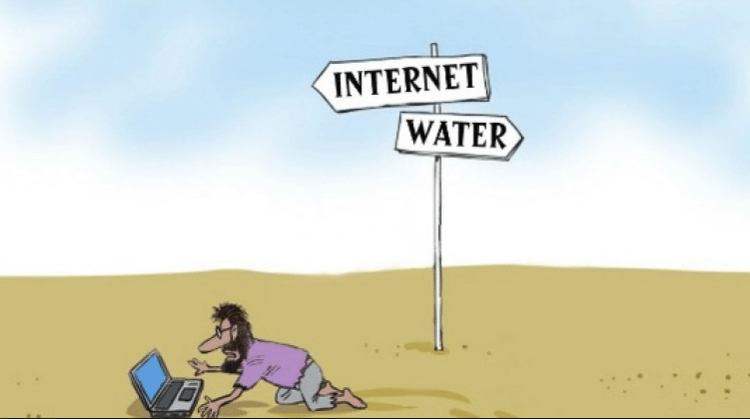 Internet addiction is a relatively new phenomenon. What the term refers to can be broken down into two parts. Firstly, we have the excessive use of the internet. Secondly, there's the frustration or dysthymia associated with withdrawal. The internet is currently able to cover most - if not all - of a person's psychological needs. Learn how that can lead to withdrawal symptoms like those experienced by drug addicts.

What internet addiction actually is

There is no doubt that the internet has changed every person's life to some degree. From work and communications to entertainment and purchases, the potential it offers is limitless.

However, the internet has had many negative results as well. Namely, users devoting too much of their time in front of their computer, phone, and tablet. Some to the point where it has become the epicenter of their lives.

This extreme use is the definition of internet addiction. The term was first introduced in 1995 when the internet was entirely different than what we know it as today.

Despite the alarming results of recent studies, internet addiction is yet to be widely recognized as a mental illness. China, South Korea, and Taiwan are notable exceptions.

There are increasing concerns among doctors and health executives who think there is a need for treatment centers. Some have begun to believe this phenomenon is more than a typical social issue. 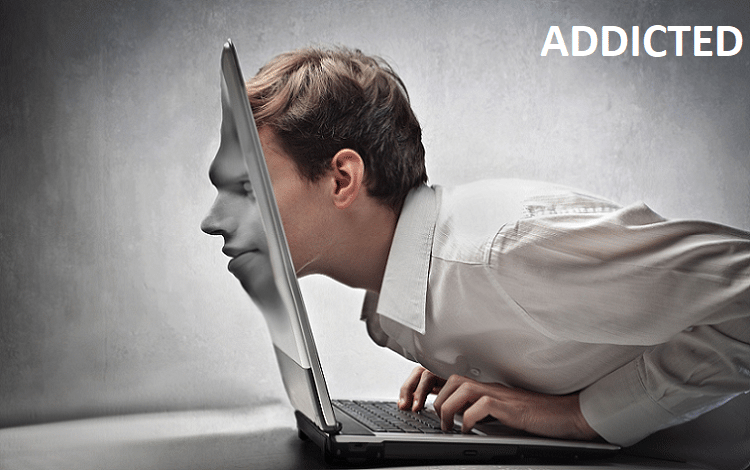 Are there different kinds of addiction?

Addiction to the internet or portable devices can take many forms. It can also span across various degrees and domains of internet usage.

Let's take a quick look at the most common types of addiction, before moving on to the warning signs. 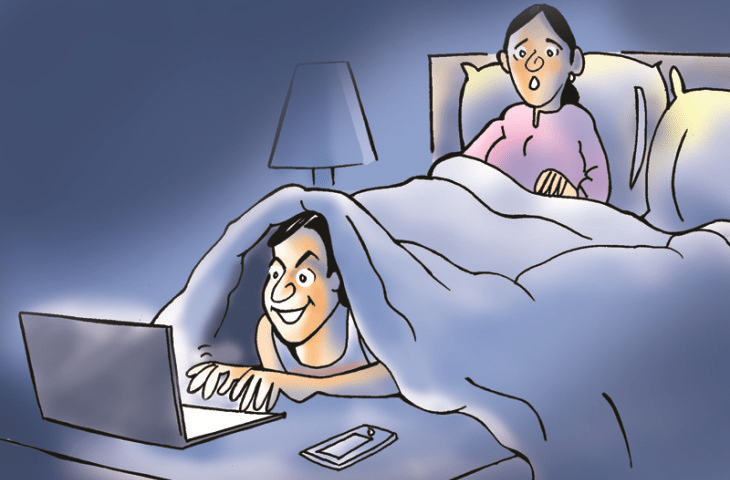 As with every other type of dependency, internet addiction has warning signs. Most of the time, it's difficult to recognize its early symptoms.

Addiction to gaming is common among younger people. Internet addiction can become an issue later in life. 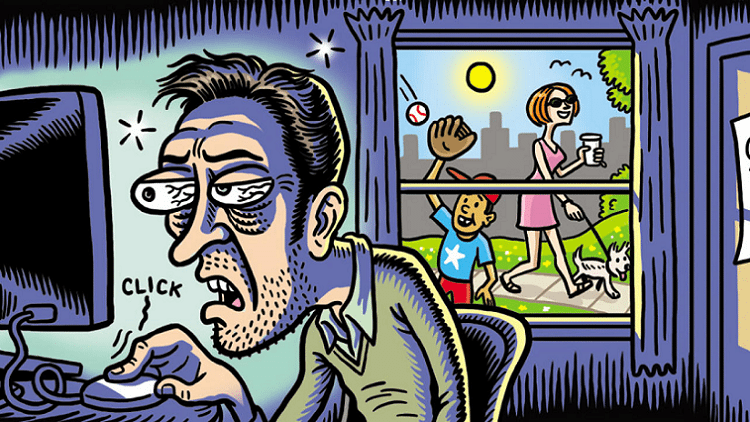 The universities of Swansea in the UK, and that of Milan in Italy, recently conducted a clinical study on the subject. The researchers monitored about 144 participants between the ages of 18 and 53, all of whom were addicted to various electronic devices.

The research had one significant finding. The effects of stopping internet usage were more than psychological. Physical changes in their system were also present. Those changes were similar to what is experienced by drug users.

The experts noticed some interesting things after the participants stopped using the internet; namely, a faster heart rate and blood pressure. In certain situations, their heart rate doubled. They even found changes to the hormonal system capable of sabotaging immune responses.

These changes and the increased stress all point to a state similar to that of people abusing substances. Sleeping pills, alcohol, cannabis, and heroin are some of those.

Internet addiction is also a matter of chemistry

Another research recently conducted in Seoul had nineteen "addicted" teenage participants. The teens showed increased levels of GABA, which is a neurotransmitter that controls stress. On the other hand, they had lower glutamate levels, which assists in the electrical stimulation of the neurons.

After that, the teens went through a special behavioral treatment which aimed at limiting the time they spent on the internet.

After the end of the treatment, they all underwent a brain scan. It became clear that GABA levels had decreased, while glutamate levels had increased. That means they were closer to the average values. 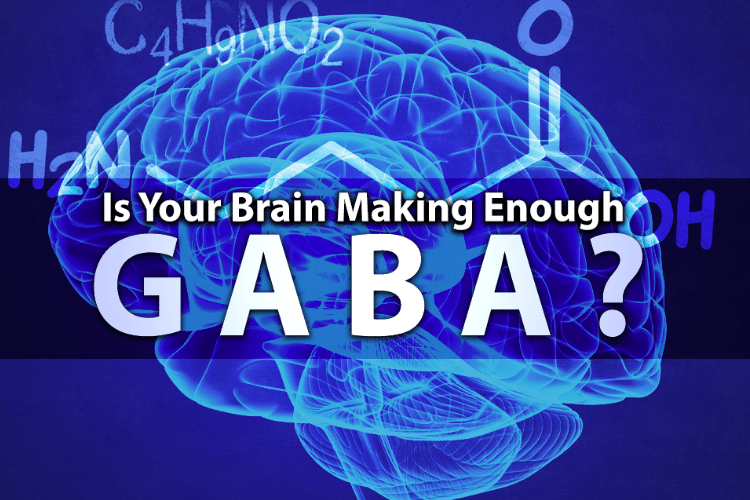 People addicted to the internet display a variety of symptoms, which we can divide into two categories. 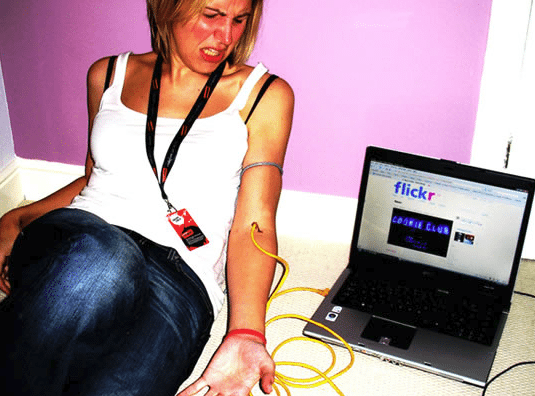 Internet addiction can lead to several short-term effects. Some of those include increased body weight and unperformed obligations.

Long-term effects mostly have to do with physical consequences. The most common ones are a backache, neck pain, carpal tunnel syndrome, and problems associated with the eyes.

It can also lead to a significant loss of money - even bankruptcy - primarily when the time spent online is focused on gambling. 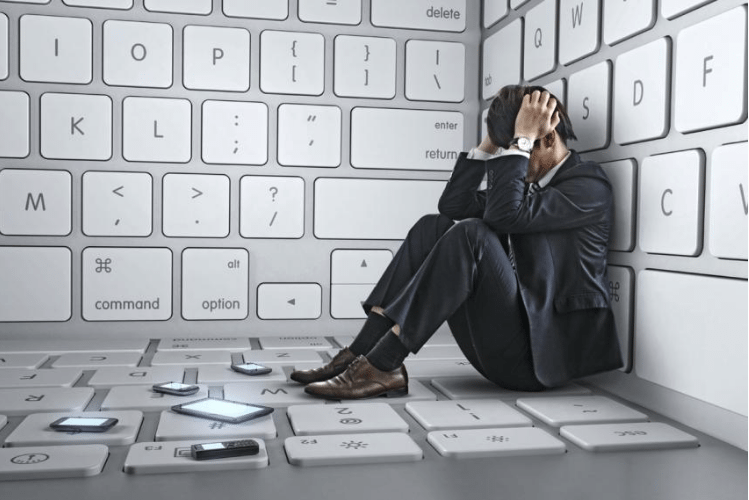 Is there an evaluation test?

The internet has become increasingly popular over the last few years. This has lead to the conduction of several studies on the extent of the problem of addiction.

There is innovative research which can help evaluate whether internet addiction is at our doorstep or that of a loved one. This study comes from an American psychologist, Dr. Kimberly Young.

In essence, it is an evaluation questionnaire. An affirmative answer to 5 out of 8 questions may point to addiction.

The more positive answers we get after our limit (five), the higher the risk of internet addiction. We will now cite the questionnaire found in the specialist's test. 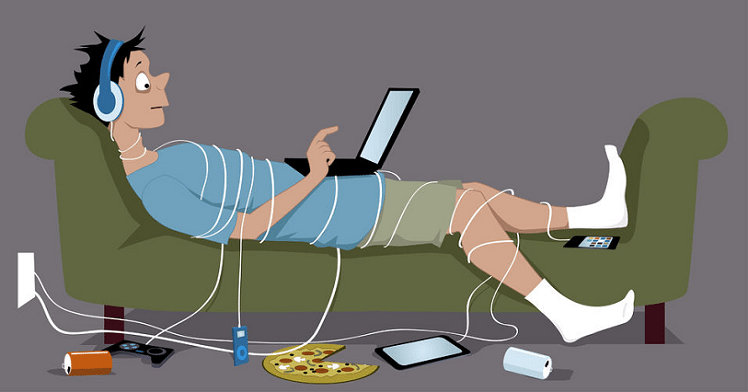 The eight critical questions in the test 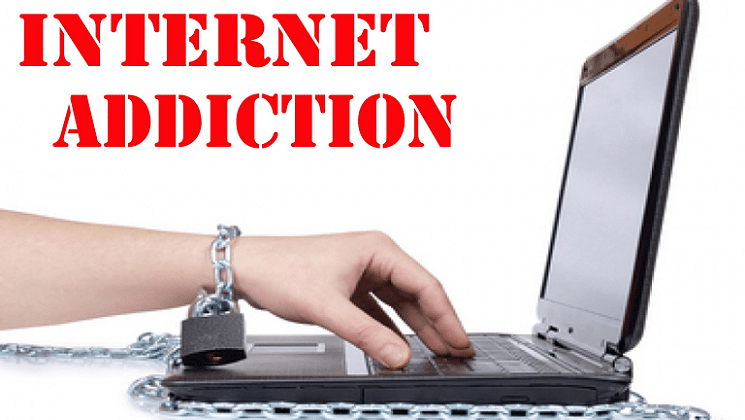 Is there any medication for it?

When internet addiction gets out of control, using medication might be a good idea. The primary purpose is giving users more control over themselves, so they can then stop harming themselves by using the internet more than they should.

A therapist can prescribe antidepressants to combat anxiety. The idea behind this is that treating the underlying cause could cure addiction to the internet.

According to studies by the Medical School of Mount Sinai of New York, such a drug already exists. Its name is Escitalopram, and it has proven itself to be quite useful within the United States. Some of the country's hospitals even have units specializing in dealing with internet addiction. 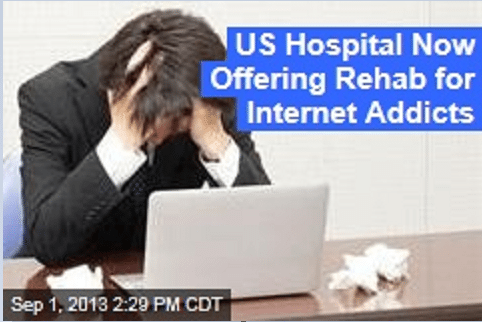 Of course, taking an antidepressant for online addiction doesn't come without its risks. It may very well result in dependence on the medication itself. As such, it must be administered with a prescription and under medical attention, as is the case with all people suffering from depression.

Is internet addiction a real issue in your country?

There is no doubt that the internet has brought things once considered unachievable right within our reach. People can now connect to each other in ways that weren't possible in the recent past. Despite that, a luxury usually comes with the risk of addiction.

There is always the danger of the internet becoming an obligatory part of our lives. Its reckless use can affect our work, daily lives, and personal relationships. When this happens, this unhealthy addiction poses a genuine threat.

If you have any questions or want to share your thoughts on the subject, you can let us know in the comments down below.