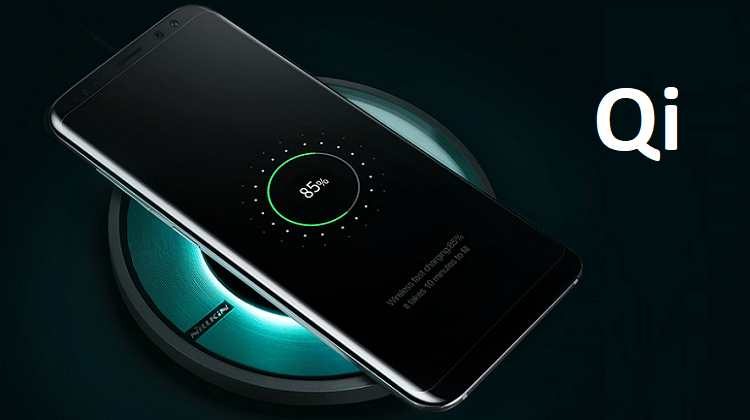 Wireless phone charging has existed for a few years, and all of us who use it undoubtedly know its benefits. However, not all the mobile companies are using it at the moment. Below you will find everything that you would like to know about wireless charging, which smartphones support it, and how we can add it even to devices which do not support its function by design.

How the wireless charging works

The wireless chargers mainly use magnetism to transmit the electric power. We can achieve this in two different ways.

With this method, the wireless charging works with power transfer through electromagnetic induction (Inductive Power Transfer-IPT) between the charger and a receiver placed on the back side of the cell phone.

The current that comes from the plug on the wall is channeled through a cable to the wireless charger, which creates an alternating electromagnetic field.

Next, the magnetic energy is transformed into electric current from the corresponding coil of the cell phone which is placed on the wireless charger, and this is how the battery charges. 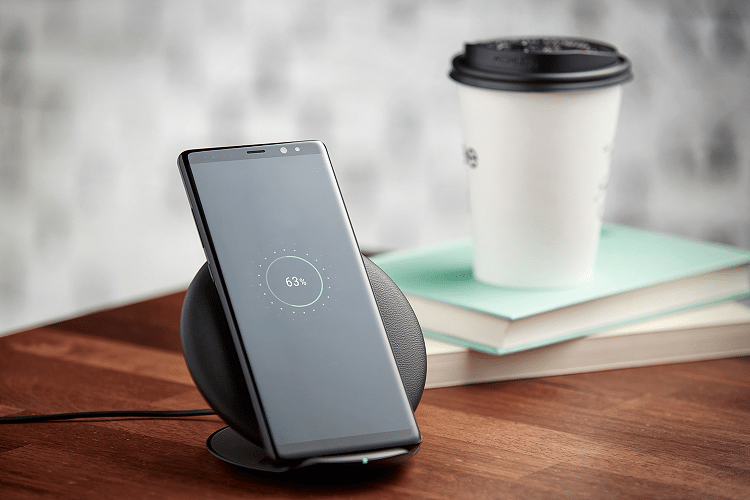 Magnetic resonance is another type of wireless charging which works in a similar way. The difference is that one can place the device up to 45mm away from the surface of the wireless charger, instead of placing the device on top of it.

Resonant charging is less efficient than inductive charging; nevertheless, there are a few advantages.

For instance, a wireless charger could be attached underneath a table surface. This way, we could just place the cell phone on the table to start charging it.

In fact, the well-known Swedish furniture company IKEA has designed such a table. 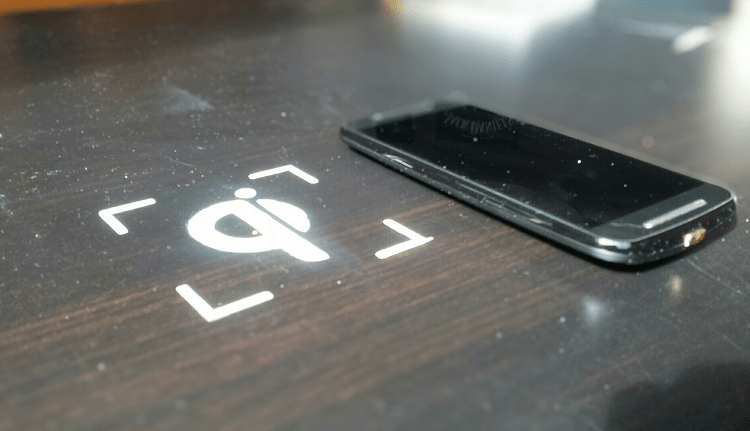 Also, magnetic resonance allows us to place multiple mobile phones on a single powering pad. This way, we can charge all the devices simultaneously. 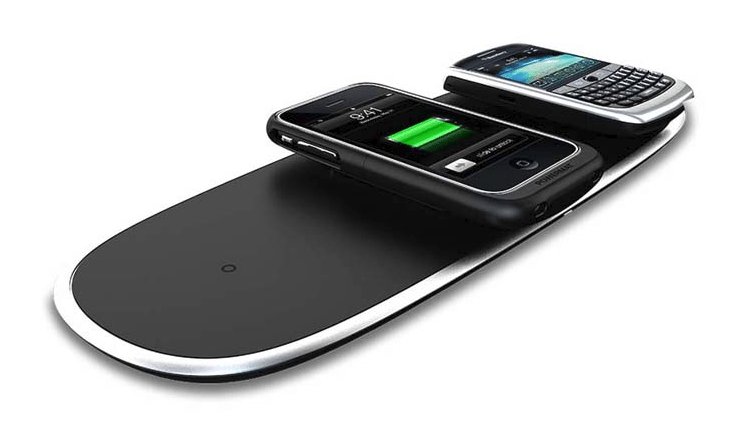 Even though wireless charging continually becomes more and more compatible, still, many smartphone manufacturers have not yet adopted it and incorporated it into their products.

A very notable example is Google. It ceased the wireless charging on Pixel phones, even though this feature existed in the previous Nexus devices.

Below, we are about to see the three models of wireless charging, from which the Qi is the most widespread. Let’s see a detailed description.

It is the most common model for wireless charging, and we come across it in airports, hotels, and other public places.

The most important thing is that almost all of the companies support Qi, which belongs to Consortium Wireless Power.

Recently it was exclusively adopted by Apple which - for the first time - it offers wireless charging to the new iPhone 8.

At this point, we have to mention that many experts believe that the adoption of Qi by Apple could boost the wireless charging in all the Android phones soon.

Even though the Qi model used only inductive charging at first, it has been upgraded, and it now supports magnetic resonance, too. 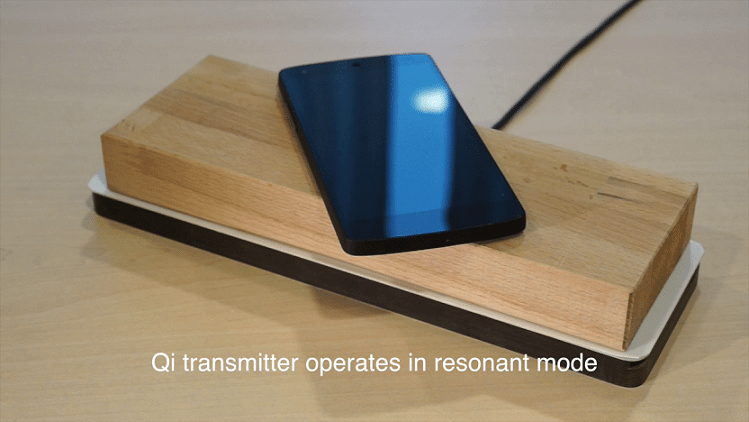 The second model is Powermat, commonly known as PMA. It also uses magnetic induction, like Qi. However, PMA is not compatible with all the devices.

For instance, the iPhone 8 does not support charging by a PMA transmitter. However, large American dining or coffeehouse chains, like Starbucks - among others - offer the customers this model of wireless charging free of charge (pun not intended). 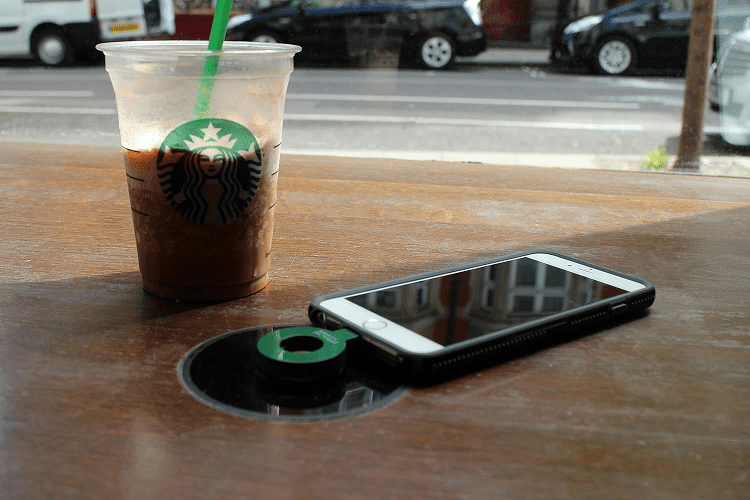 One of the companies that allow simultaneous wireless charging from both models is Samsung. The most recent devices of the company, such as Galaxy Note 8, S8 and S7, support Qi and PMA and can be charged by both.

The least known model is Rezence (A4WP). This model exclusively uses only magnetic resonance, which Qi later adopted, as we saw before. Rezence also requires Bluetooth communication with the device.

Nowadays, two companies behind the less popular Rezence models have created a joint venture, called AirFuel Alliance, to obtain a more significant share regarding public spaces usage than that of the established Qi. 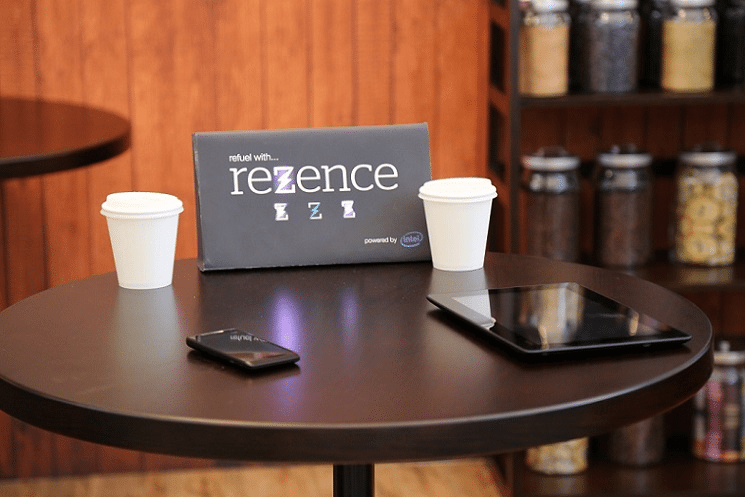 In most cases, wireless charging is relatively slower than charging via cable.

Specific wireless chargers, especially those which are created by the corresponding cell phone companies, are faster than the others on the market.

More specifically, they usually have higher power, and they can fully charge a large-battery smartphone in around two hours.

The most significant advantage of wireless charging is the immediacy in charging the device. Thankfully, we are also spared the fuss of all the actions we would have to perform had we used a charging cable.

Furthermore, during the wireless charging, we can keep using our cell phone. 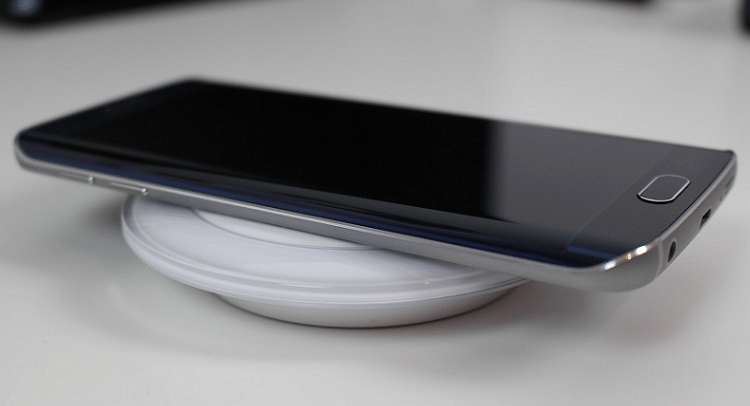 If we use a car for our transportation, we will benefit even more from the Qi transmitter.

There are particular stands which hold a cell phone on the windscreen and at the same time they charge it automatically, without us needing to unplug our cell phone to answer calls and then plug it back while driving.

Even though we do not move around by car as much as we used to, we still find ITian C1 Qi Car pretty handy. We bought this device from the Chinese market. 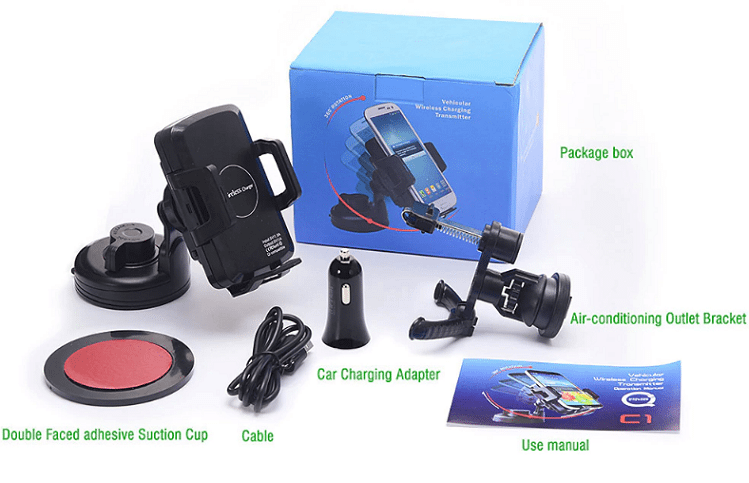 Furthermore, some of the cheapest wireless chargers on the market may not be certified, and even though they work well with all the compatible cell phones, they could potentially increase the phone temperature. 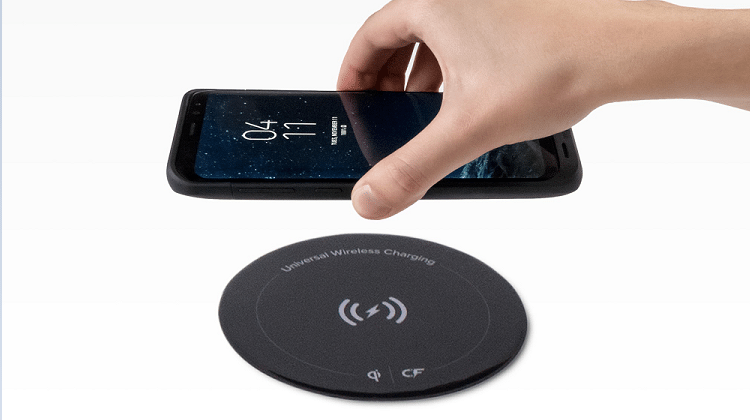 What equipment do I need for wireless charging

As we saw earlier, our cell phone has to be equipped with the proper material to support wireless charging. It is possible that without the necessary coil, the phone will not be appropriately charged.

However, as we will see next, in any case, there are ways to turn an incompatible phone into a device that supports wireless charging.

Therefore, given that we have a compatible phone, wireless charging is a straightforward procedure. What we need first is a wireless charger, upon which we will place our cell phone.

Any Qi-certified charger will work seamlessly with the certified cell phone.

We can find many Qi wireless chargers on the market. All we have to do once we get one is place our cell phone on it to start the wireless charging.

In case you proceed to purchase, we suggest you choose wireless Qi chargers which have a slight tilt instead of horizontal ones.

This way, you can see the content on the cell phone screen, without leaving the comfort of your desk. 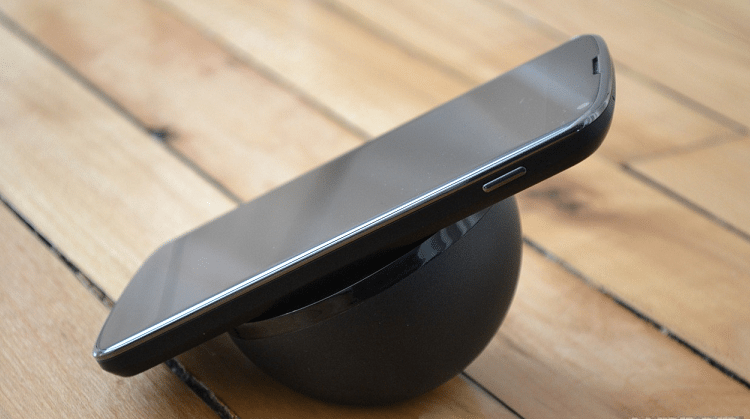 The smartphones which support it

Samsung is the only large company which supports the wireless charging in most of its cell phones.

However, there are still a lot of devices by other companies which especially support Qi charging. We are presenting them briefly.

The devices which are marked with a star do not support PMA or AirFuel wireless charging. 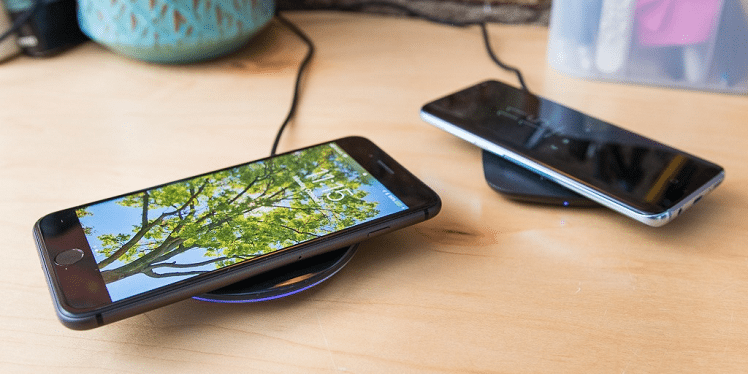 How to add Qi to a non-supported cell phone

The simplest and universal solution to transform the incompatible cell phone into a device that accepts wireless charging is the adhesive adapter. The biggest advantage is the fact that an adhesive adapter can adjust to almost all the devices.

If our cell phone has a detachable back and battery, then things are even better; especially as far as the advantages of wireless charging are concerned, that is, elegance, immediacy, and the lack of cables.

All we have to do is connect the single plug of the wireless adapter to the micro USB, USB-C, or Apple Lightning ports of the cell phone. Furthermore, we place the thin body of the adapter under the lid at the back of the cell phone. 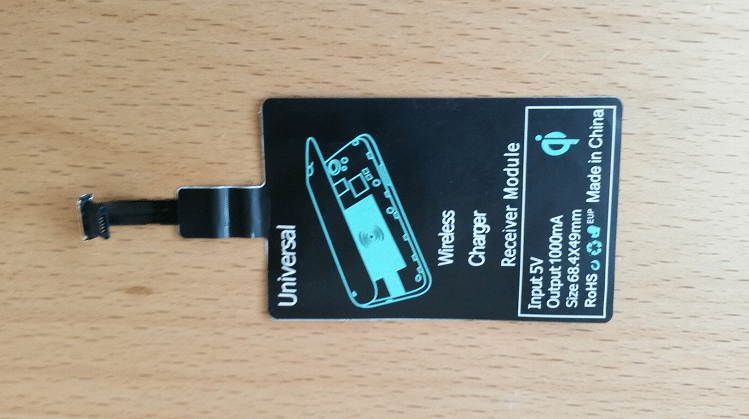 The only disadvantage here is that if we have got a device which does not have a separate headphone port and only has a USB-C, we will have to unplug it if we want to use the headphones.

However, most contemporary cell phones have unibody construction, which means that they do not have a detachable back and battery. In this case, the adapter will have to be placed on the outside of the back of the cell phone.

Naturally, this way we will lose all the benefits of immediacy at once, unless we stick the adhesive adapter to the back of the cell phone, as we can see in the picture below.

Otherwise, we will have to apply it and remove it every single time, precisely as we do with the charging cable. Therefore, elegance and immediacy go out the window; we can’t have it all, can we? 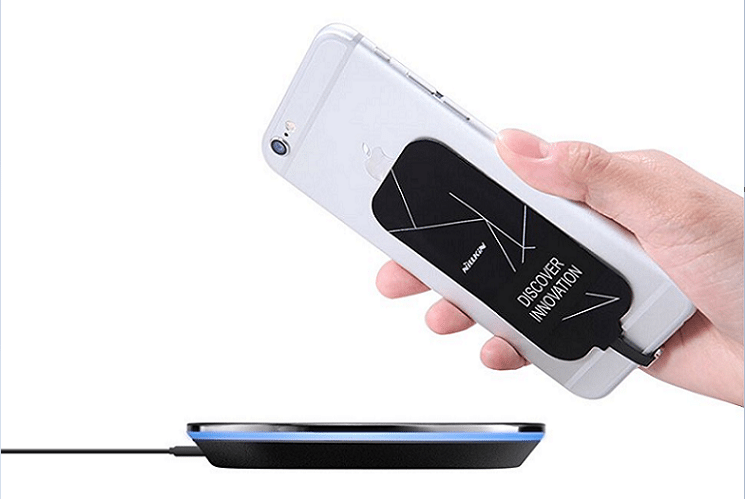 We can find such universal Qi adapters at a low price on Gearbest; many times they come with the wireless charger. 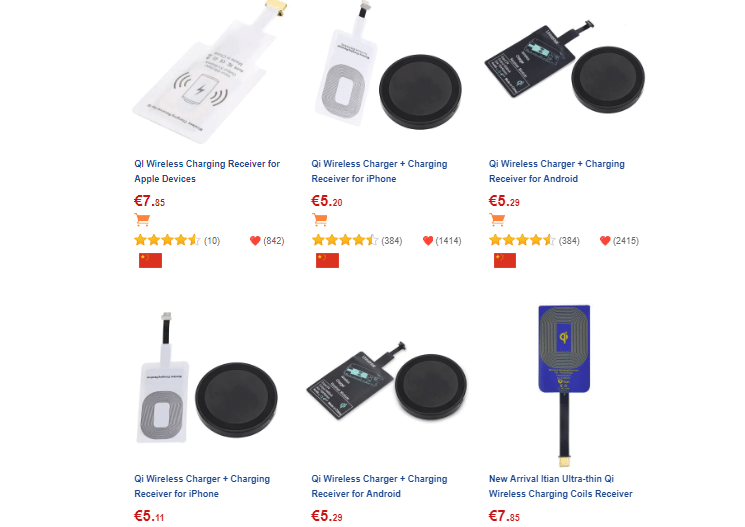 Naturally, technology has advantages and disadvantages. Therefore, we will briefly present the positive and negative features of wireless charging, so that you can decide whether you find it useful or not. 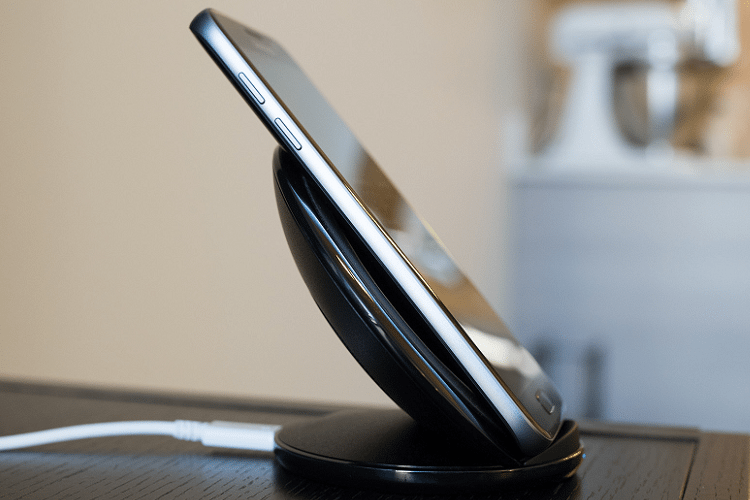 Do you use wireless charging?

Wireless charging has not had the expected appeal yet, even though everything shows that shortly, wireless chargers will be in all public spaces and gathering points.

This way, we will be able to charge our cell phone without carrying the charging cables with us, plus, we will have got rid of them already at home and in the office.

If you have any questions or you just want to share your opinion about wireless charging, you can write to us in the comments section.

Previous Post: « Smart Ways to Reduce Your Mobile Data Usage
Next Post: What a TV Box is and Why Buying One is Worth it »