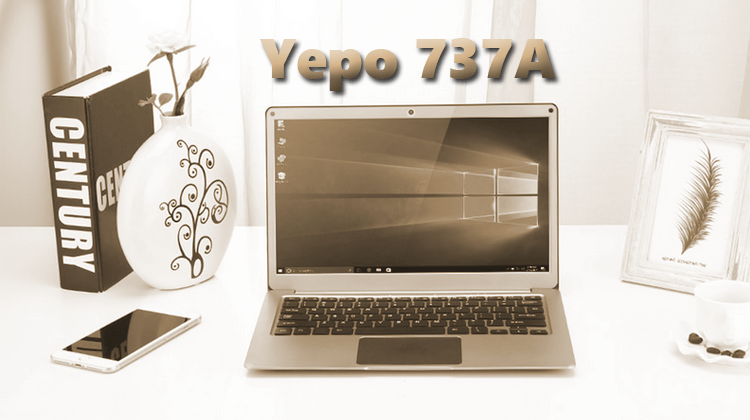 When it comes to laptops, unlike smartphones, the smaller and more portable, the higher the cost. A 13-inch notebook usually costs more than a 15-inch laptop with the same specifications and hardware. In this review, we got our hands on Yepo 737A, a small Chinese laptop that comes under the price of $200, and promises to accompany us on simple everyday tasks.

Shenzhen Yepo Time Electronics - for short we will stick to just Yepo - is a Chinese company created in 1998.

In the beginning, the company moved towards the construction of computer peripherals, as well as video and music accessories, such as mp3 players.

From 2010, Yepo is also manufacturing tablets, laptops, and their target was within ten years to become one of China's top ten brands - as stated on their website. They don’t mention if they accomplished their goal so far, but they still have two more years to go.

Among its current product lines, we can see mainly small laptops, and Yepo 737A is one of them. 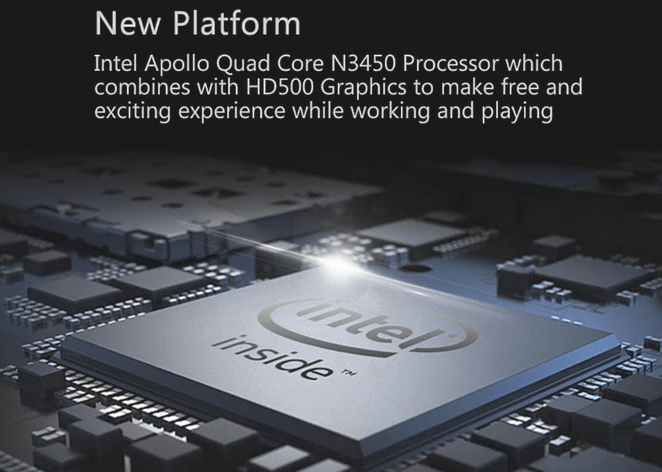 This processor is a low-end model with very low power consumption (6W).

The laptop also has 6GB DDR3L RAM, which is more than enough for simple tasks. Although it has only one RAM port and we can’t upgrade with a second memory stick, it supports 8GB of RAM if we need more RAM and we want to replace the existing one.

Its storage space comes in two versions, with an eMMC 64GB or 128GB drive. This type of disks is faster than HDDs, but slower when compared to an SSD. However, there is a model with a 64GBeMMC and 64GB SSD.

The storage space is onboard, which means that it’s soldered to the motherboard. However, even on models without the extra SSD, there is an m.2 port on the back, where we can easily install an SSD disk. 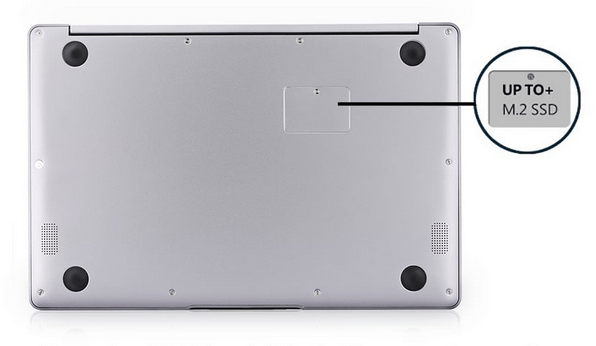 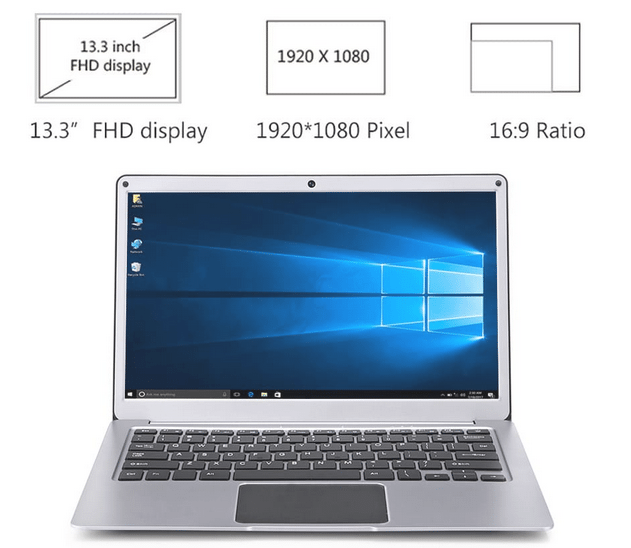 The laptop comes with Windows 10 Home English pre-installed, so we won’t need to format it before we can use it.

The cost of the 64GB eMMC version is at $199, and it comes in silver color. There’s also a luxury gold version for only a few more dollars. 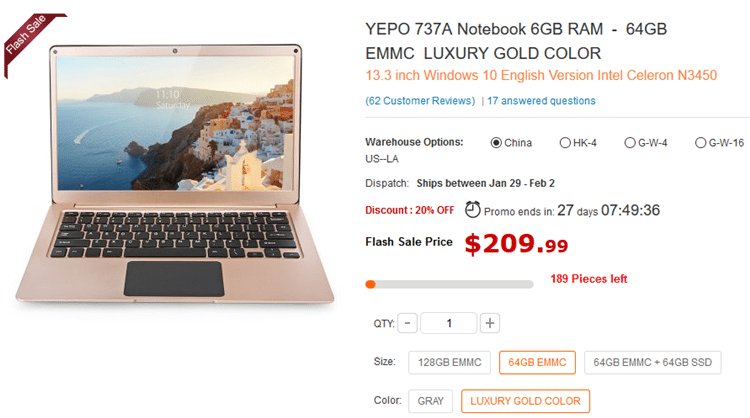 For this review, Gearbest sent us the 64GB eMMC version in luxury gold color.

The Yepo package was plain, with a simple design on the outside. 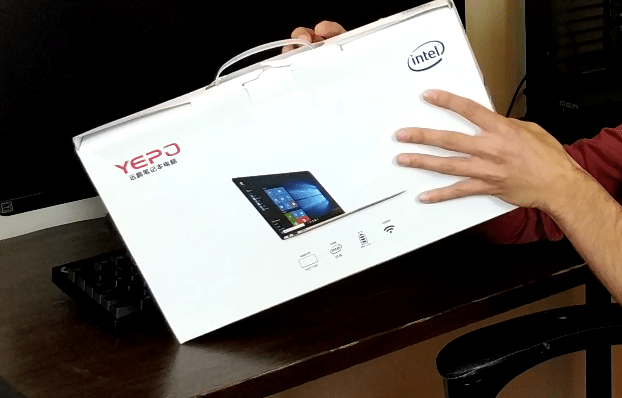 Opening the package, we can see the manual at the top, and the laptop with the charger further below. 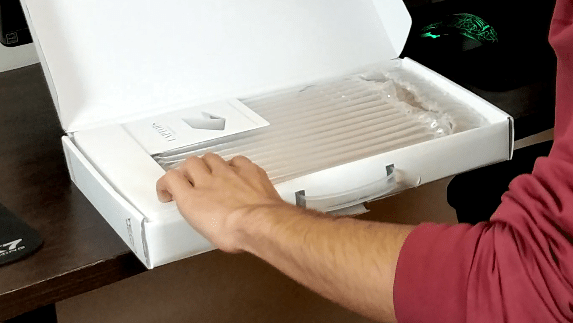 Its size is quite small, which makes sense for a 13-inch laptop. Furthermore, it looks very thin, and we its low weight caught our attention. The idea that it might be empty on the inside crossed our minds for a mere second. 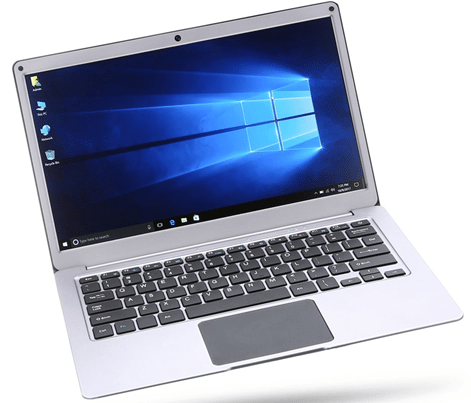 But it turned out to be legit. The whole construction seems decent for the money, but it’s definitely not the most robust laptop out there. Especially when we opened the lid, the frame looked and felt a bit “plastic.”

As far as elegance is concerned, we can say that it looks quite like a Macbook, and it seems that the company wanted to emphasize its style.

The operating system, as we already mentioned, is in English by default. Moreover, the laptop is equipped with any port we may need. 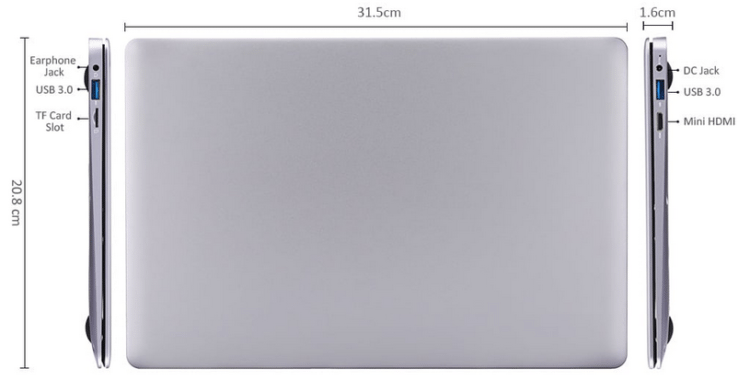 We used Yepo 737A for internet, office, and other lightweight tasks for almost a week, and we can say that it didn’t disappoint us.

The display’s quality is excellent, the IPS panel gives a high accuracy on color presentation, with adequate brightness and a matte finish so that it won’t reflect the light. The bezels are thin and didn’t bother us during our tests. 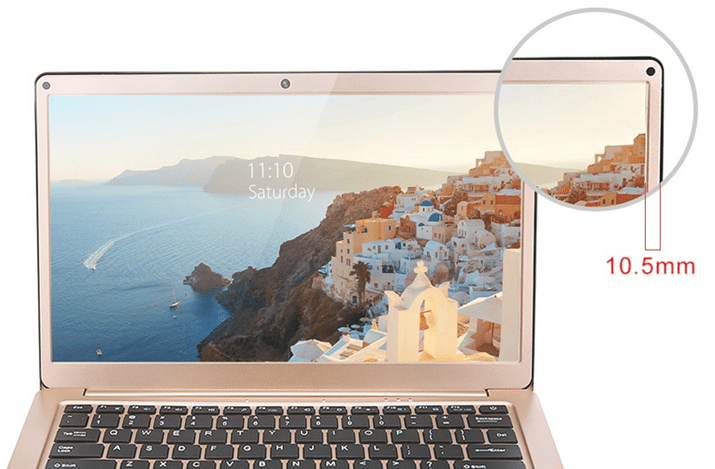 Also, it was easy to type on its keyboard, but the power button is located at the top right corner, where we were used to having the Delete button.

This confused us a couple of times, and we ended up shutting the laptop down instead of pressing delete, but it’s something you get used to after a day or two.

The touchpad’s response is excellent and buttons are hidden. They also make a noticeable clicky sound when pressed. 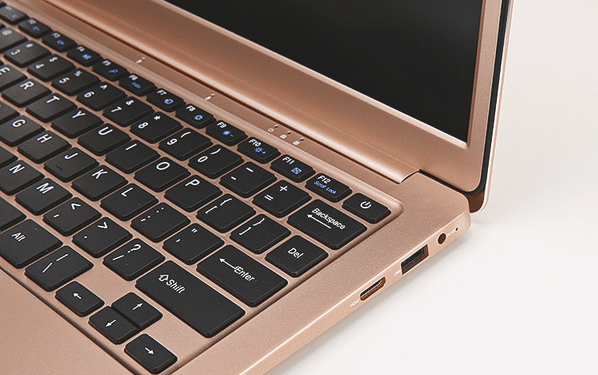 At the bottom, Yepo 737A has two speakers, one at the left and one at the right side. In our tests with songs on YouTube, the sound was average. The volume can get high enough, but the quality was not that good.

Of course, it wasn’t as bad as on T-bao Tbook R8 we saw on a previous review.

It is worth mentioning that, like T-bao, Yepo 737A doesn’t have any fans. Thus, it remains completely silent, and at the same time, it manages to keep the temperatures really low.

We ran some benchmarks to see how well it performed, compared to similar models in the market. The results can be seen in the matrix below.

Based on the processor, the measurements ranged low, just as expected. However, for an office, internet, and movies use, the performance is more than enough.

The disk’s read speed is at 112MB/s, while the writing speeds go up to 55MB/s. The disk benchmarks were virtually identical on all laptops with the same drive, as well as on the Teclast Tbook 16 Power tablet we tested in the past.

Moreover, the laptop booted approximately in 27 seconds, while it took it 16 seconds to shut down completely.

The temperatures during the tests remained at the lowest levels, despite the fact it has no active cooling system.

More specifically, the temperatures didn’t exceed the 62oC degrees in maximum performance, while on idle they were stuck at 36oC. In general use, it ranged from 40 to 45 degrees, which we consider a cool temperature. 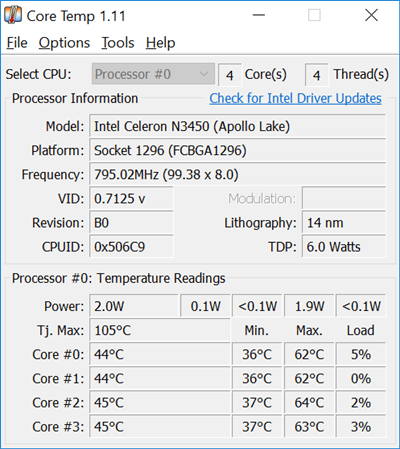 Due to the low consumption of the processor, the laptop’s 8000mAh battery lasted up to 5 hours in light office use, while with movies and browsing it took about 3 hours to drain it. Furthermore, it needed about 2 hours to go back up to fully charged.

Is it worth buying?

For nearly $200, the Yepo 737A is totally worth the money. Most 13-inch laptops in the market come in more than double or triple that price, including some Chinese brands like Xiaomi.

For this price range, the Yepo 737A is probably one of the best choices for office, browsing, and other lightweight tasks, as well as for its portability.

However, we do not recommend the 128GB version, and probably not the 64GB+64GB one. With the extra $100 they cost, we can buy a much better 128GB SSD and add it to the smaller version.

Are you interested in the low price category, when it comes to small screen laptops? Would you like us to review other similar products?

If you have any questions about the laptop or you want to add something, feel free to write in the comment section below.

Previous Post: « What Is The Difference Between Sleep And Hibernate In Windows
Next Post: How To Use Windows Ink With A Digital Pen »