Top
Home / Gaming / Why 3D Video And 3D Graphics Are Still So Awful? 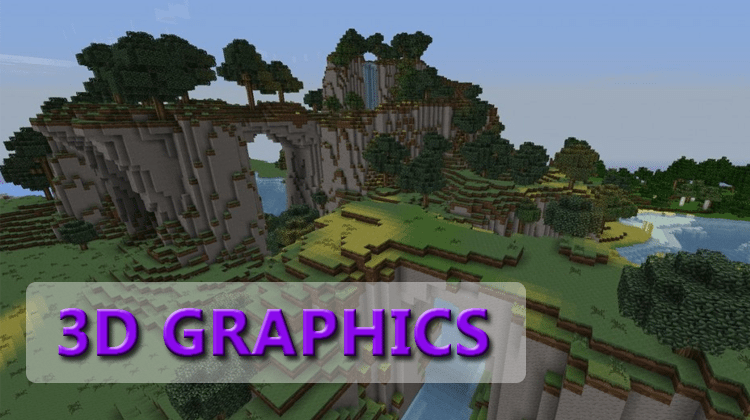 The new products in the market always promise to be “the best so far,” providing a better experience than the previous models; and sometimes that turns out to be the case. However, 3D video is one of those things that is still objectively terrible, no matter what new technologies we keep coming up with. Let’s find out why 3D graphics are so awful and fake that they are not yet worth the money.

The history of 3D graphics

When we talk about 3D video and 3D graphics, we refer to the motion picture that enhances the illusion of depth perception, in an attempt to add the third dimension to 2D video and graphics.

The history of 3D technology starts back in 1844, where David Brewster invented a stereoscope, a device for viewing a pair of images, showing left and right-eye views of the same scene as a single 3D image. 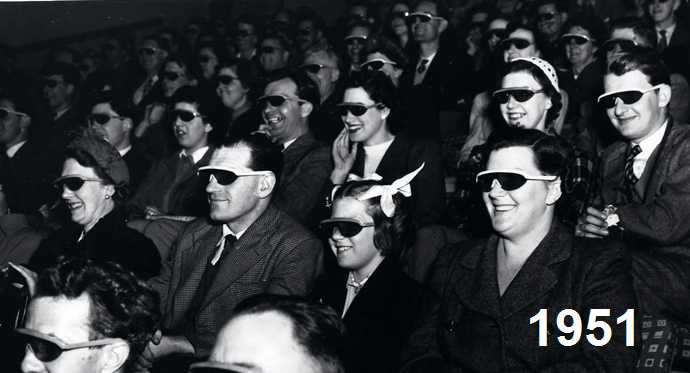 An example of this method is a picture of Queen Victoria that was displayed at the Great Exhibition, taken by Louis Jules Duboscq back in 1851. The photo quickly became popular around the world, and almost overnight, we have the development of the 3D industry.

The first step in the creation of a 3D video came in 1915, where a camera named Kinematoscope (Stereo Animation Camera) was used to produce the first anaglyph movie. In 1922, “The Power of Love” was the first public anaglyphic 3D movie making its way into theaters.

It wasn’t until 1935 that the first 3D color movie came out. For a long time after that, 3D graphics remained unchanged. In the ‘50s, when television became more popular than ever, there was a significant number of 3D movies. However, most movie theaters didn’t support the 3D technology of that time. 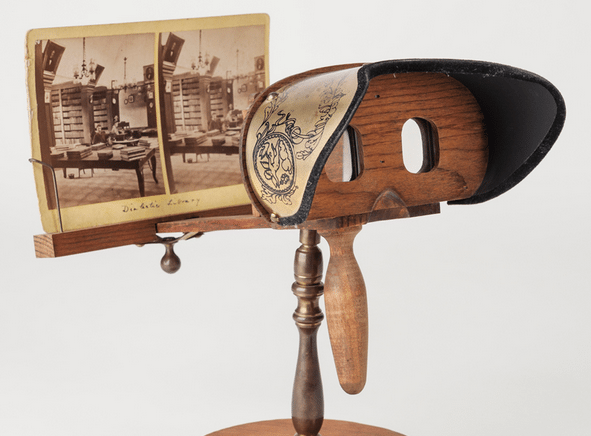 The Space Vision 3D came out in the next decade, with “The Bubble” being the first movie to support this technology. With Space-Vision 3D, playback didn’t require two cameras to project the film anymore.

The films were printed with two images in a single frame, one above the other, and they needed only one projector, fitted with a special lens. This technique is known as “over and under,” and the pioneer behind it is Arch Oboler. 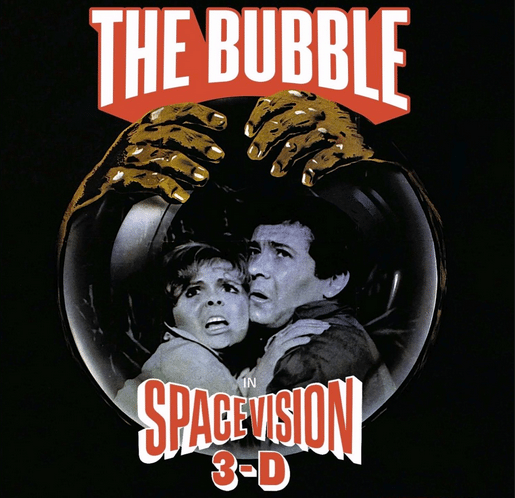 There were some more new technologies the following years, such as Stereovision in 1970, polarized glasses in 1986, and IMAX 3D in the ‘90s. In the new millennium, there was a massive push of 3D on video, either in movies or the television.

But let’s be honest. 3D graphics are still bad, either in the film industry or gaming. No matter the advancements in technology, most of the 3D graphics out there are rather pointless, headache-inducing gimmicks at best.

Nowadays, there are two ways to produce a 3D film in theaters. The first and more realistic 3D is shot with stereoscopic cameras, and it is created specifically for 3D viewing. This method is very expensive, and thus the majority of film productions don’t use it. An excellent example of this method is the film "Avatar," as well as most of the animated films. 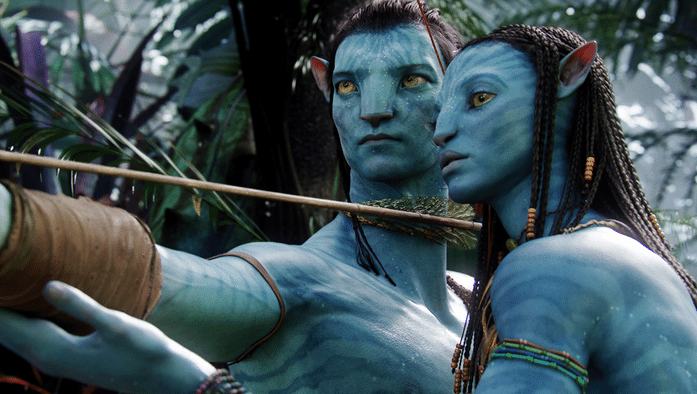 The second method involves the addition of the 3D effect in post-production, which doesn’t produce good results. It is mostly used on high-action films in an attempt to increase the movie’s income. 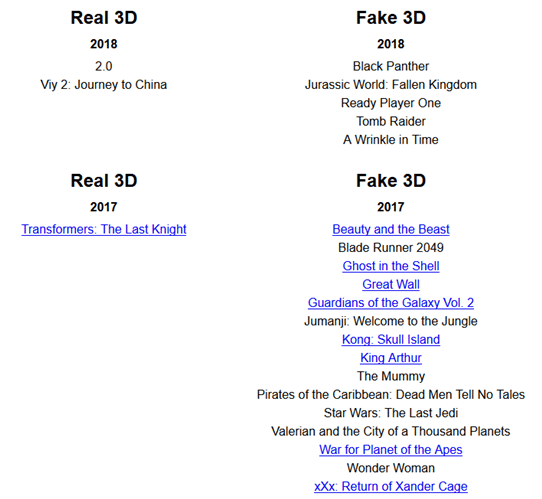 However, converting films to 3D makes them look awful. In case they involve a lot of action, the human brain cannot compensate for the speed of the events in a fake 3D environment, resulting in headaches and motion sickness.

That aside, the theaters charge us almost double the price for a 3D movie, compared to the regular version. So, is the experience of a 3D film so much better that it is worth that price? 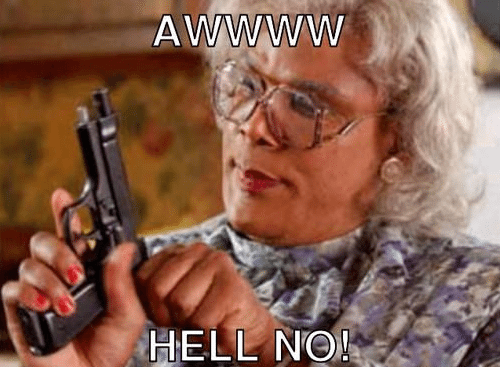 To watch a 3D movie, you need to wear annoying glasses. These make the screen darker and can cause nausea and headaches. Also, last time we checked, it doesn’t even feel “real.”

Well, 3D movies are not worth the price in the cinema, but how about 3D televisions? Is it worth buying a 3D TV for a home theater 3D experience? 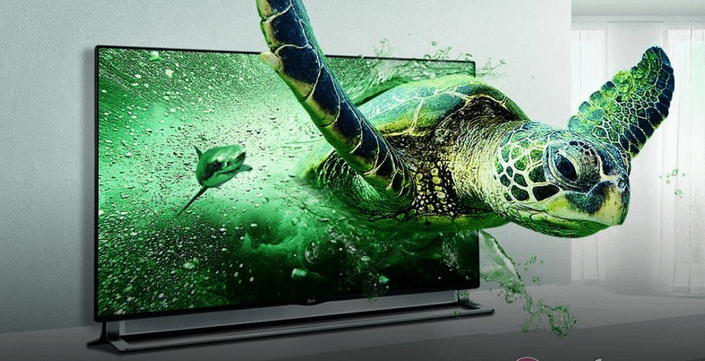 If you take into account that those TVs use the same technologies as the cinema, you may spare yourselves the trouble and - of course - the money.

There might be several techniques to produce the 3D effect; others require glasses, while others don’t (Auto 3D). 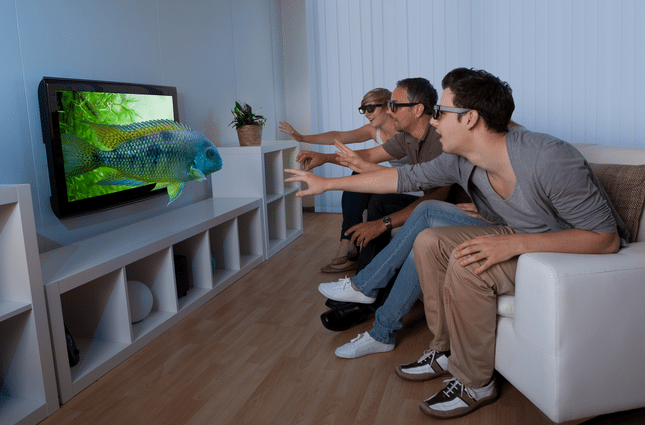 The case in both ways is that the result is yet again disappointing. Not to mention that you would need to purchase the 3D versions of films to be able to watch them in 3D. And guess what? They're more expensive than the standard version.

3D graphics have made numerous attempts to enter the gaming community during the last 30 years, mostly on consoles and handhelds rather than PCs.

In 1987, Square released two games for the Nintendo’s NES, 3-D Battles of WorldRunner and Rad Racer. Both required the user to wear anaglyphic glasses, and - thank goodness - there was an off switch so you could play the game without that awful 3D effect. 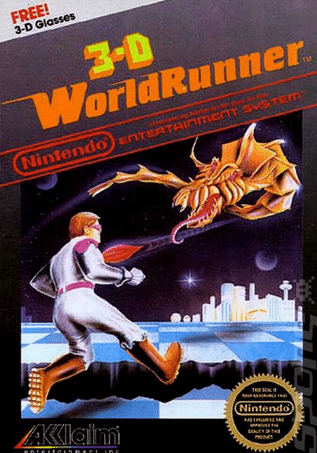 On Sega’s side, we had the Master System with the SegaScope 3D, which used stereoscopic glasses to create the 3D effect. 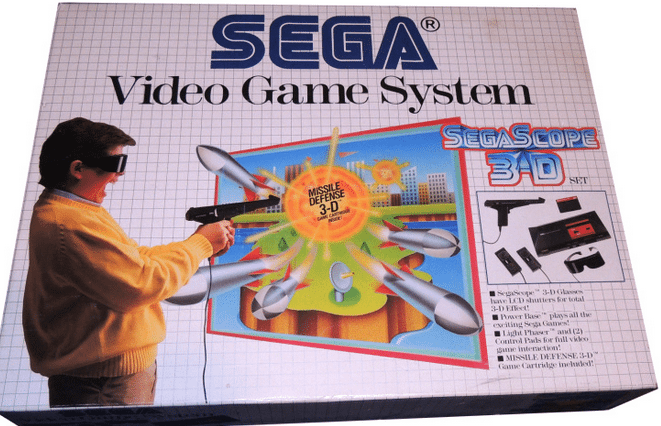 The same technology was also used on home PCs in the 90s. However, there were such few game titles that it’s not even worth mentioning.

And since we’re talking about 3D failures, we can’t forget the Virtual Boy, a handheld console similar to today’s VR glasses, which received a lot of hate back in the 90s. 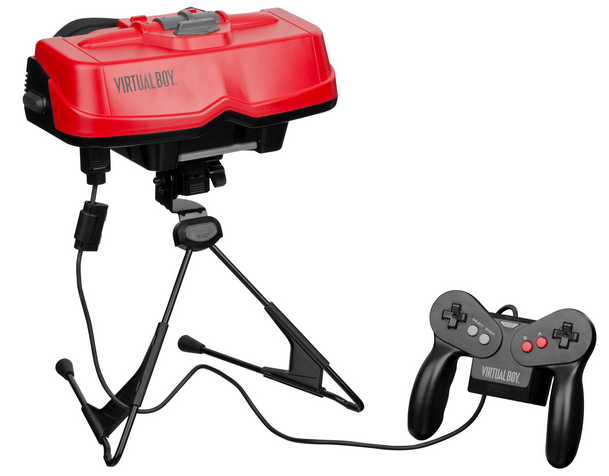 There were multiple other attempts for such a 3D headset, but none of them was successful in the market.

Fast forward to 2011, Nintendo released the 3DS console. For the first time, we had a glass-free experience with 3D graphics in games. However, this technology has a disadvantage as well. 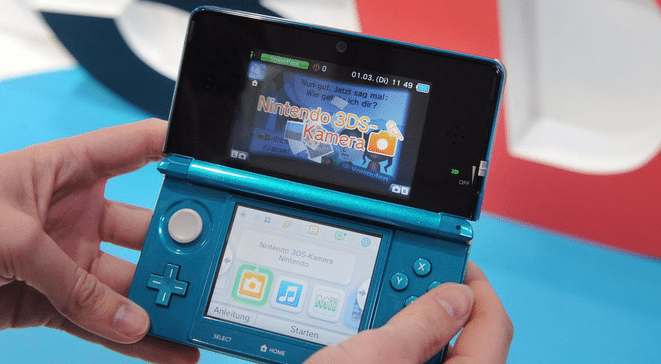 The user has to be at just the right angle, straight in front of the screen to be able to see the 3D effect. If we tilt our head even slightly, the image will appear blurred.

Years later, Nintendo released a new version of the same console, named 2DS, and that's more than enough for you to figure out how unsuccessful the 3D graphics were, even without glasses.

The main obstacle: The Human Brain

If there's one thing we can conclude up to this point, it's that 3D graphics are still awful and unrealistic. But why is that? Why can’t the companies develop a new technology that works without flaws?

The answer is simple. The human brain is not that easy to trick - at least when it comes to 3D graphics.

In fact, it’s pretty hard to make it “believe” that something is real when it’s just a projection on a flat surface. And that’s because we haven't "trained" the brain to do that. There's no such equivalent in real life.

Let’s say that our brain is a processor, which is pretty much true. When we watch a 3D movie at a theater, for instance, we have to focus on the screen that is at a fixed distance away from us. 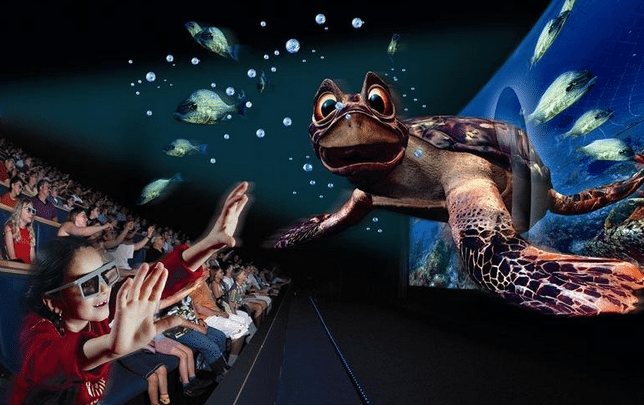 However, the 3D objects are supposed to be at different distances. Our eyes need to converge at multiple lengths, depending on where the 3D object is supposedly at. That might be closer than the screen, or “further” than that. 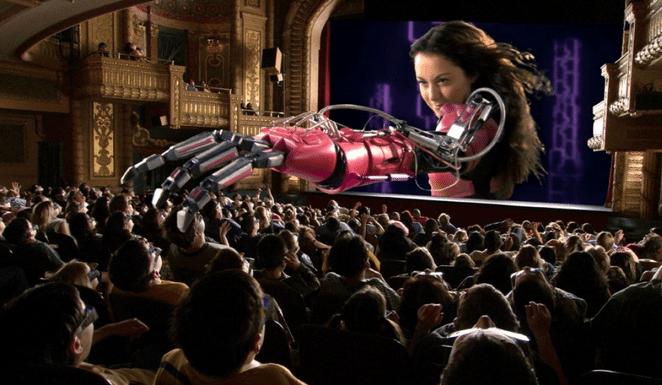 Thus, in a 3D film, we have to focus on one distance the whole time, but converge at many others. 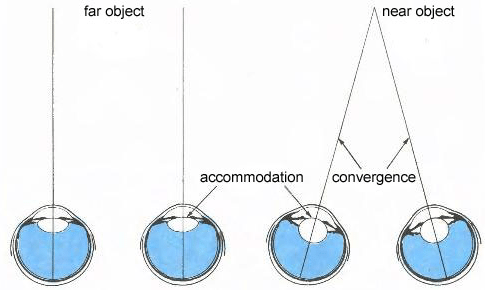 And it’s not that our brain or our eyes are not able to do this. They can, but it requires more “processing power” from our brain, and that is what’s causing the headaches. Sometimes the eyes won’t converge correctly, resulting in blurred or double vision; that’s when nausea kicks in.

If you consider that, it’s not a surprise that 3D technology hasn’t made any progress regarding these issues during the last 50 years or so.

The real question is, can we create 3D graphics that alleviate these problems in the future? Could we train our brains to work harder?

Virtual reality is no different than 3D since it uses a screen in front of your face to project games, movies, or whatever you’re watching.

As we said, the eyes have to focus on a few inches ahead, while they converge much further, where the objects are supposed to be.

That said, we can't avoid headaches and nausea with a VR headset. 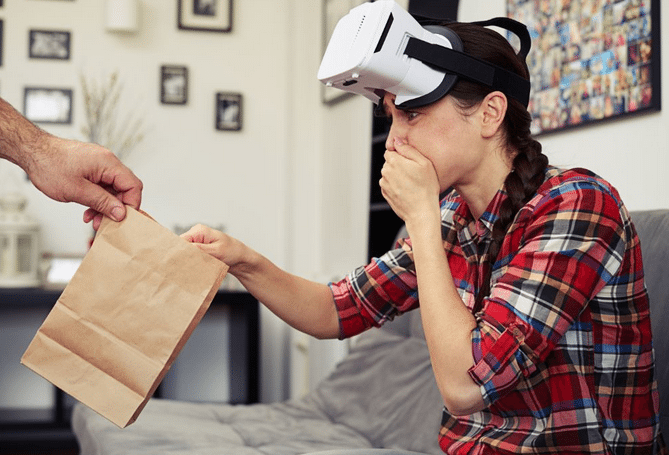 However, VR wins more points on the “convincing” category. It provides a broader field of view, along with head tracking.

Do you use any 3D graphics?

3D technologies are still mostly identical to what they were at the concept's creation, although their invention goes back more than 150.

What’s your opinion on 3D graphics? Do you prefer 3D movies or do you own a VR headset?

Feel free to leave your comments below.

Previous Post: « All The New Kodi Settings And Tricks: Extended Guide
Next Post: How a Power Outage Could Damage Your PC »