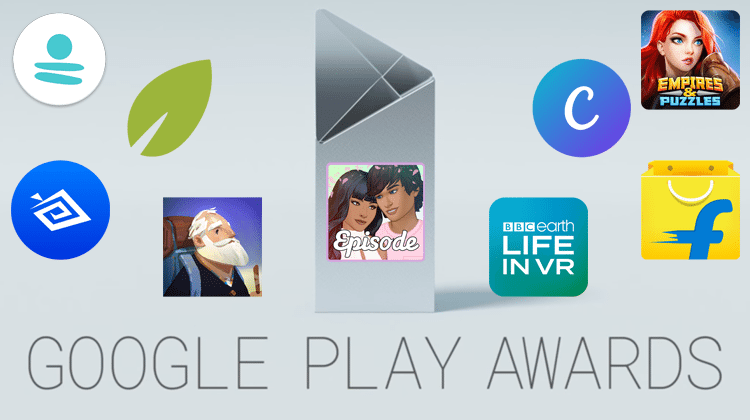 Google shares the best apps on Google Play a couple times every year with us, and the winners definitely deserve their place. This time on Google I/O the company hosted the Google Play Awards for 2018. There were a total of nine categories, and the winners were honestly the best. In this article, we will see which are these apps and what made them stand out.

Google I/O is the company's annual developer's conference, at which among others it presents its future products.

This was the third year Google presented Google Play Awards, in which the company chooses the best apps that made their appearance during the previous year.

The categories are never the same since each year they will either create new ones, merge or remove others. 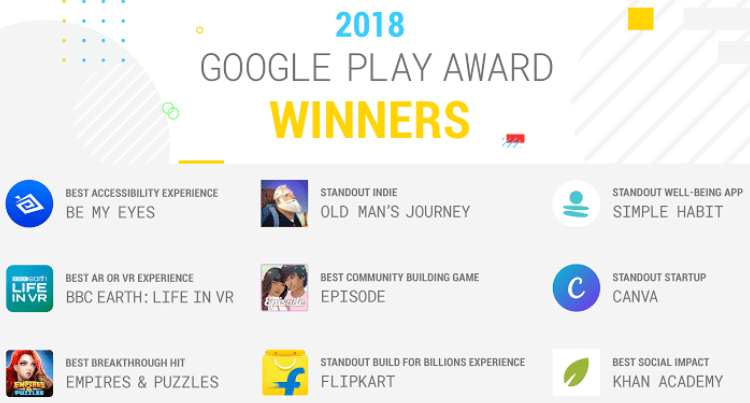 All the finalist apps were either launched or have had a major update since April 2017.

Google employees chose the winners. The apps offered great user experience and had a positive impact on their communities.

The apps in this category help people set goals and be the best version of themselves. Meanwhile, they demonstrate responsible design and encouragement strategies. 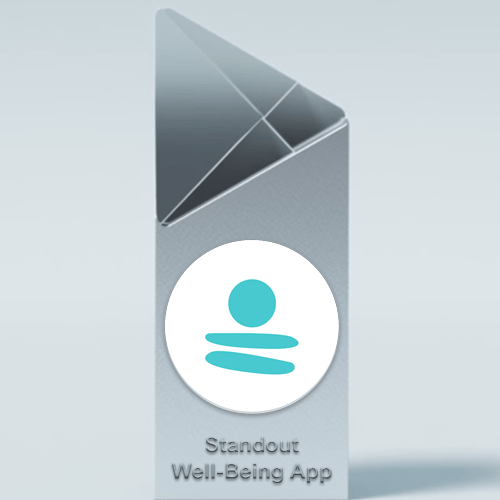 The winner was a meditation app in which the users receive guidance by experts, former monks, and others. Simple Habit Inc. created the app Simple Habit.

It's easy to use. First and foremost, we choose where we are and how much time we have available. Based on those two answers, we get a few relaxation suggestions, we start listening to music, as well as a speaker.

Moreover, Simple Habit suggests one of their programs based on our goals, it tracks our progress, and keeps daily statistics. 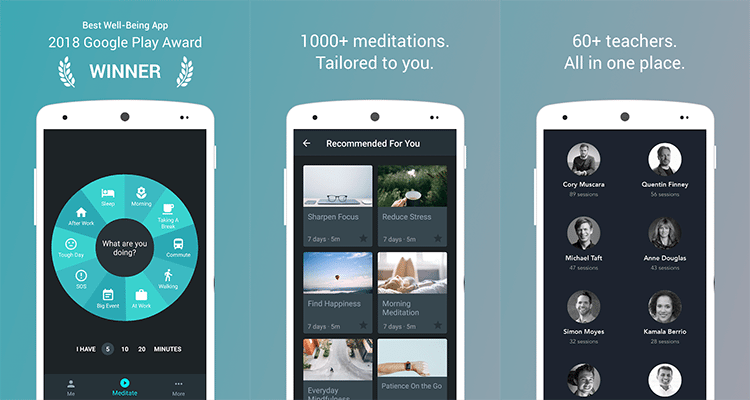 We don't have to spend a single a cent to use Simple habit, but if we want to access all the content, then we have to pay a bit more than 8 dollars per month.

The apps or games in this category enable device interaction that serves people with disabilities or special needs. 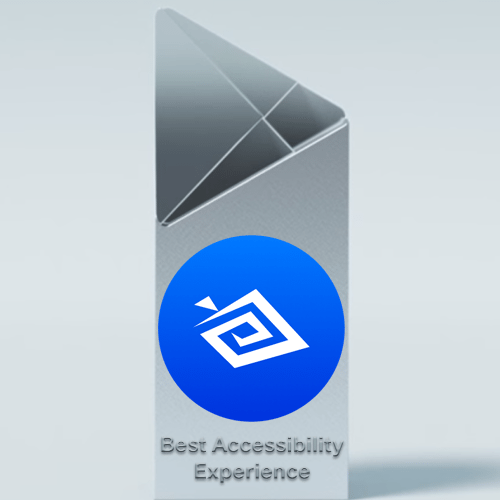 With Be My Eyes, which won on Google Play Awards, the user becomes the eyes of a blind or visually impaired person.

In the app, we will find both volunteers and people in need of assistance. The volunteers will occasionally get a notification that someone in need requires their aid.

Through the notification, we accept the request for help, and we connect with the user in need via a video call.

The creators mention that all the calls are answered within the first 60 seconds. 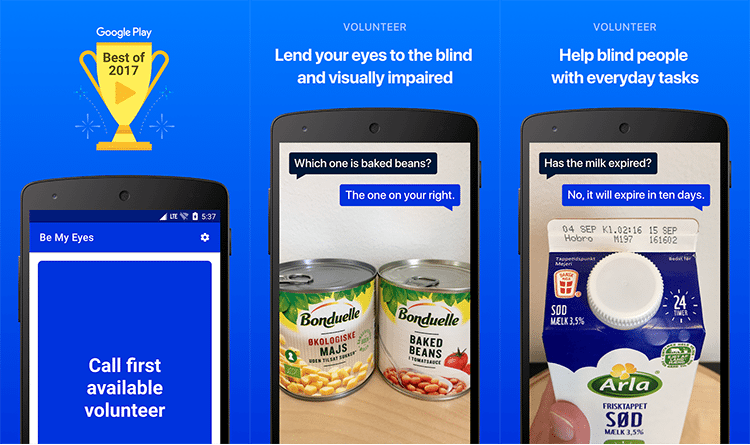 The request might about reading the expiration date of a product, or easy daily tasks people with full function often take for granted.

This is one of the most interesting categories on Google Play Awards. The apps here created a positive impact in communities around the world. 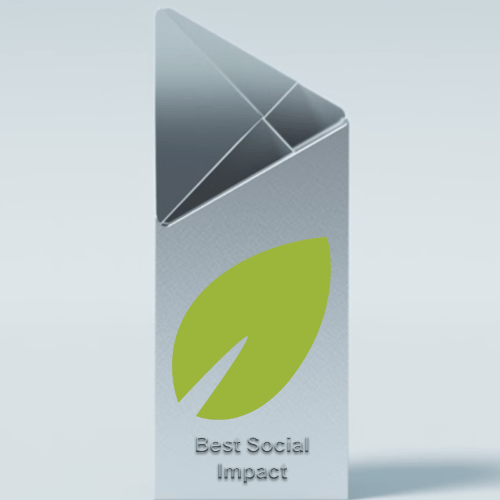 They may focus on a range of issues such as health, education, crisis response, refugees, financial health and fundraising functions.

The winner was Khan Academy which helps us gather knowledge on any topic.

There are videos and explanations via text for every lesson. Meanwhile, we can test our knowledge thanks to the tests the app provides. 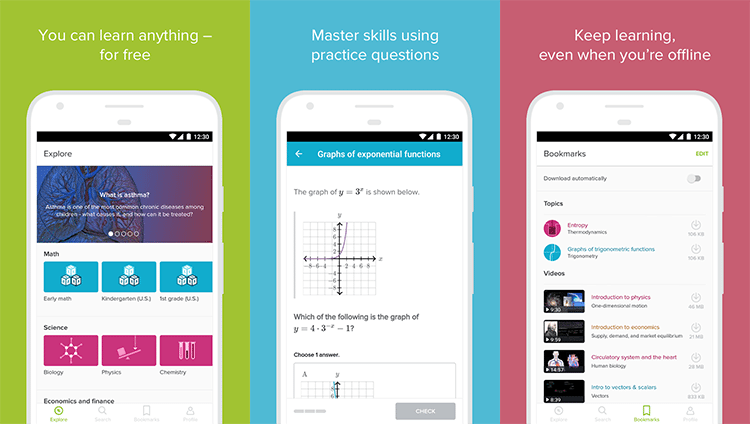 Khan Academy is free, with no limitations and more than five million users trust it. It's current Google Play rating is 4.6 stars.

A category that showcases will, passion, and perseverance. Games created by indie developers with no financial support from big companies. 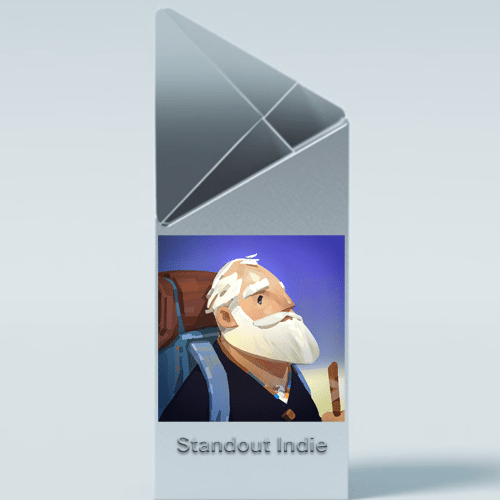 On 2018's Google Play Awards, the winner of this category was Old Man's Journey.

The game made by Broken Rules Interactive Media GmbH deserved the win since it had incredible aesthetics, interesting gameplay mechanics, and was impressively polished.

On Old Man's Journey, we will learn the story of a senior man, solve riddles, and create his path forward.

The graphics are astonishing, and the music is enjoyable. Finally, the story is quite moving; it will keep us glued to our phone for hours.

The contesters in this category were games that connect gamers and encourage social interaction and community building. The game Episode, from Pocket Gems, was the winner of this year's Google Play Awards. 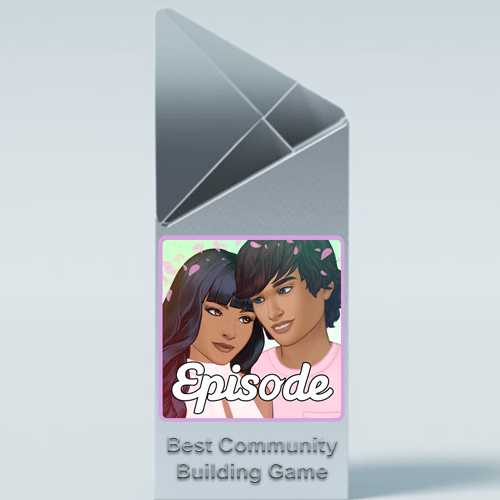 In this app, we will find virtual stories for every taste. We interact with the main characters, and our choices are what shapes the story.

Apart from stories created by the developers, we can create our own, and star those created by other players.

The Episode game is free, but it offers in-app purchases. For example, every time we finish a chapter of a book, we use a ticket.

If we are out of tickets, we can wait four hours to get three for free or buy as many as we want with real money. 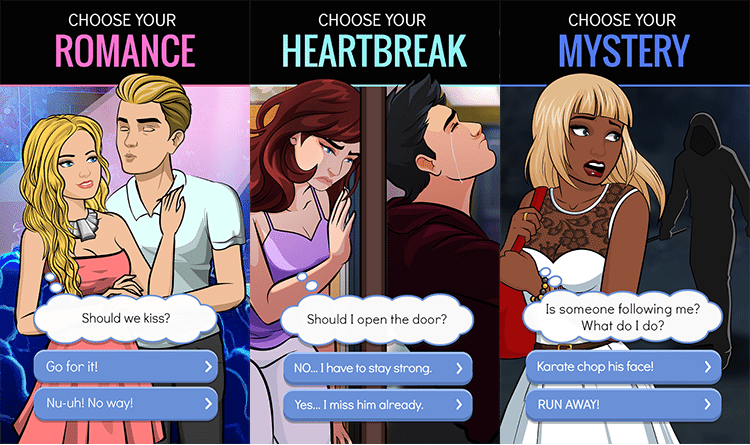 More than 50 million users have downloaded this app, and the rating on Google Play is 4.3.

Last year, there were two separate categories, one for virtual reality and one for augmented reality. This year, the two merged, and the apps in this category offer highly engaging and immersive experiences with the optimal use of ARCore or Daydream UI. 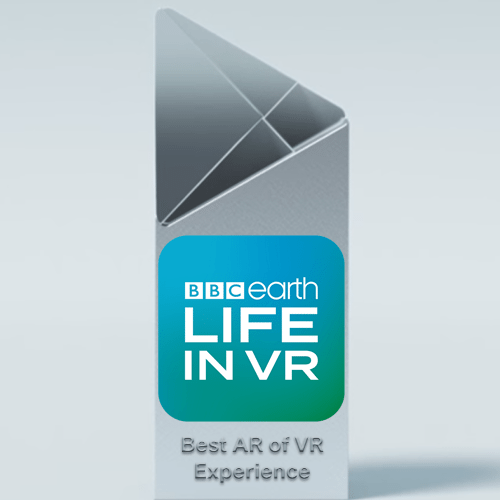 This year's winner was BBC Earth: Life in VR, from BBC Worldwide (Ltd).

With the help of the app, we will discover the underwater world of the Californian Coast. We will dive into the ocean, explore reefs, and go into the dark abyss.

On this trip, we will find information on the creatures we meet, how they live, and much more. 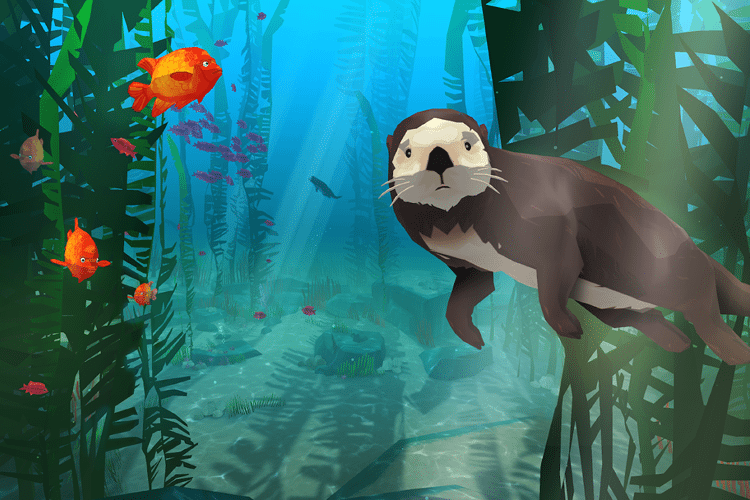 Even though only 10.000+ people have downloaded the app, the 4.9 rating doesn't go unnoticed.

The apps in this category were designed to offer optimal performance. Also, some of their goals were to support both local and growing markets, as well as to promote the given culture. 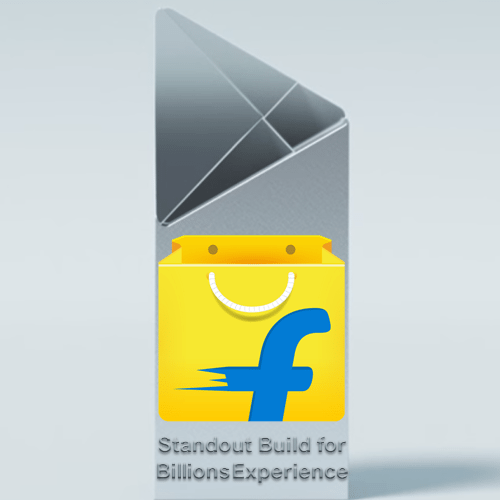 The winner was Flipkart Online Shopping App, a well-known app on markets such as India.

On Flipkart, we can find exclusive products, read comments from other users, and learn about upcoming sale events. 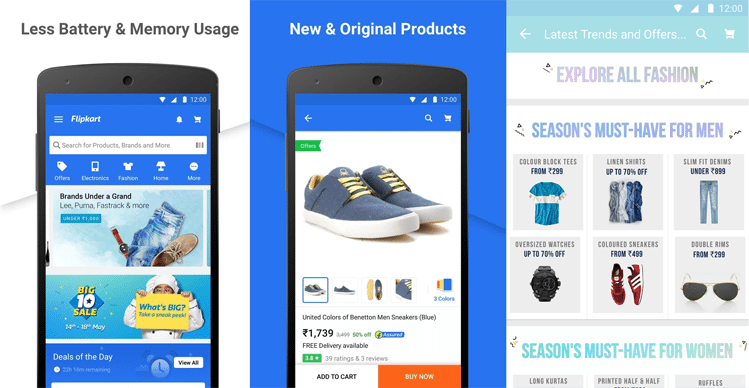 The app already has more than 100 million users who rated it with 4.4 stars.

Daily, dozens of new apps get released on Google Play, so it made sense to have a category for new developers on Google Play Awards. 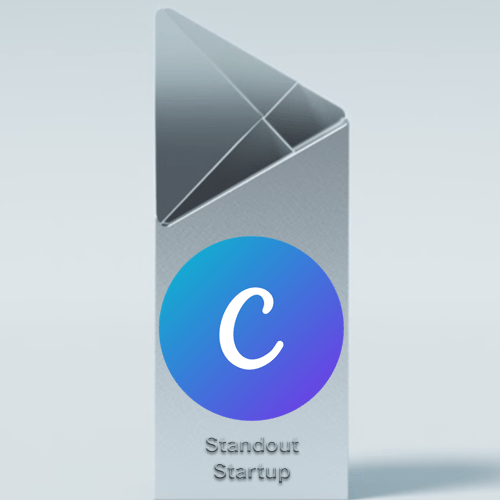 With its help, we can create Facebook covers, posters, cards, invitations, and many more. All these are possible with the use of simple tools and premade graphics elements.

We can download Canva for free. It offers countless stock images, fonts, templates, and editing capabilities. Meanwhile, we can buy extra tools and materials from its app store. 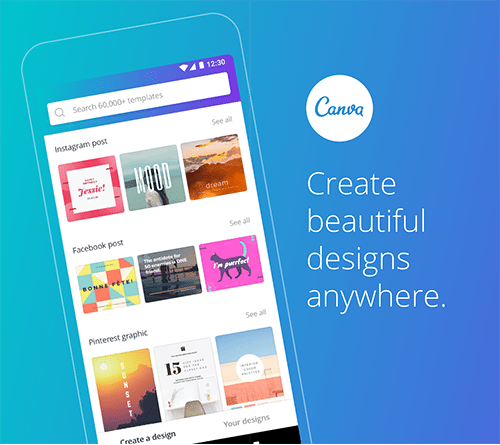 Finally, the app allows us to share our creations with our friends on social media, and more.

Canva has 5 million downloads and 4.7 rating to prove its success.

The most puzzling category on Google Play Awards is this one. This category rewards new apps or games with excellent overall design, user experience, engagement, and retention, as well as strong organic install growth. 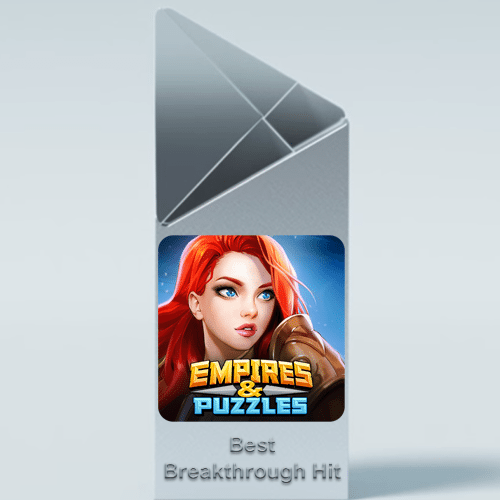 Google found all of the above in Empires & Puzzles: RPG Quest from Small Giant Games and crowned it the winner.

Empires & Puzzles shook the RPG game world. The designers combined match-3 battles, the build of a stronghold, and PVP duels.

To top all these, they added the collection aspect; we can collect heroes of 5 different elements. And to wrap up the package, players can also create and join alliances. 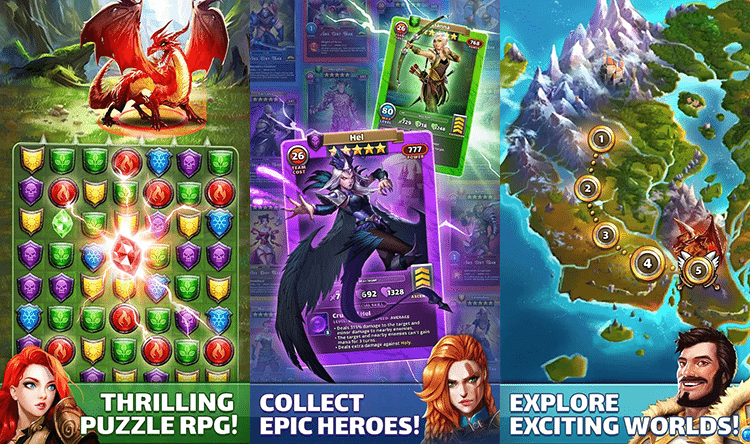 This is a free-to-play game with in-game purchases. It has surpassed the 10 million downloads mark, and it has a 4.8-star rating.

These were the winners of Google Play Awards 2018

Among the finalists of Google Play Awards 2018, there were famous games that didn't make the cut.

An example is PUBG MOBILE, which lost not only one, but in two categories. It wasn't the winner of "Best Breakthrough Hit" or "Best Community Building Game."

No matter what, these were the winners, and since Google chose them, it's safe to say they know better than we do.

Previous Post: « Xiaomi Mi 4K Drone - The Most VFM Drone On The Market?
Next Post: Free PC Games As Alternatives To Expensive Titles »