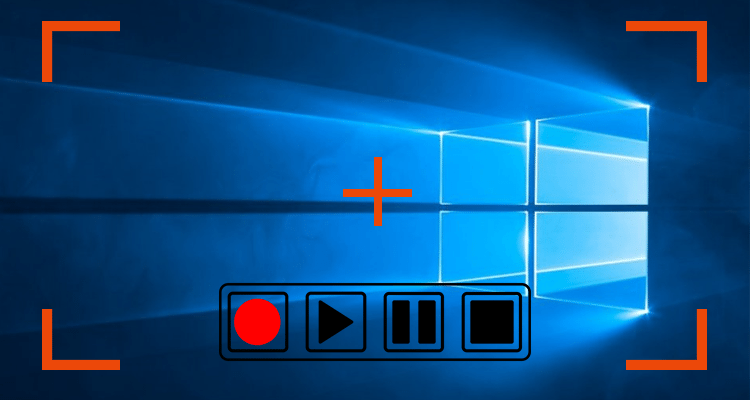 Nowadays, a significant number of gamers make a living by live-streaming on Twitch. Others are interested in uploading gaming videos on YouTube. In either case, a screen recording application is essential, to capture the screen content and share it online. There are several free apps for that purpose, and below we will see the best of them.

The free versions of some popular screen recording programs, such as Fraps and Bandicam, add watermarks on the final video.

In this guide, we won't be mentioning any such applications. The programs we suggest don't use any watermarks, and they are completely free.

If you are interested in more free applications, check out our guide:

The 400+ Best Free Apps for Windows

When do I need a screen recording app?

The most common reason to use a screen recording app is to create gameplay videos. Gamers often use screen recordings, to upload videos on YouTube, or stream in websites like Twitch.

Even if you're not a gamer, there are several reasons you might need to capture your desktop. For example, you might want to create a tutorial video on how to use a particular program. There are plenty of tutorial videos like this on YouTube.

Whatever the case, we will need a screen recording application to do the job. Let's see the best free screen recorders. 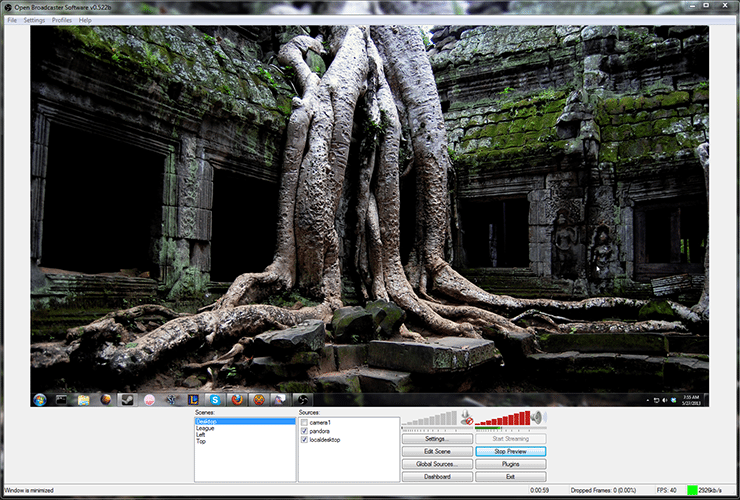 The app is top-rated primarily among gamers, and more specifically those who are interested in live video streaming. We can easily say that it is the best free application for that purpose.

Of course, we can use it for a simple screen capture, but it would be a waste of its potential.

OBS has two versions, OBS Classic and OBS Studio. The second one is compatible with all operating systems, and it has a wider range of tools.

In case we are not that much into streaming, but we rather want a program to record our gameplay, we can rely on Loilo. 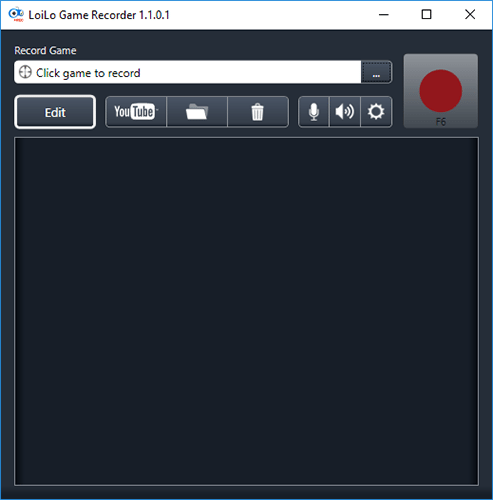 It is a very lightweight app and very popular among gamers. One of its best selling points is the high video quality, due to the Motion-JPEG format that Loilo uses.

The final video may take up a lot of space, but it has the best quality we can get. After the capture, we can compress the video to the desired format with a video conversion app.

Also, loilo allows us to upload our video directly on YouTube.

Along with the screen recording software, the installer also added LoiloScope without asking for our approval, a program used for video editing. You can give it a try, or uninstall it.

Besides gaming, we may want to capture our screen for other reasons. Active Presenter is an all-around screen recording app. Although it has a paid version, the free version is more than enough for basic usage.

When we run the program, we can choose between capturing the whole screen, or a smaller region. Moreover, Active Presenter allows us to record the system sounds as well. 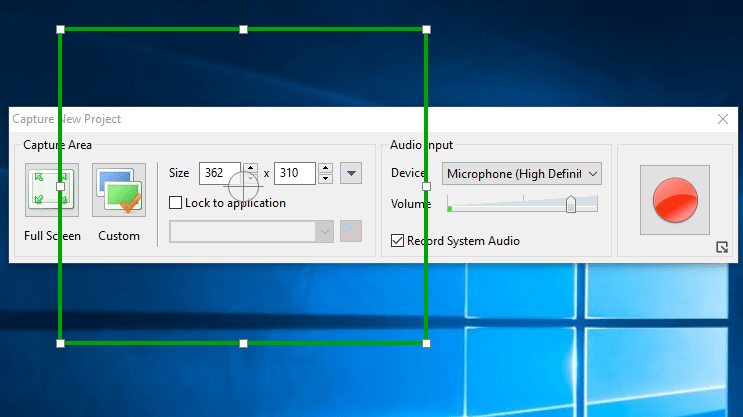 Once we've finished, we can edit the video and cut out specific shots, add transition effects, background images, and much more. 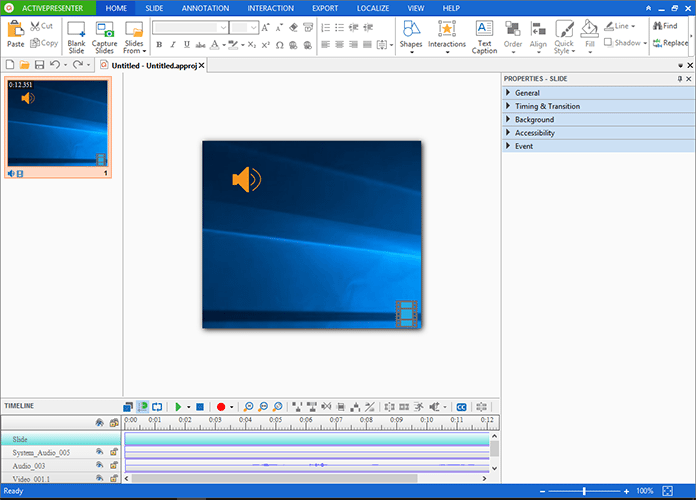 This app is a complete solution for someone who wants screen capturing and editing combined in one program.

The free version doesn't add any annoying watermarks on the video, and it has no restrictions, according to the developers. 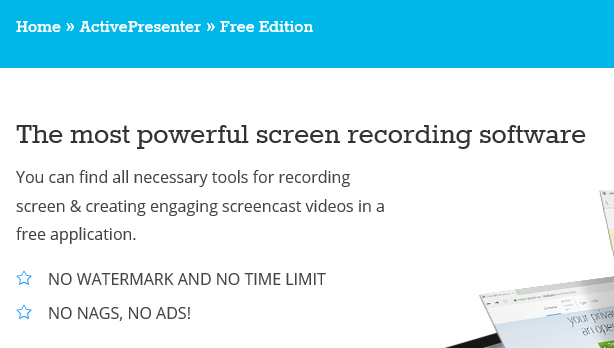 Flashback has two paid versions (Pro and Plus), but it also has a free version, known as Flashback Express. 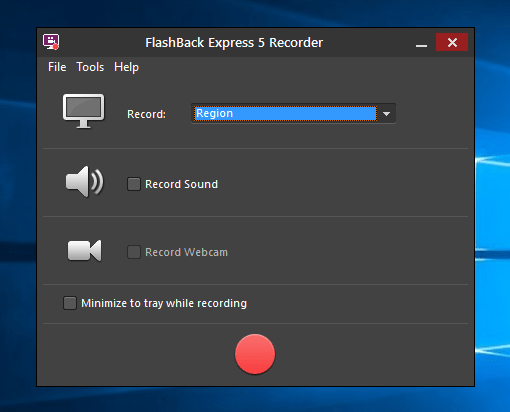 Comparing the paid versions with the free one, we notice that it doesn't have many export options. In fact, we can only save our video as avi or flv.

However, if our only interest is to upload our videos to YouTube or other streaming sites, Flashback Express is still a good alternative.

To download it, we need to enter our email and use the activation code for the free version.

The program's interface is very similar to Active Presenter, and it also offers video editing after our capture. That said, it doesn't have as many options as Active Presenter. 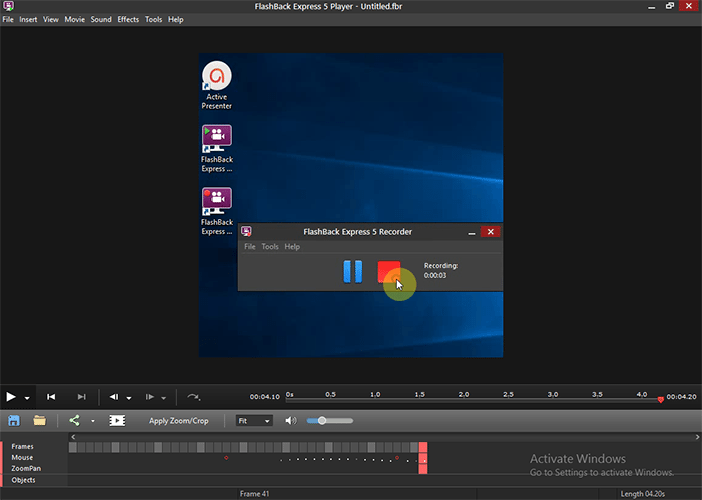 This program is specialized in screen recording for educational purposes. With Wink, we can record our screen and add instruction buttons, titles, and much more. 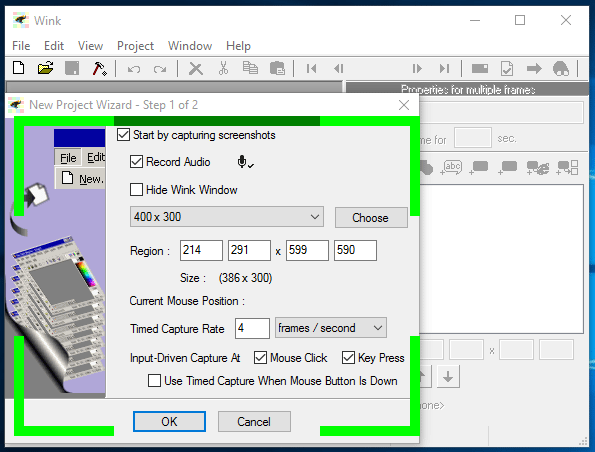 It is the ideal free screen recording software for making video tutorials, hands down.

The only downside we can think of is the complicated interface. Wink requires some practice before you'll be able to use its full potential. 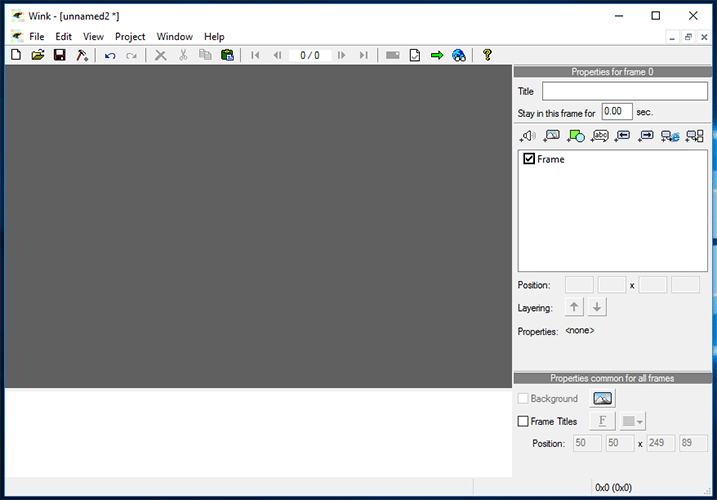 If you are looking for a simple app, Icecream screen recorder may be the program for you. 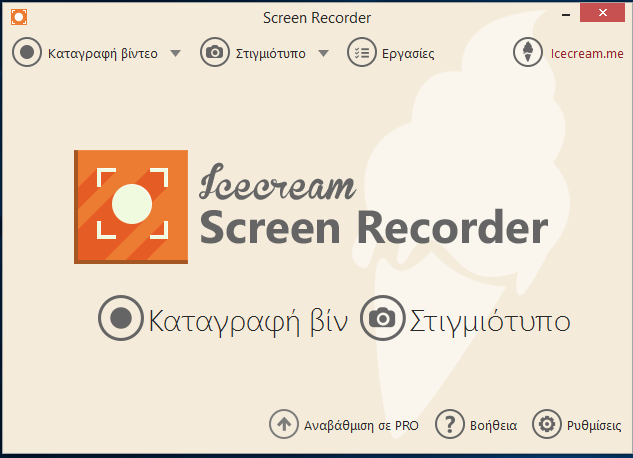 It allows us to capture any region of the screen, either as video or as a screenshot.

The free version has a 10 minutes limitation on video recording, and unfortunately, it doesn't support many formats.

However, Icecream screen recorder is very simple to use and can be convenient for users that don't capture videos very often. It also includes painting tools, in case we want to draw on the region we record. 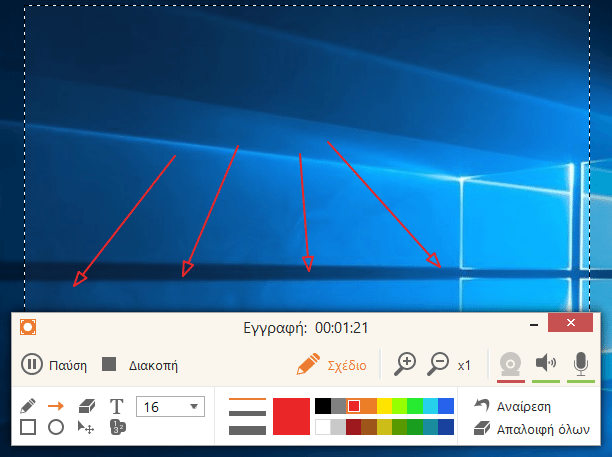 For those not interested in editing options, but still want an easy screen recording, they can try oCam. 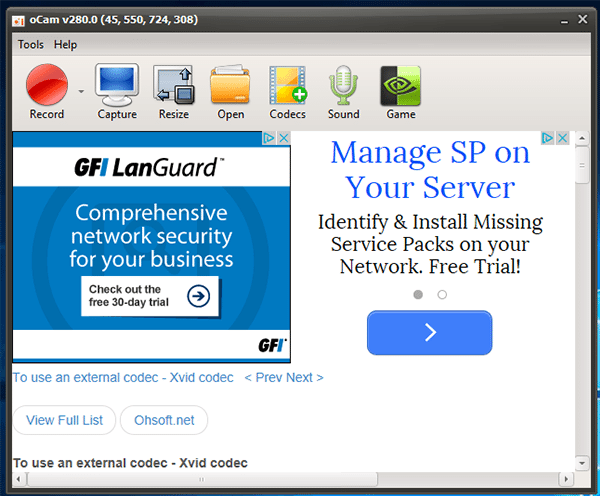 It does an excellent job in screen capturing, without any difficulties. The only problem with oCam's free version is the ads. If ads don't bother you, it is very simple, and we recommend you to give it a try.

The sad story of CamStudio

Camstudio has been one of the most popular programs for screen recording. However, we don't recommend you to install it, as it has been accused in the past for malware.

Its story began in 2001 when it was released as an open source program, and it became very successful for screen recording.

In 2013, the developers decided to include various apps in the installation file. Since then, many antivirus programs have reported it as malware, detecting plenty of PUPs (Potentially Unwanted Programs). What's worse though, is that in 2014, the installer was infected with a trojan. 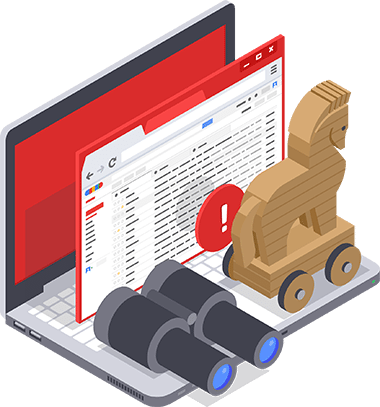 In early 2015, CamStudio's installation contained malicious software, and thus users lost their trust to the developers. However, as of the beginning of 2016, the program is considered safe to install.

If you choose to install it despite all these, you should be careful to press all the "Skip" and "Decline" buttons on the PUPs you'll be prompted to install. That's why VirusTotal found 17 threats, even though the program itself looks safe now.

CamStudio offers all the basic options for screen capture, and you can download it for free. 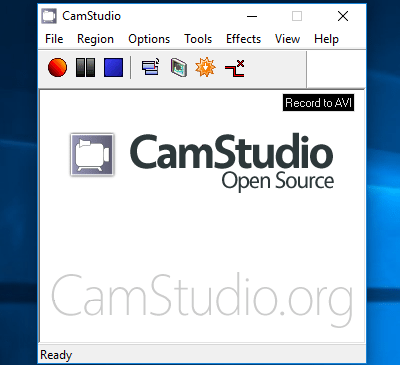 Furthermore, it is straightforward to use, and it looks very similar to oCam.

Which screen recorder do you prefer?

Did our list help you to choose a screen recording application that suits your needs?

If you have any other recommendations or if you have trouble using one of these apps, feel free to leave a comment below.

Previous Post: « How to Get a Longer Battery Life For Laptops, Smartphones, or Tablets
Next Post: Tired of Skype? These Are The Best Skype Alternatives »