It's no secret that Internet Explorer is the best browser for downloading Chrome or Firefox. It seems that Microsoft agrees with the sentiment. That's why they started developing a new, different browser. Let's take a close look at Microsoft Edge, the browser that history will remember as the IE killer.


How to Install Microsoft Edge

Currently, the early Microsoft Edge beta is only available for those who run Windows 10 Technical Preview. There is no way to install it on another version of Windows or another operating system.

Even for us who have Windows 10 Technical Preview, there are some steps we need to follow to get Microsoft Edge on our system.

To begin with, we need to have at least build 9926 from Microsoft's late January ISOs.

It's the build that introduced Cortana, among other changes.

Then, we need to open Windows Update, through the search function. 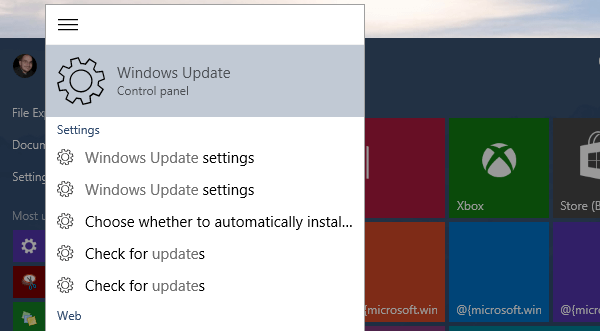 Before checking for updates, we click on "Advanced options". 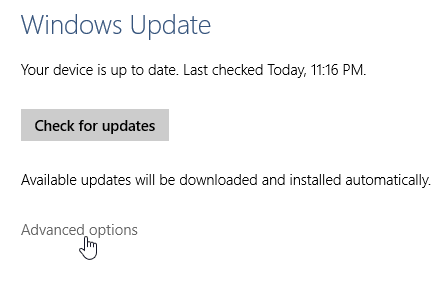 There, on the "Choose how preview builds are installed", we select "Fast".

After that, we check for updates. The update we need for Microsoft Edge is fbl_impressive 10049 Professional. 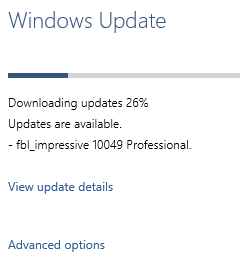 - Between you and me, I don't know what's so impressive about it. But I digress -

If it doesn't show at first, but we get other updates, no worries. We just install the updates, reboot if needed and try again. Those build-changing updates prefer to show up alone, not with the other, peasant updates.

Once the 10049 update finishes installing, we need to reboot.

The system will reboot a couple of times to get the latest build installed. 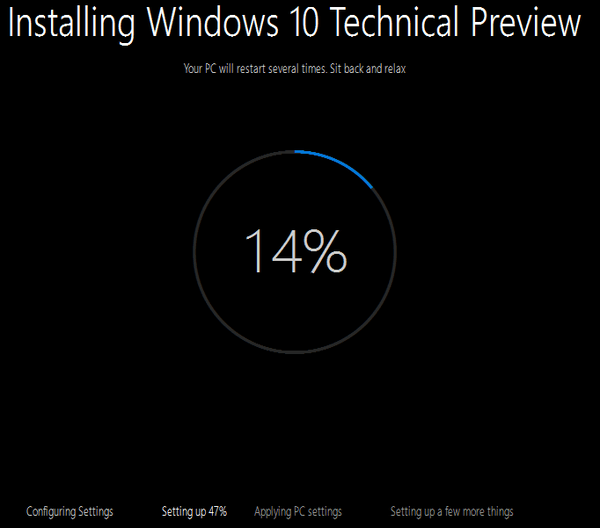 After all is said and done, we will find Microsoft Edge as the first icon on the taskbar. 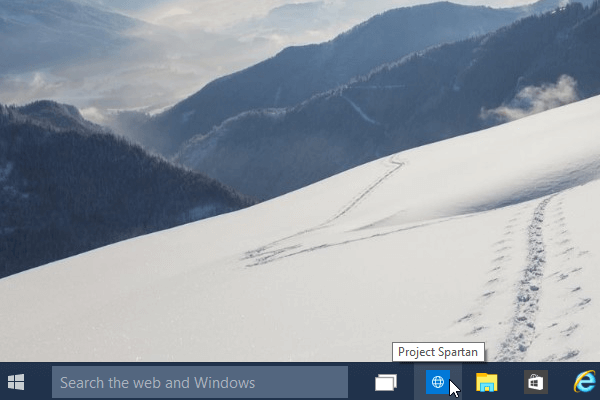 First of all, Microsoft has no illusions about how much more they need to work on Microsoft Edge. Currently, it is a mere preview, and it should change a good deal until the final version.

One thing we hope goes away is the splash screen with Microsoft Edge's logo. 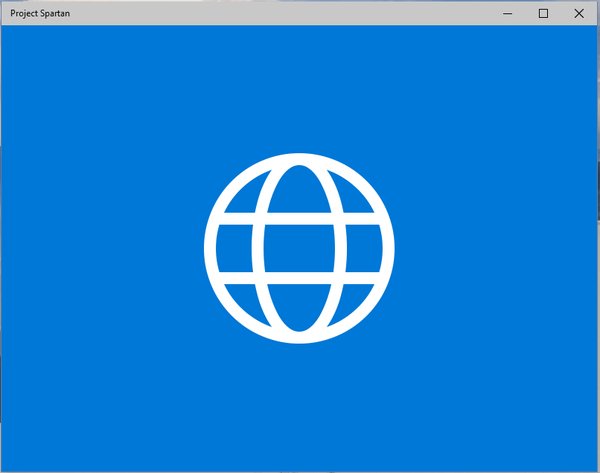 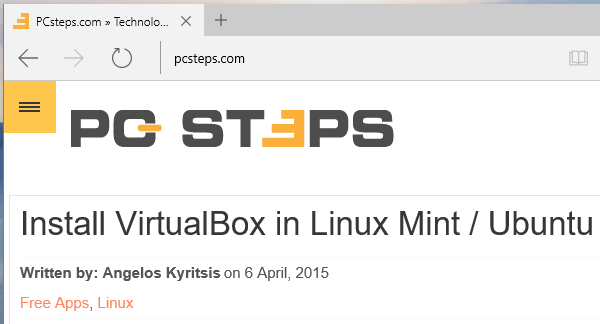 What's weird, though, it is that it takes up about 30% more page real-estate compared to Internet Explorer. It is a curious choice since most other browsers tend to shrink.

The URL bar is within the tab, and indistinguishable from the rest of the controls, unless we click on it.

The browser's menu is also quite plain, with just a few essential options so far. No mention of add-ons yet, it seems to be too early for that. 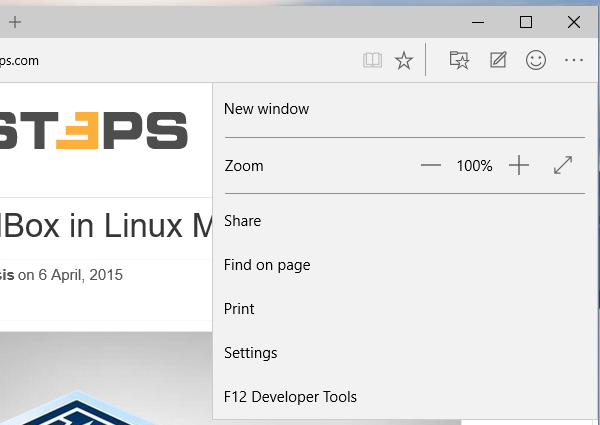 The right-click context menu is nonexistent, showing just a "Select all" option.

We can move the tabs around, but pulling out a tab to create a new window doesn't work so far.

Apart from the looks, let's see the elements that promise to make Microsoft Edge stand out of the browser crowd.

Cortana is a card that no other browser can play. By typing certain things into the address bar, fun things can happen. And when we say "fun things", we mean specific information could appear, about what we typed.

For example, typing MSFT - the name for the Microsoft stock on NASDAQ... 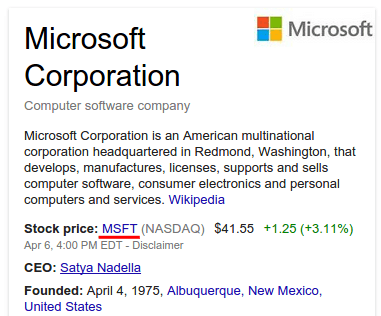 ...we get relevant stock information, before even hitting "Enter".

Also, visiting specific business pages, such as restaurants, will prompt a message. 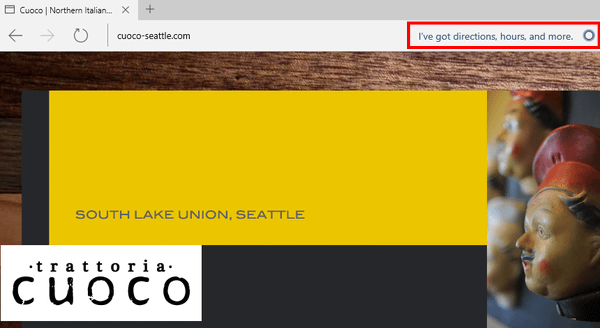 Clicking on Cortana's circle will show, within the page, useful information about the company. There we will find the address, the operating hours, phone numbers, reviews, etc. 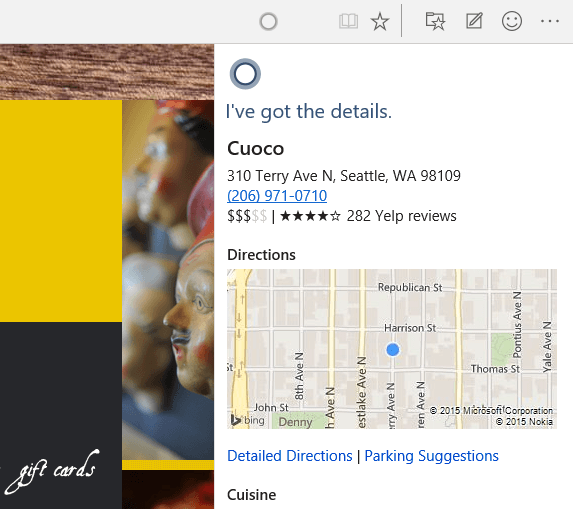 We can also select text, right-click and choose "Ask Cortana", on almost anything. If we want to learn about pasta...

...we can do it without ever leaving the page. 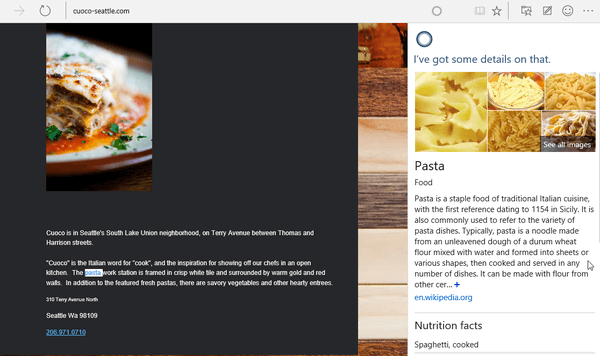 For the time being this wisdom of Cortana only works in the United States and with the English language.

We guess the final version will support more countries and languages.

The little book icon next to "favorites" initiates "Reading View". 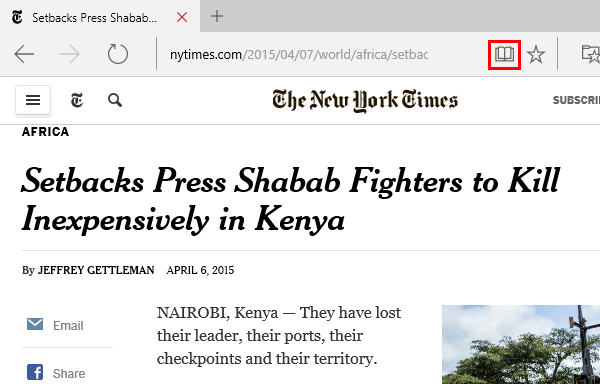 Reading view is a distraction-free mode to do reading on the Internet easier.

The thing is, it will only work on particular types of posts. For example, it will work on one post of the New York Times... 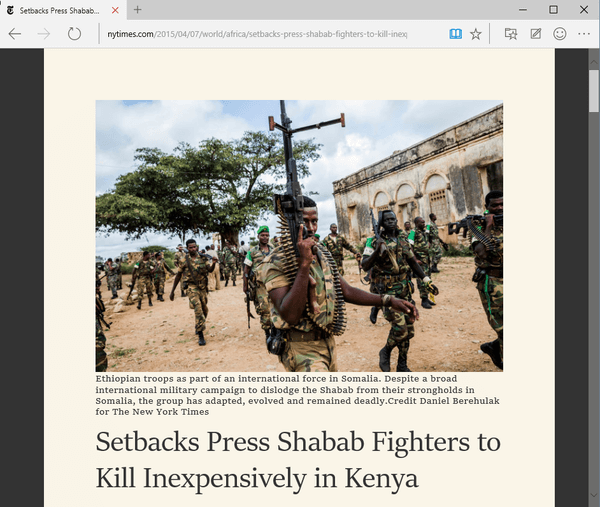 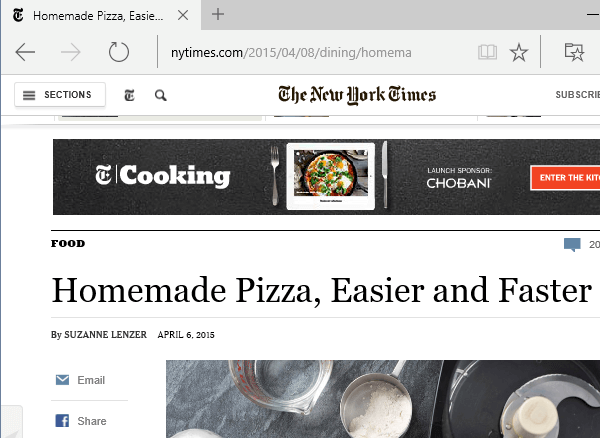 It also isn't a great selling point for Microsoft Edge. Even Internet Explorer had a reading view.

Annotations are something no other browser does because no browser needs to do it: give us the ability to take notes on any page.

We just click on the notepad icon, next to the smiley face.

It's pretty buggy so far. On some attempts to use the marker or the highlighter, it would just move the page as an image. 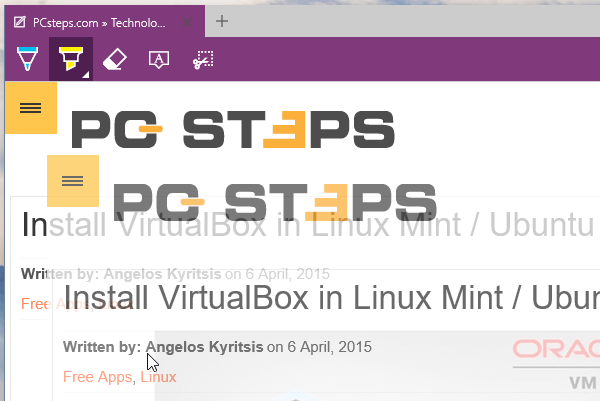 Other times, it would reload the page and not show the tools at all. Just the tab's color would change to purple.

It would also often crash while reloading for the web notes to work. 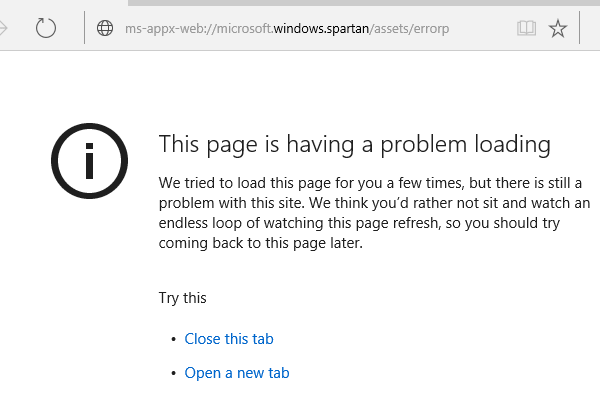 We managed to get it to work by chance. We think scrolling down the page at some point and then back up helped. 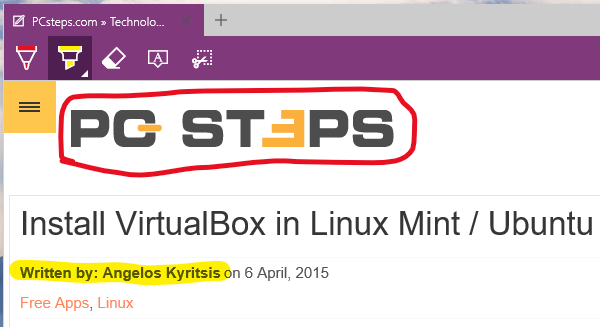 The marker and highlighter worked as advertised. There isn't a keyboard shortcut, for drawing straight lines, though. Maybe we need to use a ruler.

The eraser doesn't allow us to erase a single part of something we drew, only has a nuclear "clear all" option.

There is also no "undo" function, so we need to keep our notes simple. 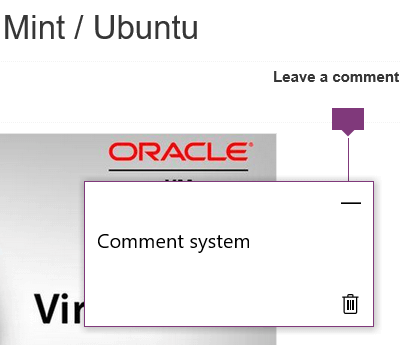 ...and a snipping tool, or something like that. Though we can't see why it's better than Windows' Snipping tool. 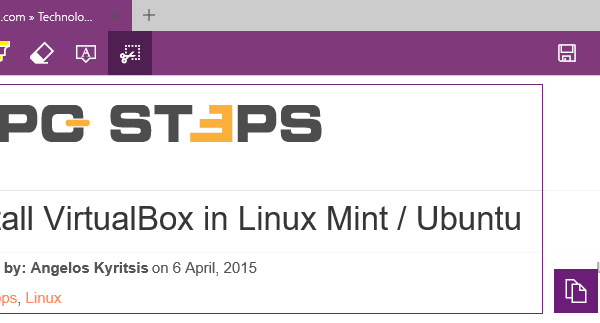 The biggest thing that is missing from the annotation feature, though, is the "Why". As in "Why would I ever need this feature?". Hard as we try, we fail to grasp the logic why this would be a selling point for Spartan.

How did you find Microsoft Edge so far?

Microsoft Edge has a way to go before the final version, and this preview is just that: a preview of the things to come.

Do you thing Microsoft Edge will be an important browser in the future? Or will it be another way to download Chrome and Firefox on a fresh Windows installation? Leave us a comment.

Previous Post: « PCsteps: Making the Complex Simple and the Simple Easy
Next Post: Raspberry Pi Emulation for Windows with QEMU »