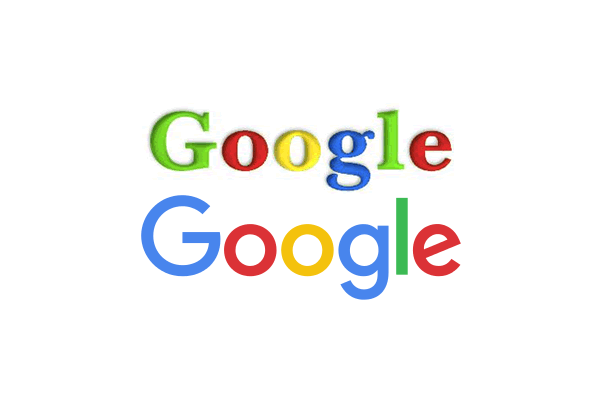 Since September 1st, 2015 Google officially has a new logo. The previous Google logo seemed to have existed forever, but the company has gone through a couple of logos in its early years. This is the history of the Google Logo and the changes it went through.

Back in 1997, Google as a search engine was still on the servers of Stanford University, and there wasn't even a company yet. The search engine needed a logo, and somebody came up with a solution we can only describe as... "colorful".

Or "awful". That will work too.

There isn't much information about who created this logo. With good reason, we might add.

1998: The first proper Google logo, made with GIMP

After the first train-wreck of a logo and with Google not wanting to hire a graphic designer yet, Sergei Brin took the matter into his hands.

Using GIMP, the free and open source Photoshop alternative, he created the first proper Google logo. He chose the Baskerville Bold font, and a green "G".

This logo, however, was very short-lived, and would be replaced within the same year.

For the time being, the only change was in the color, and the addition of an exclamation mark to mimic the Yahoo! logo.

For the color scheme, the company used primary colors for all the letters, except for the green "l", which is a secondary color. This "brought back the idea that Google doesn't follow the rules".

In late August 1998, the Google team went to the Burning Man festival and replaced the logo as an out of office message.

That was the first Google Doodle. Today, there are hundreds of them, created by Dennis Hwang, commemorating from national and international holidays to famous personalities across history.

This is the logo most of us saw when we first visited Google. It was introduced on May 31, 1999.

This was also the first professionally made Google logo. The Google team brought in the graphic designer Ruth Kedar to design the logo that eventually made history.

Kedar kept the same color scheme and replaced the fond with the Catull typeface, an old style serif typeface designed by Gustav Jaeger for the Berthold Type Foundry in 1982.

The first change to the Google logo in ten years was on May 6, 2010. It made the Google logo more bright, reduced the projected shadow behind the letters, and changed the previously yellowish second "o" to orange.

On September 19, 2013, Google completely removed the drop shadow from the logo, going for a simpler flat look. They also changed the color hue.

On May 24, 2014, the Google logo received a transformation that is very hard to notice with the naked eye. 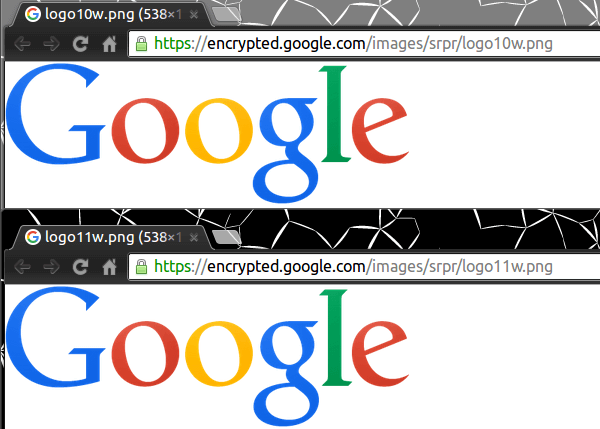 Why was this changed? According to a Google spokesperson who contacted Gizmodo, they tweaked it "to make sure it looks its sharpest regardless of your screen resolution".

This is the first significant change to the Google logo since 1999. Google abandoned the Catull typeface and used a tailor-made sans-serif font, called Product Sans.

The new logo also has softer colors and, in our opinion, looks a little bit cartoonish. Whether we like it or not, it's here to stay.

If you like the latest Google logo, if you dislike it, or if you couldn't care less what a multi-billion dollar company does with its logo, leave us a comment.