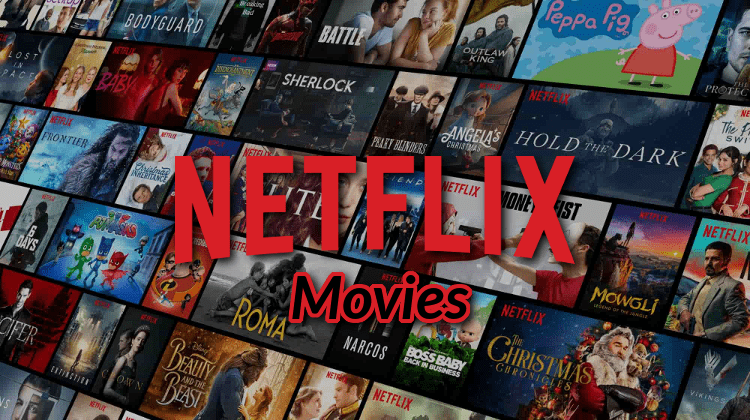 Netflix is without question one of the best streaming platforms in the world for movies and TV series. This video-on-demand service provides a wide variety of critically-acclaimed films and award-winning TV shows at a reasonable price. If you like watching movies, but you can’t easily decide which one to choose from its vast catalog, we have created a Top-20 list. Take a look at the best movies on Netflix to watch them in your spare time.

Here, we have to mention that we selected the films by our personal preference and their IMDb rating. Furthermore, the movie list begins with those that have the least number of user reviews.

Also, if you don’t own a smart TV, the Xiaomi Mi Box 4K is an affordable and fully compatible streaming box with the Netflix service. 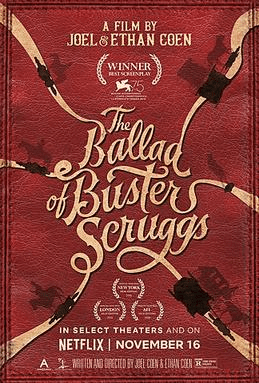 One of the best movies on Netflix right now is the Coen brothers’ latest masterpiece “The Ballad of Buster Scruggs.”

The neo-Western film depicts six bizarre tales of life and death that take place in the brutal Wild West era. These almost surreal adventures are a masterful blend of drama and dark comedy, which are the distinctive traits of the Coen brothers’ movies. 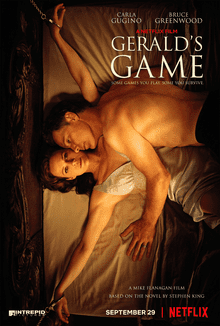 What would you do to survive, if you were accidentally trapped in a remote place? Gerald’s game is a psychological horror movie based on the homonymous Stephen King’s novel.

The story is about a woman, handcuffed to a bed by her husband as part of a sex game. Her partner suddenly dies, and she must confront her phobias to survive and break the shackles. 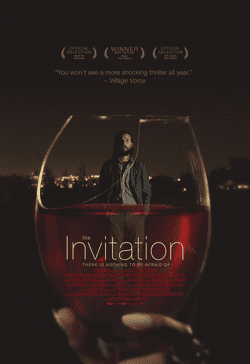 If we like watching mystery thrillers, then “The Invitation” is one of the best movies on Netflix in this genre.

Will, one of the protagonists, receives an invitation from his ex-wife to join a dinner party as a guest among others. However, this peaceful gathering takes an unexpected turn when dark secrets are revealed. 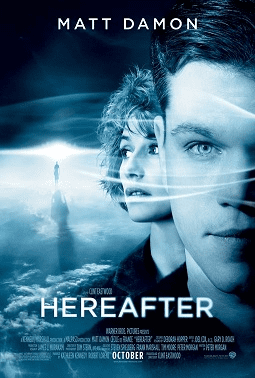 Clint Eastwood's “Hereafter” is a metaphysical drama that deals with the afterlife in the lives of three people.

The first one is a professional psychic who believes his charisma to communicate with the dead is a curse. Moreover, the other two protagonists are touched by death in various ways and seek answers on their issues. 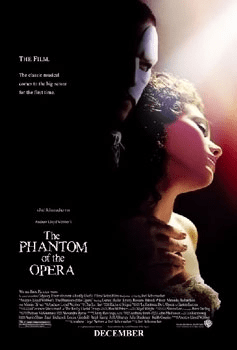 The Phantom of the opera is a spectacular musical and one of the best movies on Netflix for the lovers of the genre. This gothic tale is a film adaptation of the homonymous book by Gaston Leroux.

A disfigured man who lives like a ghost in the dungeons becomes obsessed with a female opera singer. 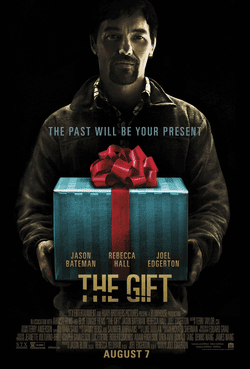 Simon and Robyn, a married couple, come across an old Simon’s acquaintance when they move to a new town.

Soon, this person begins to behave strangely and makes them unusual gifts. However, things are getting worse, and Robyn has to find out the real truth behind this man and her husband. 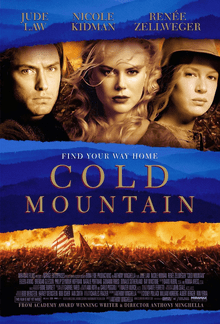 Cold Mountain is a historical adventure movie, that concerns the long and dangerous journey home of an injured Confederate soldier.

The film was nominated for seven Oscars and is one of the best movies on Netflix with great acting performances. 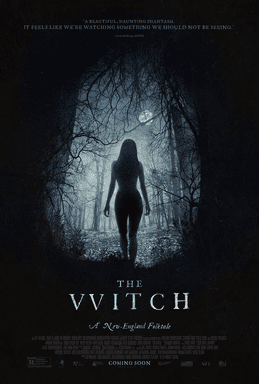 This psychological horror movie focuses on the life of a Puritan family, who were exiled from a New England colony due to a religious conflict.

After they settled down near a dense forest, the youngest child mysteriously disappears, and strange things start to happen.

Who is responsible for this, the religious family or some ancient evil that lurks in the woods? Find out on Netflix. 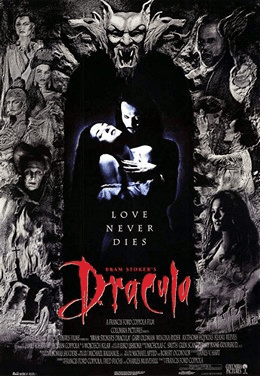 Most of us will have heard of the legend of Count Dracula, and we have probably seen several vampire movies. Francis Ford Coppola’s Dracula is by far the best film adaptation of Bram Stoker’s notable work. 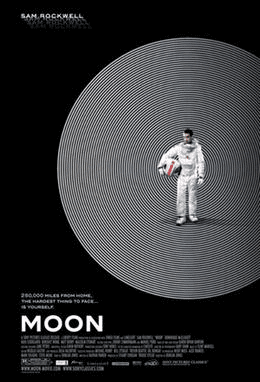 Moon is a slow-burning sci-fi drama, and currently one of the best movies on Netflix that everyone should watch.

The film is about the life of an astronaut on the moon, who extracts Helium-3 for an energy company on Earth.

After an accident, he uncovers a terrible conspiracy that will change everything that he has ever believed about his life and work. 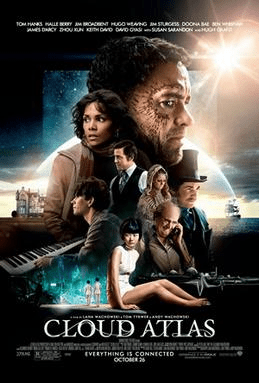 If we are fans of fantasy movies, then “Cloud Atlas” is a must-watch film based on David Mitchell’s homonymous novel.

The movie consists of six stories that are related to each other and take place from the 19th century to the distant year of 2321. 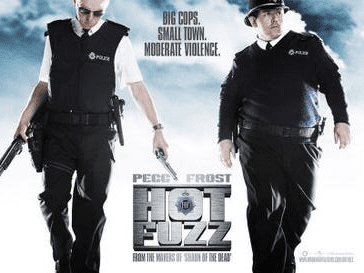 Are you looking for some fast-paced action comedies to watch this afternoon? Well, “Hot Fuzz” is one of the best movies on Netflix in this genre which will make you laugh until you cry.

A bad-ass cop is transferred to a small town because he is so good in his job that made his former colleagues look useless.

However, in this peaceful community, a series of murders take place, and the newcomer policeman has to stop the killer. 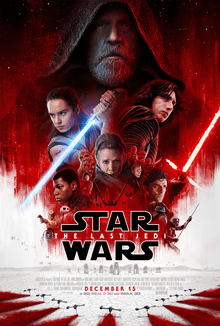 Star Wars is one of the most influential science-fiction franchises, with a huge dedicated fan base that spans generations.

The last Jedi is the second installment of the Star Wars sequel trilogy and continues the story of Rey’s fight against the First Order. 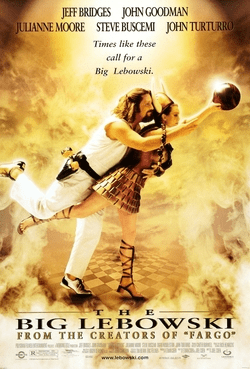 “The Big Lebowski” is a highly entertaining crime-comedy movie, written and directed by the Coen brothers.

This film tells the story of a slacker, “Dude” Lebowski, who only cares about drinking, smoking weed, and playing bowling.

Suddenly, his life turns upside down when two gangsters accidentally confuse him with a millionaire who owes them money. 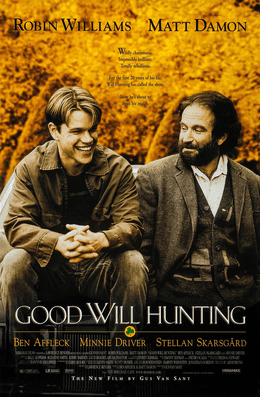 Nominated for nine Academy Awards, Good Will Hunting is an American drama film. The movie focuses on a working-class young man, who is a natural-born genius but needs help to choose the right direction in his life. 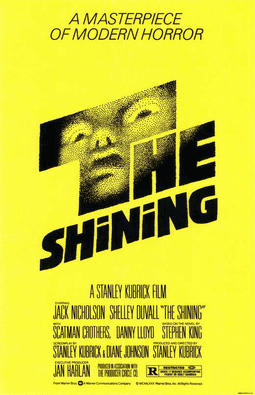 One of the most iconic horror movies of all time is Stanley Kubrick’s “The Shining,” based on the famous novel by Stephen King.

Jack Torrance and his family move to a secluded hotel after accepting the position of the winter caretakers.

This luxurious resort has a dark history and supernatural powers that will push Jack into madness.

Eternal Sunshine of the Spotless Mind (2004) 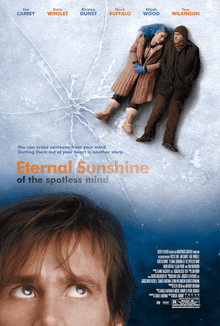 Eternal Sunshine of the Spotless Mind is a fantasy drama film, that deals with a heartsick man who wants to erase his memories after breaking up with his girlfriend.

When he goes through a new medical operation to remove them, he decides to retain some happy memories and tries to stop the process.

Chances are that you have seen this excellent movie more than once in your life.

For the few people who haven’t seen it, “The Sixth Sense” is a psychological horror film with one of the best twist endings ever created. It launched M.Night Shyamalan's career as a filmmaker years before some of his latest flops.

Cole, a young boy, is haunted by visions of dead people and seeks psychiatric treatment to overcome his mental issue. 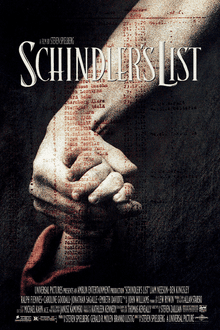 This critically-acclaimed historical drama depicts the true story of Oskar Schindler, who was a German industrialist during the Third Reich.

Thanks to his risky efforts, he saved hundreds of Jews who would otherwise die in the Nazi’s concentration camps. 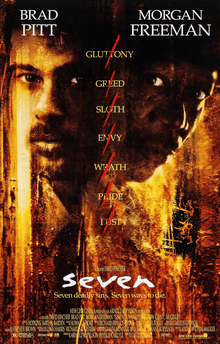 The last film on our list is Seven, which is one of the best movies on Netflix in the mystery-thriller genre.

Two homicide investigators are on the hunt for a psychopathic serial killer, who murders people that commit the seven deadly sins.

Which do you think are currently the best movies on Netflix?

If you want to suggest your favorite movies on Netflix that are not on our list, leave a comment below.

Previous Post: « How To Buy The Best Computer Mouse For Your Needs
Next Post: 5 Things To Consider Before Buying A Gaming Chair »