Top
Home » Crowdfunding » UP Core, a QuadCore x86 computer Smaller than a Post-It 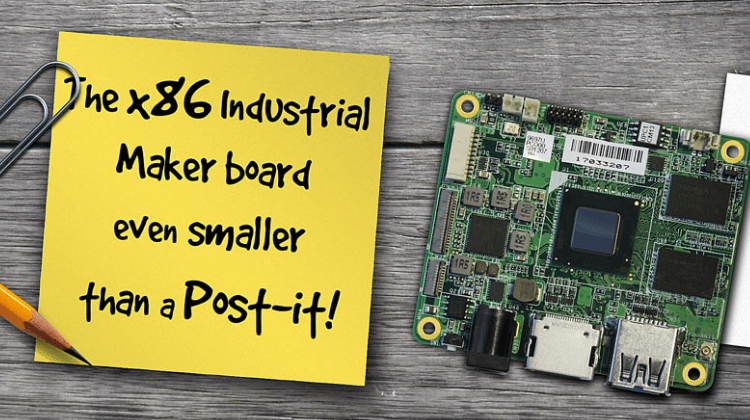 When Raspberry Pi first appeared on the market, the fact that it was the size of a credit card was a significant selling point, apart from its low price. Since then, we have seen a multitude of single-board computers at similar dimensions, give or take. Now, the Kickstarter campaign for UP Core promises a full x86 PC with a Quad core CPU and a surface size less than a single post-it note.

UP Core: A true pocket-sized PC

It's not every day that you can see a picture of a computer that is larger than the real thing (if viewed on a desktop browser). And yet, here we are. 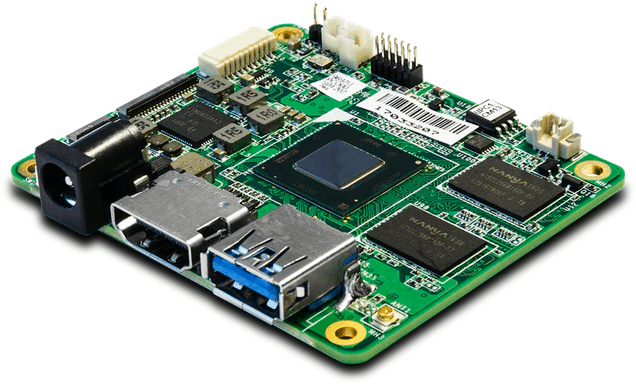 The UP Core single board PC has a size of 56.5 x 66mm, which makes it half as big as a modern smartphone.

On this confined PCB real estate, the creators have crammed a quad-core Intel Atom x5-Z8350 CPU, up to 4GB of DDR3L RAM, and a multitude of interfaces. 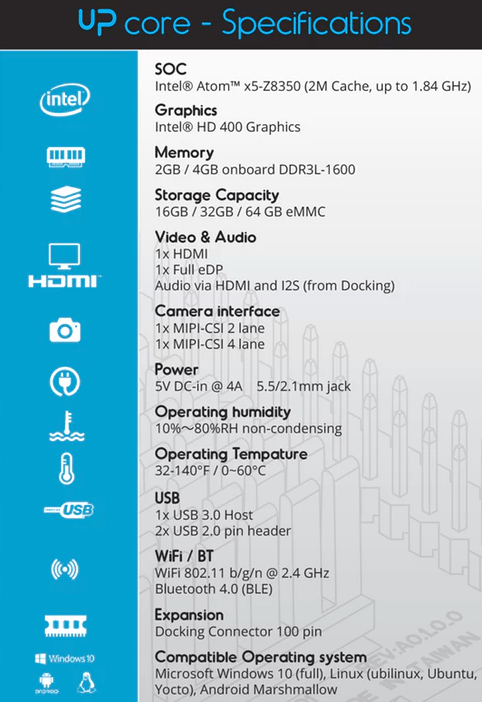 With the Intel CPU, UP Core is compatible with the full version of Windows 10, practically every version of Linux, and it can even run Android Marshmallow, probably through Androix-x86.

If you find the Atom inadequate as a CPU, the company has already available the UP Squared version, which we can get with up to Celeron N3350 or Pentium N4200.

These editions, however, are beyond the scope of the Kickstarter campaign, which is only for the Up Core model. 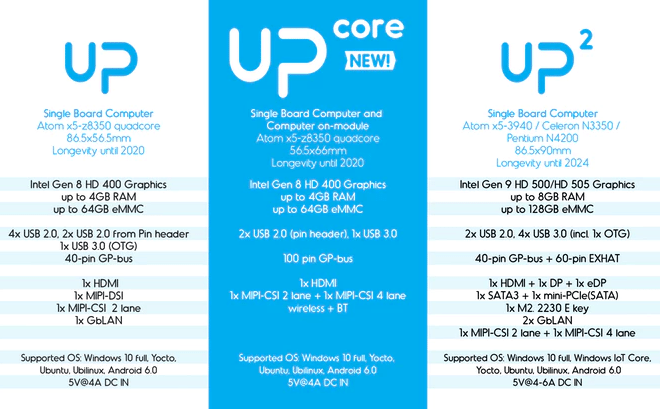 What is particularly exciting about the UP Core is that it is easy to expand it with new ports and capabilities, just by adding an expansion board.

These boards snap beneath the main UP Core board, to retain the small surface size and give it a cubical appearance.

An already up and running company

It is important to know that UP Core isn't the company's first product. They already ran a successful Kickstarter in 2015 for the original UP board... 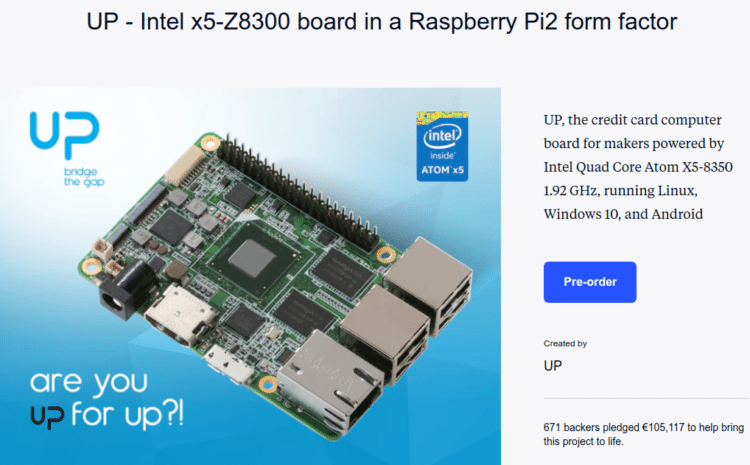 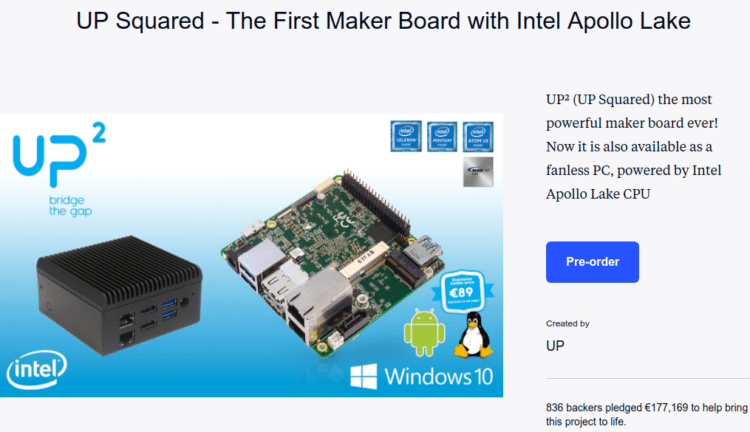 It's apparent that it isn't their first time around the block, and they are in it for the long run. This minimizes the danger that they would get the Kickstarter pledges and just disappear without ever delivering the product.

The UP Core Kickstarter campaign

With 12 days to go as of this writing, the UP Core Kickstarter campaign has already nearly quintupled their modest €10,000 (about $11,200) funding goal. 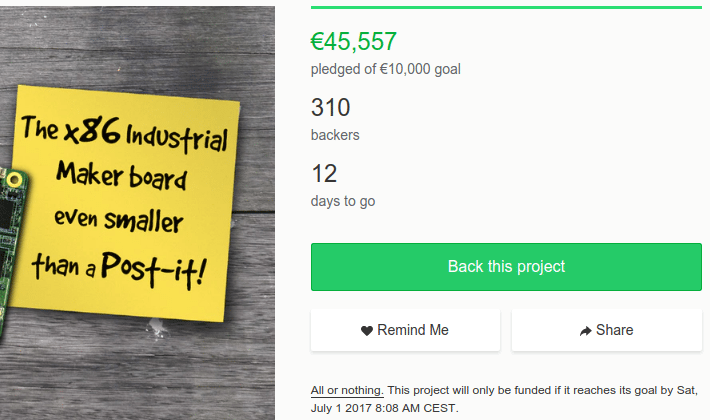 The cheapest early bird reward for pledging €69 ($77) has about half of the available slots left, for the 1GB RAM / 16GB eMMC model. 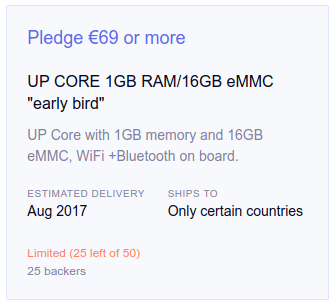 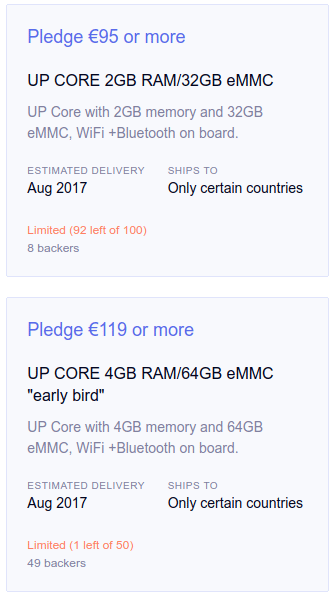 You should note that only the starter pack pledges and above mention an AC adapter. So, it's entirely possible that you will have to buy an AC adapter separately with the early bird pledges. 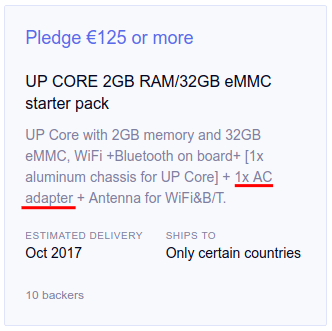 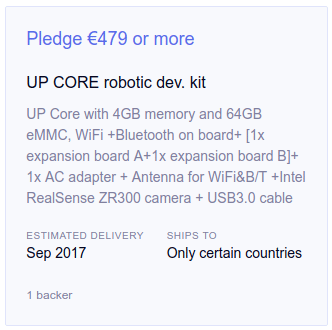 Check out the campaign on Kickstarter.

Have you found an interesting tech crowdfunding project?

If you find an interesting crowdfunding project in the "Technology" category, we want to hear about it.

It doesn't matter if it is on Kickstarter, IndieGoGo, or any other crowdfunding platform. But it does have something to do with Technology.

Leave us a comment about the project, and we will consider writing about it for the next post.

Previous Post: « How To Install Windows 7 from USB or DVD as a Beginner
Next Post: How to Create Candy Crush Cheats with Cheat Engine »