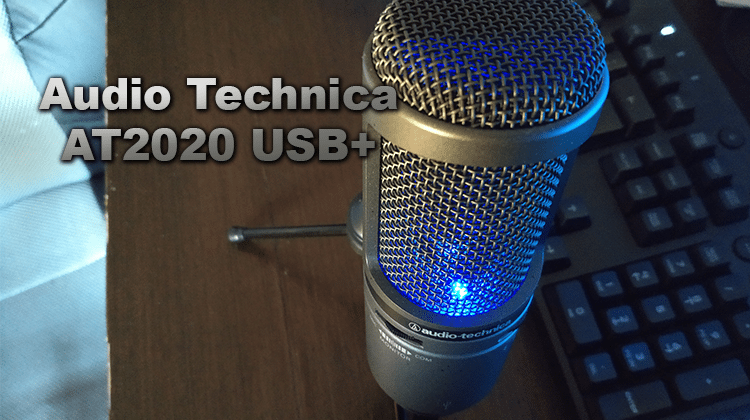 When we need to buy an external microphone, the money we can spend can vary greatly. The available options range from a few dollars to more than a few thousand. If you are looking for an entry-level YouTube mic, for streaming or other uses, then the $100-200 price range is your best bet. Below we are reviewing Audio Technica AT2020 USB+, one of the most VFM options for this category.

Audio Technica is a world-known company that specializes in sound system products, as you may have realized by its name.

Hideo Matsuhita founded the company in 1962 in Tokyo, Japan. 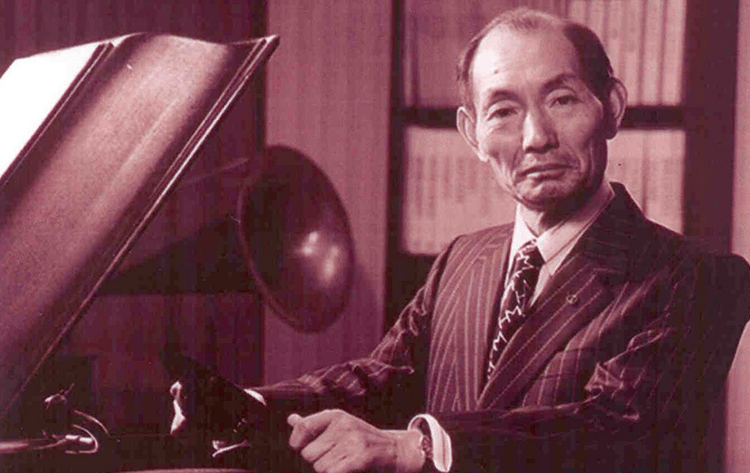 He was NOT satisfied with any other company's sound.

In its range of products, we will find headphones and microphones, Hi-Fi systems, audio mixers, and other relevant devices. Its products are aimed at a wide range of users, from the very beginners to weathered professionals.

The AT2020 USB + belongs to the entry-level category, but it does not fall short in quality. 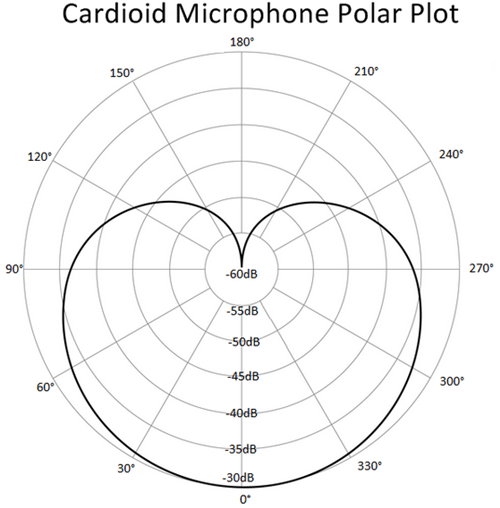 Such microphones are called cardioid, a word that comes from the Greek word for "heart" because their sensitivity diagram, with a bit of imagination, somewhat kinda resembles a blunt-based heart.

At the back, the microphone covers a small distance, it increases on the sides, and it covers the most part in the front. Later in the guide, we will show you some sound samples from different sides and distances.

AT2020 USB+ has a blue light on the front side, which helps us distinguish it from the back. Once we plug it into a USB port, we can see the light. 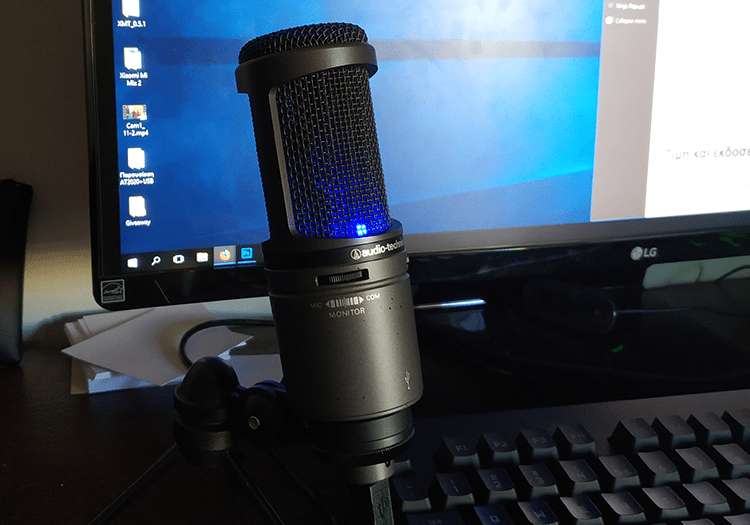 The AT2020 comes in three variations. The first - called just AT2020 - doesn't come with a USB port. It requires an XLR connection to function. 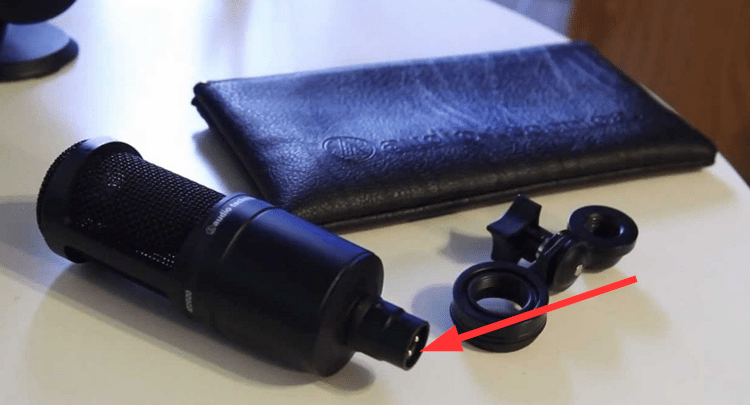 This version is more suitable for professionals that want to control every small detail on their sound recordings, and already own an XLR equipped sound card or an XLR mixer.

Its price starts at about $100, but we repeat that it is not a plug-and-play solution; we can't use it on a USB port, or the motherboard's sound chipset. We will need to budget at least a few dollars more to buy an XLR audio interface.

The next version is AT2020 USB (without the plus), and the only difference compared to the first is the USB connection. This version is ideal for those that want an easy plug & play experience, with nothing else to worry about.

The USB interface has its limitations, the primary of which is that it is usually less sensitive - especially at higher frequencies. That means the XLR version will produce a more "clear" sound.

Still, the difference will be barely noticeable while speaking. It could play a role in music and vocals recording. 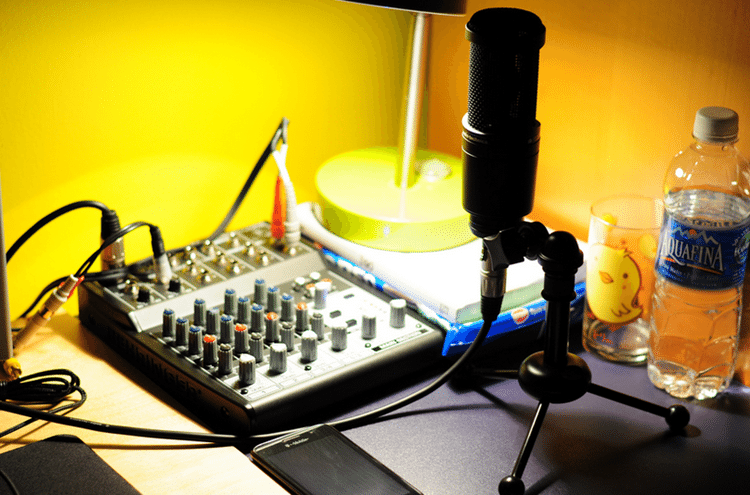 The version we will review is the AT2020 USB+, which also has a headphone jack, to hear our recordings with zero input lag.

Such a version is useful to those that record multiple tracks on top of each other, either for music and vocals, for separate organs, or any other reason.

Apart from the audio jack, the Plus version also has two controllers that are missing from the simple versions. 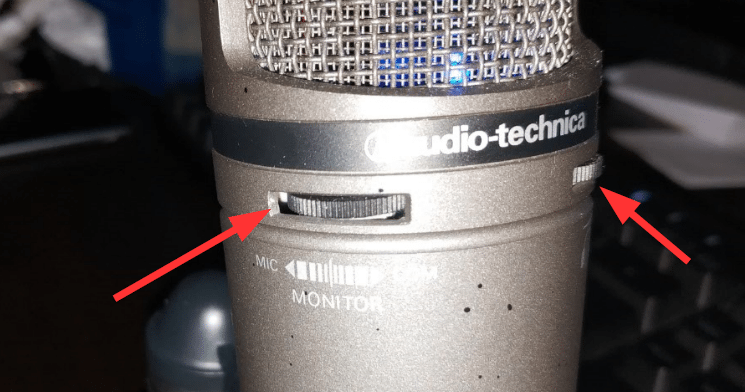 With the first, we control the headphones volume; the second is for mixing the computer's audio to the microphone's recordings.

This version costs around $130, and we believe that just the headphone jack is worth the extra money.

The box doesn't have anything special. At the outside, we can see the microphone and its specs. 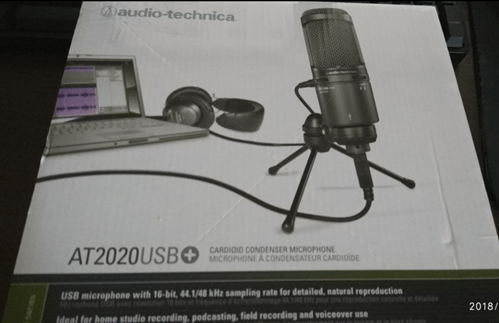 Once we opened it, we found the manual at the top, the microphone further below, and a leather case. 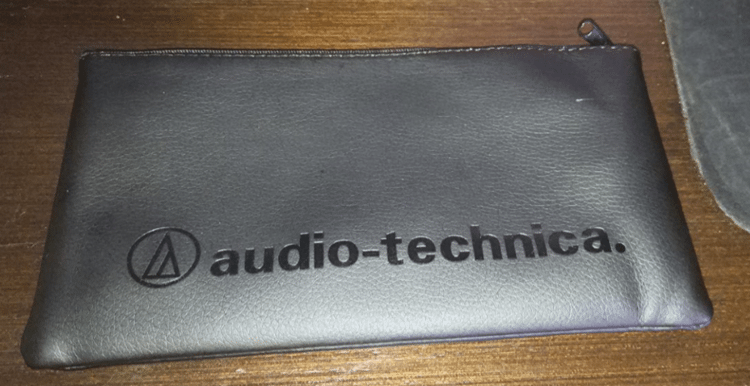 Inside the case, there were the USB cable and the microphone's stand.

The stand has three legs, but we can't say it was convenient. It's a bit flimsy, especially compared to the stand of microphones such as the Blue Yeti. 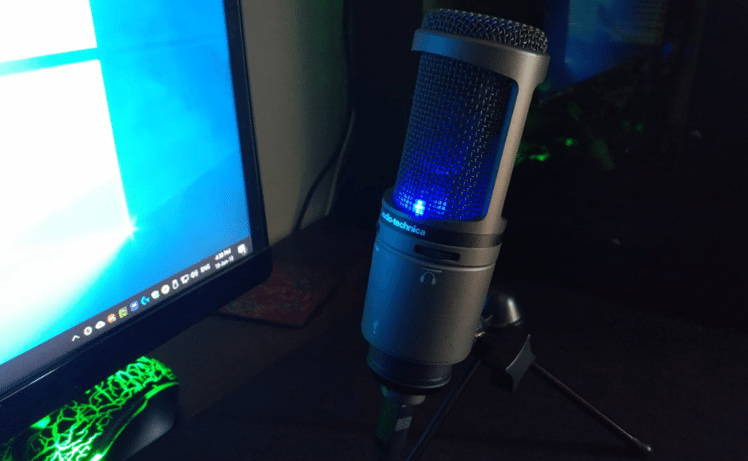 We can plug the AT2020 USB+ directly to any USB port on our PC. We won't need to install any software for it to start working.

The mic's body is metal, which makes it robust and steady, not only to the touch but to the eye as well.

It seems that it would withstand any hits or falls since the capsule is protected with a metal case. But it would be best if we didn't have to find out.

A detail that caught our attention is the black splashes on the outside, which give a nice elegant touch to the whole design. 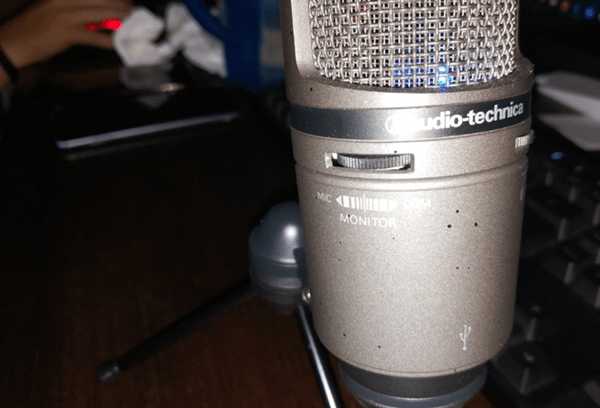 The problem with USB recording devices on Windows 10

Before we proceed to the sound quality test, we should mention a Windows 10 problem that affects all USB microphones.

After Windows 7, Microsoft changed the driver responsible for USB audio. However, the new driver has serious problems capturing the audio while the gain is within the normal range. 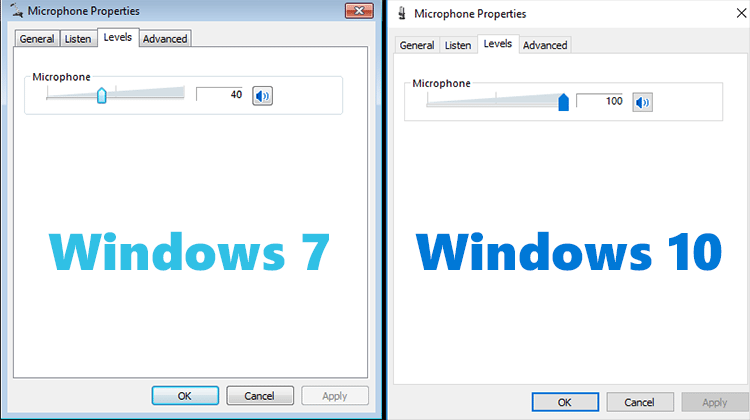 The company hasn't provided a fix in the last six years, and is quite unlikely that it ever will. 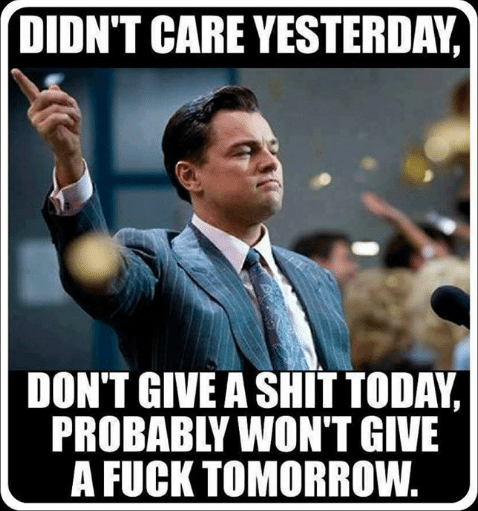 The only way to avoid the problem is to use the XLR versions of any microphone instead of the USB. Of course, that's not very easy when all we want is a simple YouTube mic. We could also roll back to Windows 7, but that wouldn't be practical either.

To test the microphone, we used various conditions. We should note that the recordings were done in Windows 10, with 80% gain from the OS' panel, which we found to be the sweet spot for a good ration of volume/noise.

Water in a glass

Voice in a 10cm distance (front)

Voice in a 10cm distance (back)

Voice in a 50cm distance (front)

Voice in a 50cm distance (back)

One of our biggest dilemmas choosing an affordable YouTube mic, was between AT2020 and the Blue Yeti we mentioned earlier.

Although we haven't tested the Blue Yeti live, to have a more objective view, we will mention the points that helped us decide between the two.

First of all, there are numerous videos on YouTube with detailed comparisons among those microphones. It seems that they are the most VFM choices in the 150$ price range. 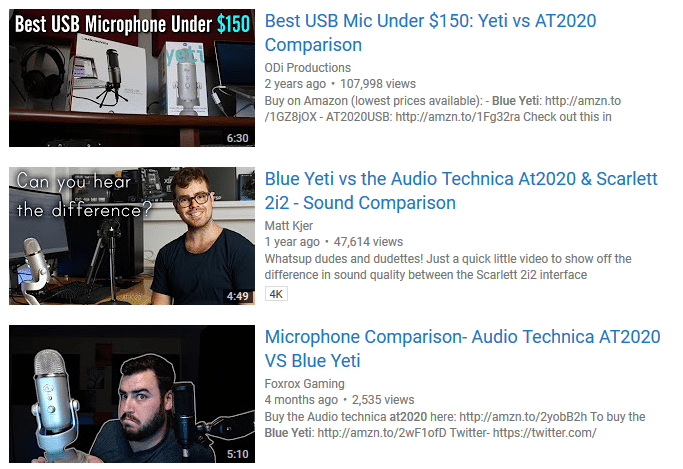 We watched most of these videos, to compare their sounds.

The AT2020 USB+ has a steady frequency response, which makes the sound less sharp than Blue Yeti USB, especially in higher frequencies.

However, we highly doubt that you are going to notice a difference in average usage. Or at least, the difference won't make you favor one instead of the other.

The primary advantage of Blue Yeti is that it allows multiple pattern modes, not just cardioid recordings, like AT2020. 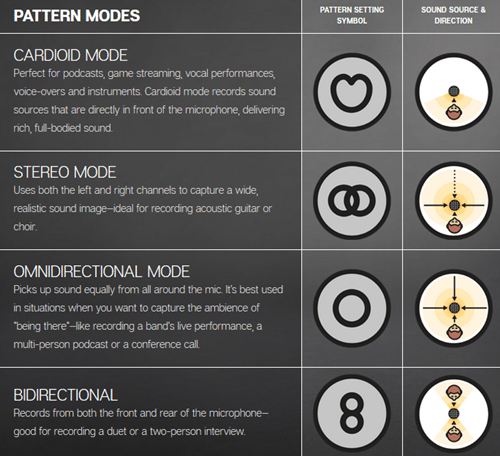 Although, several users mentioned that it is more sensitive than AT2020, which makes it prone to background noise - especially with the Windows 10 problem we mentioned above.

For these reasons, we considered the AT2020 USB+ as a better solution for a YouTube mic, for videos that focus on one sound source (one person or instrument).

All in all, AT2020 USB+ is a great plug and play microphone, it provides ease of use, whether you want to use it as a Youtube mic, or for gaming, streaming, and so on.

Even for music production, the comments we read so far report a great experience with the device, even in comparison to more expensive options.

In general, the microphone is an absolute value-for-money solution. It is not a high-end microphone; it belongs to the entry-level category, in which the only capable "rival" seems to be the Blue Yeti.

If you intend to use it in Windows 10, maybe it is a good idea to choose the XLR version, just to make sure you will be able to take advantage of the hardware's capabilities, without the software's limitations.

In any case, with a budget of 150$, it is one of the best products on the market, and we highly recommend it as a YouTube mic.

Audio Technica AT2020 USB+ is a microphone that does what it promises, without falling short on any part.

If you liked our review or if you have any questions for the AT2020 USB+, feel free to leave a comment below.

Previous Post: « Review Chuwi LapBook 12.3 - Is This A Macbook Air Clone?
Next Post: All The Gmail Hacks And Tricks That Will Boost Your Productivity »