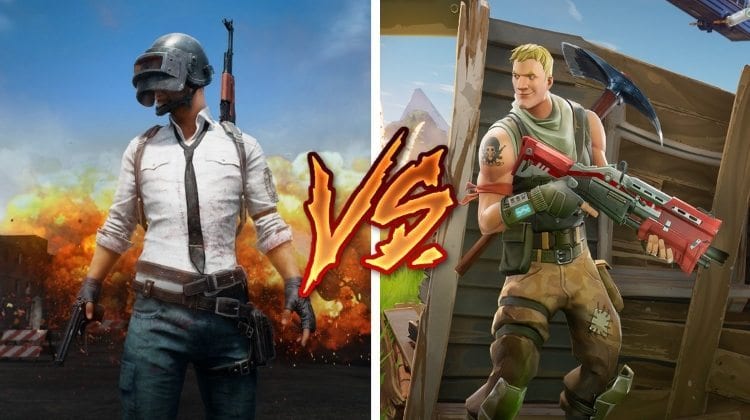 Many of us have probably been in this dead-end situation of craving to play a particular PC game but not being able to. Whatever the problem, whether the game is too expensive or too demanding for our computer, if there is no immediate solution in sight, we can turn to an abundance of free PC games which are out and about, which substitute for famous titles and offer the same, or an even better experience.

Before we begin, note that this guide will not deal with scandals, company accusations or lawsuits, copyrights or any legal issue for that matter.

The well-known PUBG is nothing short of a phenomenon.

Currently, the international gaming community is separated into two big categories. Those who can't stop playing PUBG and those who can't play it at all. Therefore, the latter often resort to ''substitutes.'' 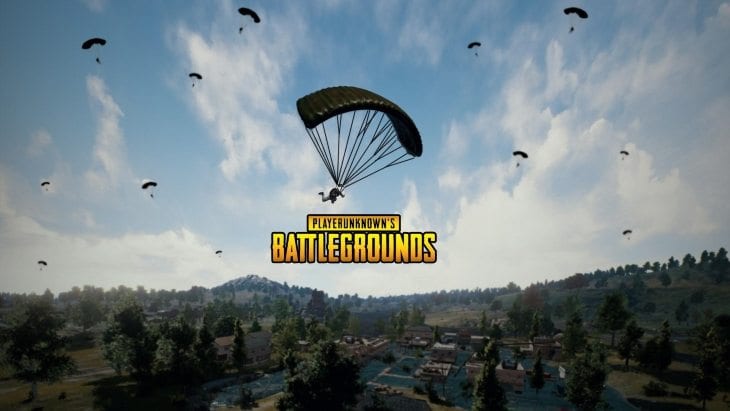 In Fortnite's Battle Royale mode, 100 players, solo or in groups of three to four, skydive on to a map consisting of everything from small towns to desolate wilderness, and even a meteor crater. Then, by collecting weapons and other objects, they are to encounter the rest of the players and fight it out. 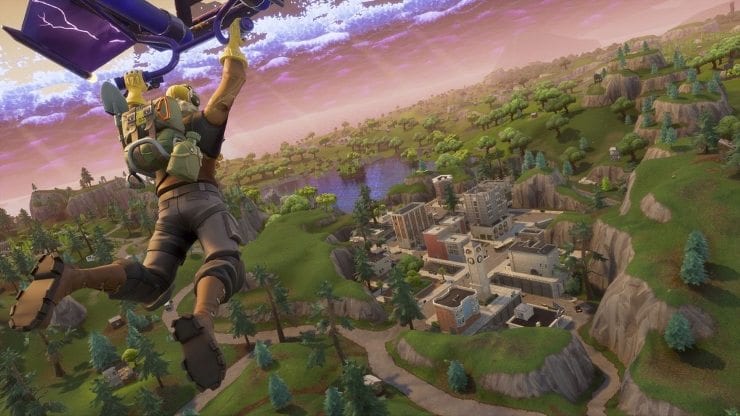 Does it ring a bell? Yes, Fortnite and PUBG have a surprisingly similar theme. Which are their important differences, though?

While PUBG costs around $36, Fortnite is placed among the alternative, free PC games. Like most free-to-play games, Fortnite enables optional in-game purchases.

The second difference between the two games is their system demands. The minimum requirements for PUBG and Fortnite are the following:

In Last Man Standing, we find our character at a random spot on a huge map. From then on, we begin looking for weapons and eliminating our opponents. The number of players that could be found on the same map reaches 100. 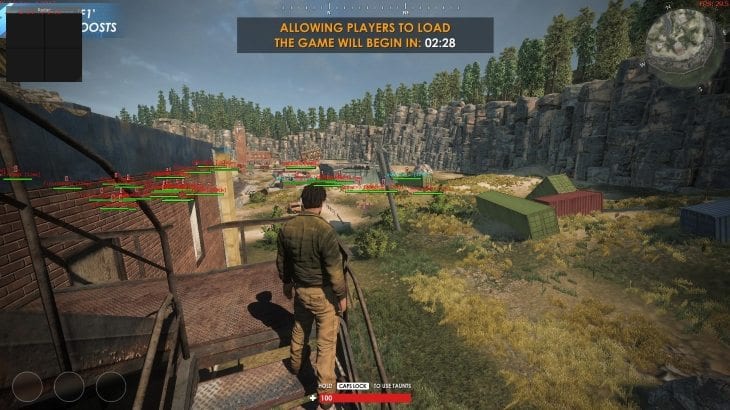 Just like Fortnite, Last Man Standing is one the free PC games which stand as expensive games' free counterparts.

As for comparing the minimum requirements between PUBG and Last Man Standing:

The distribution of Overwatch came with a ''little'' fuss. The general and combat controls were impressive, but the initial price, around $48, led players to similar cheap or free PC games.

The most well-known alternative is Paladins, and in fact, there is much controversy on which one is better. The two games have massive similarities, and their sole difference lies in the map size and strategy. 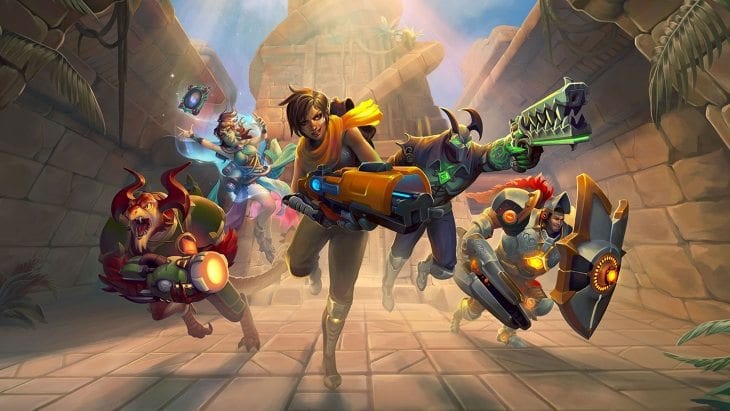 Even the available characters are often very similar in appearance...

Close to identical, as a matter of fact. 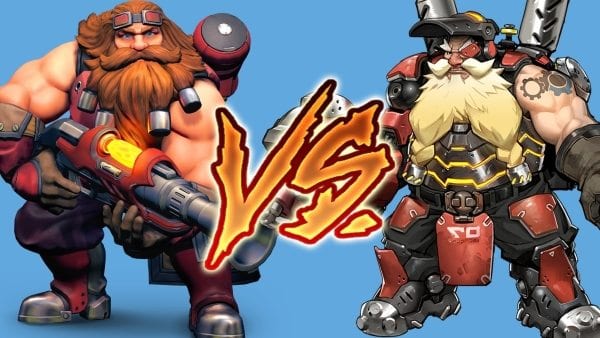 Paladins is one of the most interesting free PC games, and its popularity keeps growing. Note that many people call it ''the free Overwatch.'' The minimum system requirements are the following:

Team Fortress 2 is so identical to Overwatch that it is possible for a player to switch from one game to the other, without facing any difficulties with the controls or gameplay. The important thing is that it is a remarkably low-spec game. 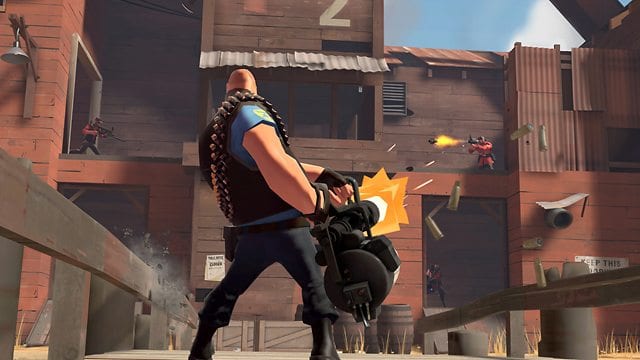 Currently, Overwatch costs around $20. Team Fortress 2 is on our list of free PC games.

In terms of system requirements, Team Fortress 2 is impressively low-spec:

The famous game Minecraft constitutes an open world game with crafting and survival elements. It is low-spec, and rarely should there be a problem with the system requirements. Still, it remains a relatively expensive game. 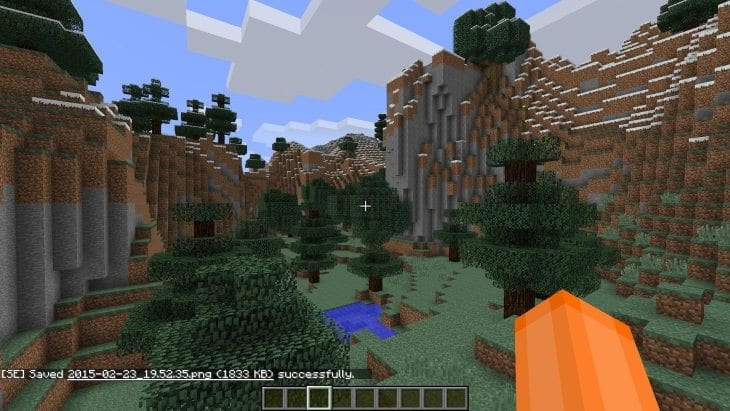 Also, it is worth mentioning that the game itself is a copy of an older title.

It would be fair to call Terasology the ''Minecraft that is not called Minecraft and is free.'' This is no exaggeration; the two games are the same through and through. 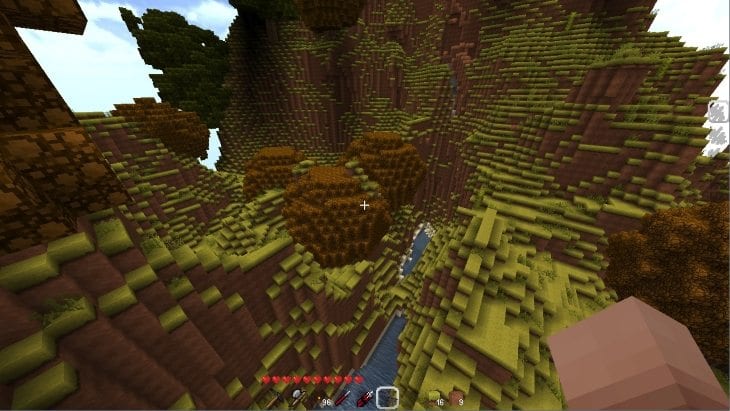 The game is fully open-source and its creators welcome anyone who wants to contribute to its expansion. Software developers, graphic designers, musicians, testers; They are all welcome to this project.

It is the perfect solution for anyone who wants to play Minecraft without any cost.

It might be slightly limited in terms of crafting but it still has many supporters. With a bit more modern technology, including vehicles and contemporary zombie-eliminating weapons, Unturned is a pleasant experience for team gaming with friends. 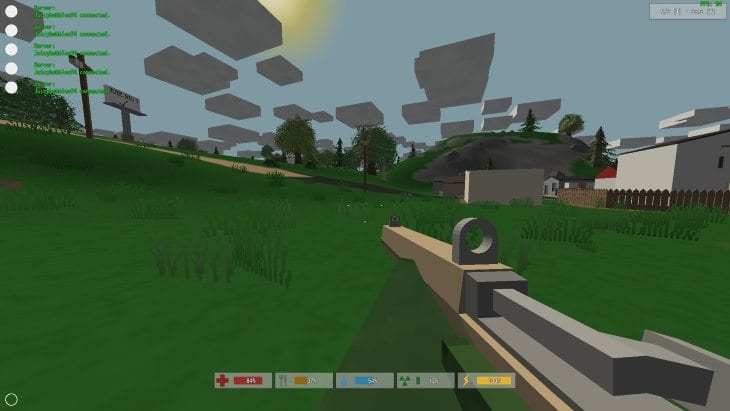 Regarding system requirements, Unturned is not superior to Minecraft. But as far as the cost is concerned, $0 for Unturned, against $29 for Minecraft. Well, you call the winner.

Diablo III is a popular dungeon action role-playing game, distributed by Blizzard. Generally, it is low-spec, but many gamers prefer its alternative. 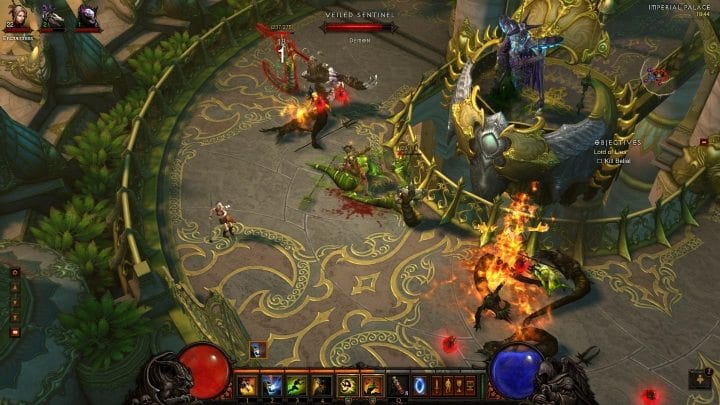 Path of Exile is the greatest contender of Diablo III. They are almost identical, and they compete against each other in terms of plot and gameplay, each standing out for different features. 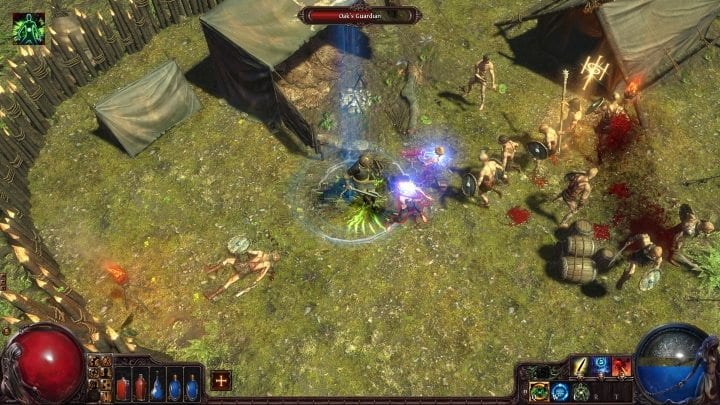 Path of Exile comes first in people's preference as it is one of the free PC games. Diablo III, which costs $24, follows right behind.

World of Warcraft, widely known as WoW, has been and continues to be one of the most popular games worldwide. It might be low-spec, but there is constant complaining about the cost, as the player has to pay a monthly subscription. 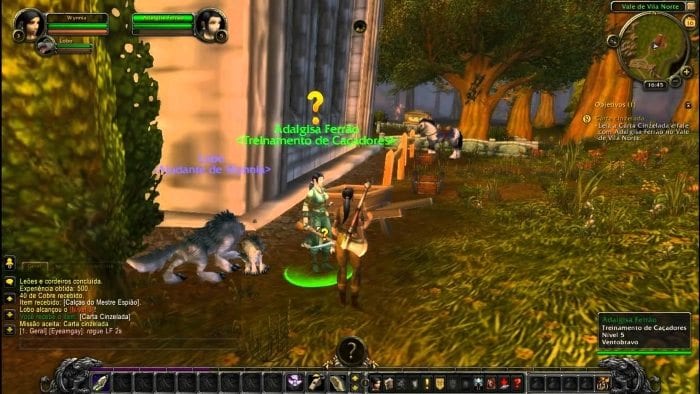 It is considered the best MMORPG within the gaming community, and it is the greatest rival of WoW. Actually, the main idea behind WoW and Guild Wars 2 is almost the same.

As Guild Wars 2 players, we choose an expertise, we complete quests and save our world, just like WoW. 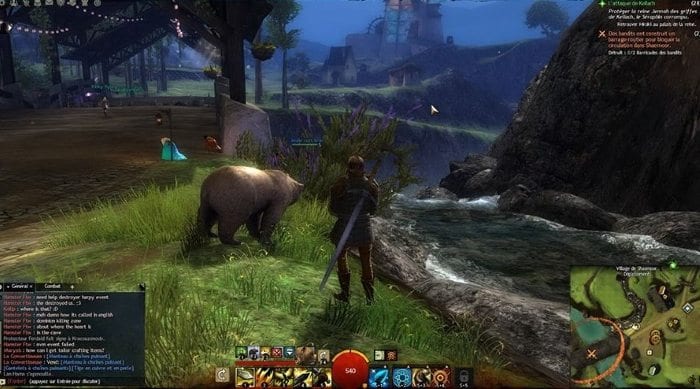 However, while in WoW we have to pay every month in order to keep playing, Guild Wars 2 is available to download for free.

Although it's worth mentioning that the game is free as far as the core gameplay goes. For any extras, one needs to buy it. Still, the free portion is more than satisfactory, offering the player many gaming hours.

You can find more information on the differences between the free and paid Guild Wars 2 editions here.

Wildstar is very similar to WoW, especially in terms of design and aesthetics.

It has a large number of players and it would definitely be enjoyable to anyone who happens to be looking for a good, free WoW substitute. 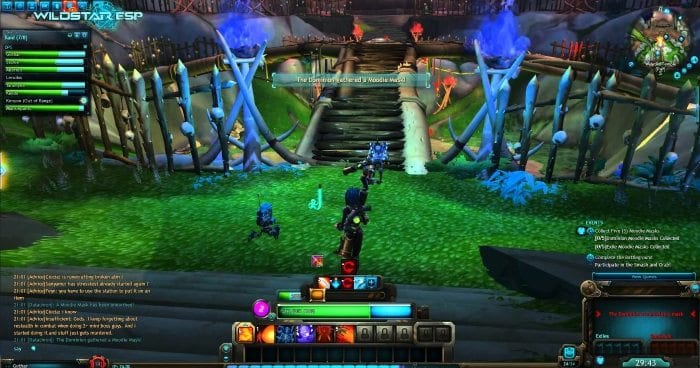 TERA is a beautiful free-to-play MMORPG game. Some claim that it is one of the best free PC games. It offers a similar experience to WoW, yet from a completely new prism. 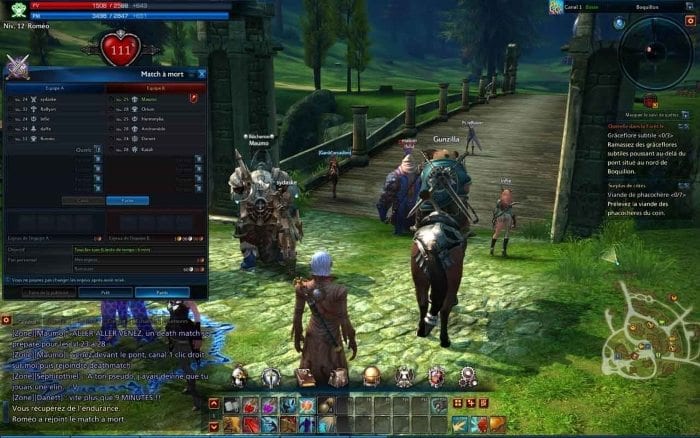 Its biggest strength is the artificial intelligence the creators have given the monster-foes. Unlike other MMORPGs, the monsters do not attack at random; in fact, they develop a strategy, striking a balance between attack and defense.

Do you know of other free alternatives to popular PC games?

Those were, in our opinion, the best alternative games we could replace popular titles with. They are equally good, and sometimes even better than the original. Of course, if you want an even simpler solution, ideal for every PC and budget, you should turn to free browser games.

Have you replaced an expensive title with one of its free counterparts? Let us know in the comments below.

Dimitra Kousta is a student at the Department of Informatics & Telecommunications of the National and Kapodistrian University of Athens. She is an avid gamer and an amateur photographer.