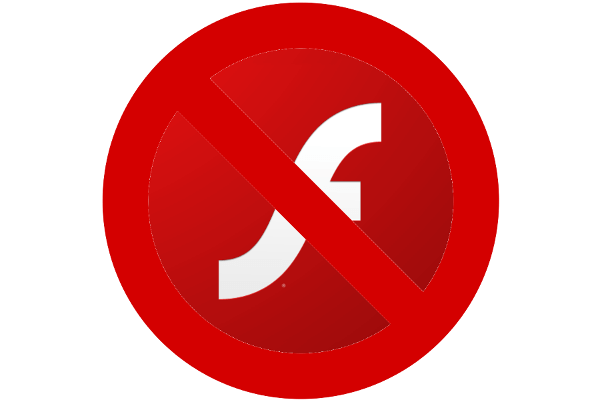 The Internet's collective patience is running thin regarding Adobe Flash. It is the biggest security vulnerability on the average PC, especially after the numerous zero-day exploits of 2015. Sooner or later, we will have to get rid of it. Here's how to uninstall Flash in every major browser.

Do I need Flash?

You might not have noticed it, but Flash has been dying for a long time.

It started dying in 2007 when the first iPhone wouldn't support it. Steve Jobs wrote several reasons for this in his "Thoughts on Flash" post, including the terrible security record of Flash, and the fact that "Flash is the number one reason Macs crash".

Of course, there are a few more reasons, which have to do with Apple's need for total control over the hardware and the software. 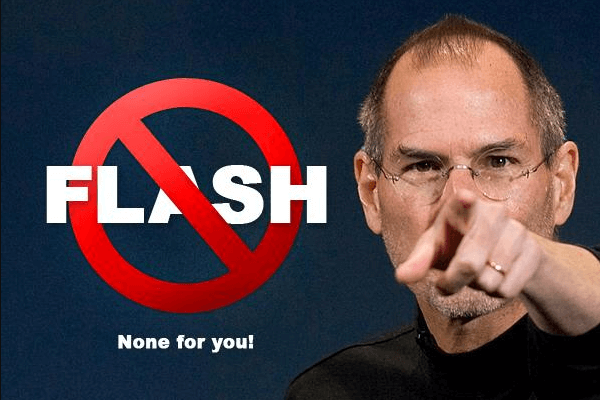 Android used to have Flash. In November 2011, however, Adobe stopped the development of Flash for mobile devices. In August 2012, the company disabled new installs of Flash on Android.

The increasing popularity of smartphones and tablets meant that content creators and publishers needed to turn to alternative technologies, such as HTML5, which made Flash less relevant for every device.

The biggest nail in Flash's coffin so far was in January 2015, when YouTube made the HTML5 player the default for its videos. Up until then, HTML5 was an experimental feature of YouTube, which viewers had to select manually.

If we combine the above with Facebook's Chief Security Officer Alex Stamos call for Adobe to kill off Flash...

It is time for Adobe to announce the end-of-life date for Flash and to ask the browsers to set killbits on the same day.

...and the fact that Firefox has blocked vulnerable versions of Flash, it wouldn't be surprising if Flash didn't survive to see the end of 2016.

Will I have problems if I uninstall Flash?

Uninstalling Flash will have some consequences, depending on the websites we frequent. Some Flash-based websites, videos of lesser known video sites, online radio stations, and specific browser games won't work at all.

As a compromise, we can uninstall Flash on our primary browser, and leave it installed on a secondary browser, just for any important pages that need Flash.

How to uninstall Flash on Google Chrome

Google Chrome has Adobe Flash integrated. Sort of installing the extremely experimental Chromium, which comes without Flash, for the time being we can only disable, not completely uninstall Flash.

To disable Flash, we just need to type chrome://plugins at the URL bar and click "Disable" at the Adobe Flash Player. 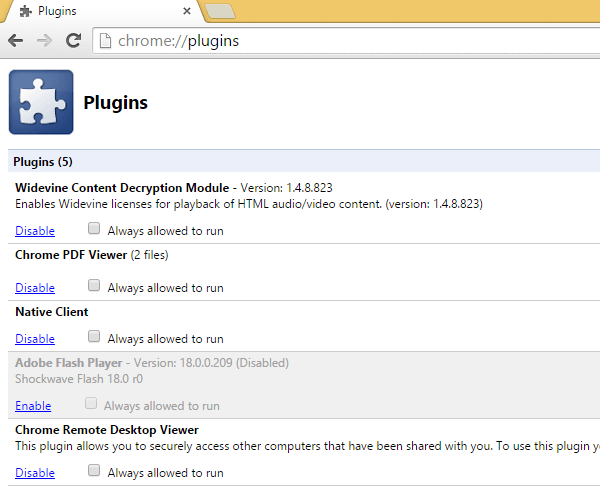 How to uninstall Flash in Windows 8.1 Internet Explorer

In Windows 8 and 8.1 Microsoft has a flash plugin pre-installed, for use with the Internet Explorer.

As with Chrome, we can't completely uninstall Flash, we can only disable it.

We just need to go to the gear menu, select "Manage add-ons"...

...select the Shockwave Flash Object - chances are it is the only add-on - and click "Disable". 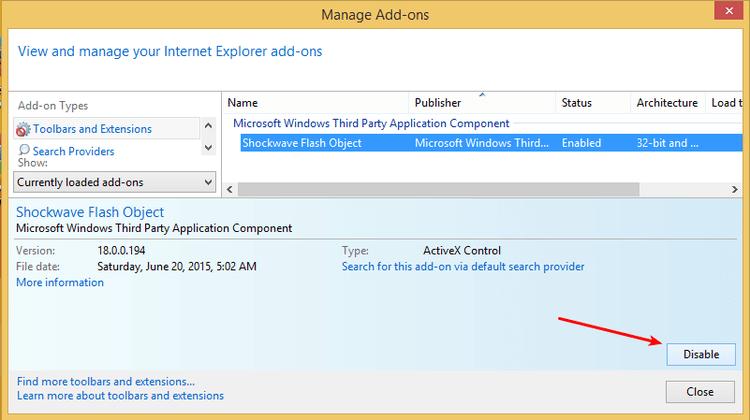 How to uninstall Flash in Windows 10 Edge

The new Microsoft browser also has a built-in Flash plugin we need to disable. We just have to click on the menu, select "Settings"... 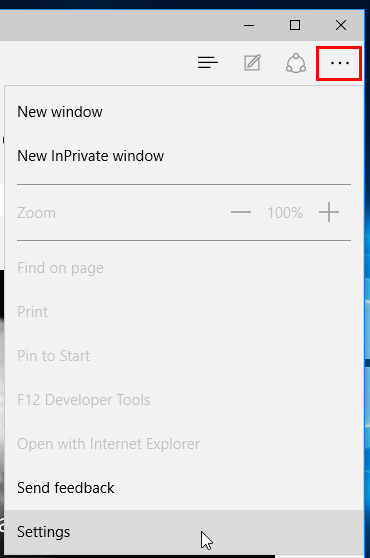 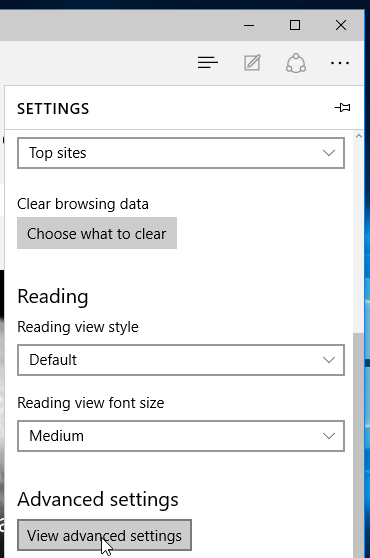 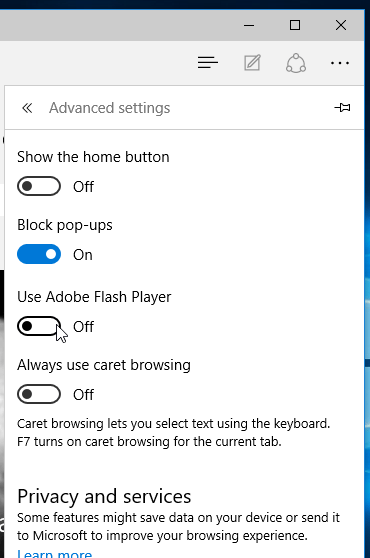 Uninstall Flash for all other browsers in Windows

For the other browsers apart from Chrome and IE/Edge, such as Firefox, Opera, etc. Adobe Flash Player is installed as a standalone program.

To uninstall Flash, we need to go to the Program and Features section of Windows. A fast way is to press the Windows key + R and type: 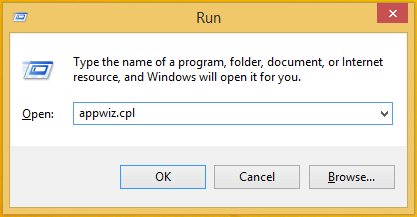 We just select the Adobe Flash Player and click on Uninstall. If there are more than one, e.g. one NPAPI and one PPAPI, uninstall them one by one. 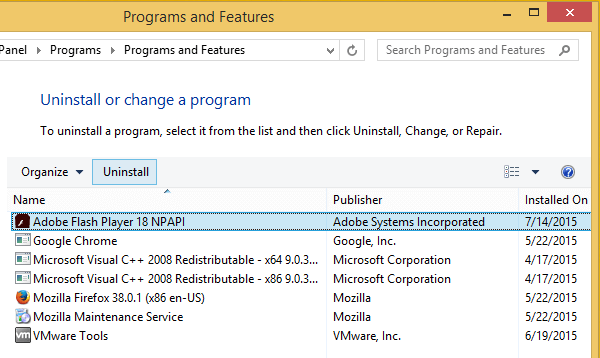 The Adobe Flash uninstaller is surprisingly efficient. It will uninstall clean, without any traces left on the system, no registry entries or leftover files.

Uninstall Flash for all other browsers in Linux

To get rid of Flash in Linux Mint, Ubuntu, and other distributions based on Ubuntu, we just need to open a terminal with Ctrl+Alt+T and type:

Remember, when entering the password on the terminal, nothing will show, no stars, or dots, or anything. We just enter the password and press Enter.

If we had installed Chromium in Linux, and the relevant Flash plug-in, we remove it with:

How's the Internet after you uninstall Flash?

A significant part of the web will work just as well after we uninstall Flash, and our browser should feel lighter too.

How did you find your internet browser after you disable or uninstall Flash? Do you prefer it that way, or is Flash important enough for you to stomach a zero-day exploit or ten? Leave us a comment.

Previous Post: « Private and Secure Chat Made Easy with Hack.Chat
Next Post: Predict if Hard Disk Failure is Imminent with CrystalDiskInfo »