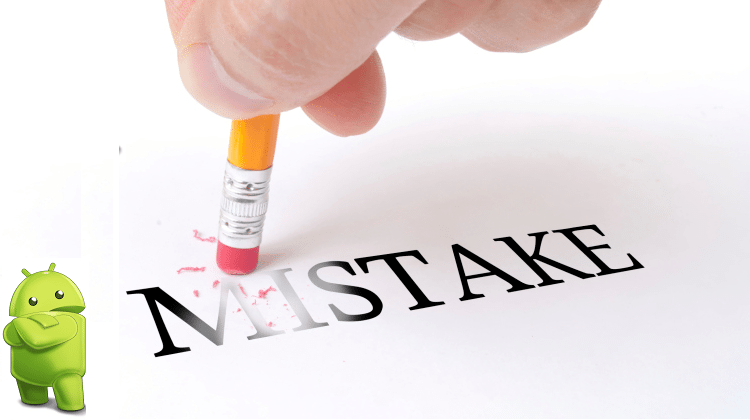 Android is undoubtedly the most popular operating system for mobile devices. However, no one is perfect. In this article, we will go through the most significant Android mistakes that Google has made, and how they went on to correct them. We will also see some of the most critical mistakes we, as individuals, make with the open-source operating system, that might potentially endanger our devices or even our lives.

Google Now on Tap was a function that the American company introduced on Android 6.0 Marshmallow.

The whole idea focused on the home key of the device; by holding it down continuously, various bits of information would appear along with the customized search results. 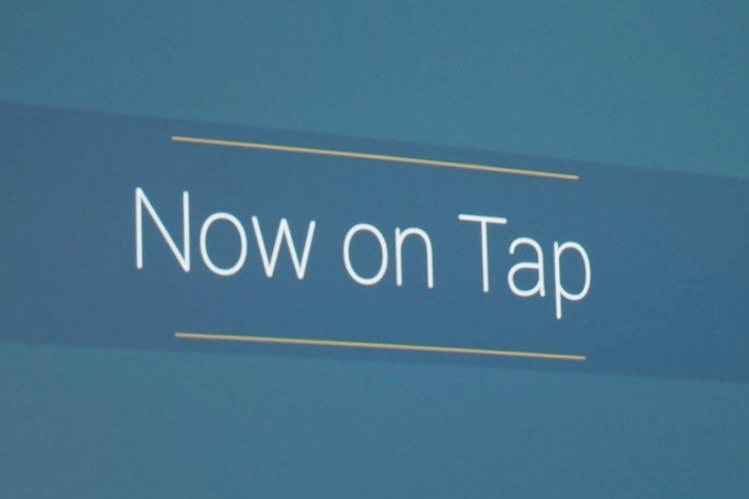 The main issue that came up was the fact that there was nothing useful about this function. The users did not positively respond to it, and most of us might have never even used it at all.

The result? Google realized that this was a mistake, and quietly withdrew the function at the beginning of the year.

As a replacement, it first introduced the 'Assistant' on Pixel, used by holding down the home button. Nothing new there. Next, it incorporated it in all the Android devices that run with Marshmallow or later versions.

This time, it is a smarter and more useful function, with many properties and valuable customizations on the main screen.

Nexus Q, which you might have never heard of, was a digital multimedia playback device. It was developed by Google and was presented at the I/O in June 2012.

The device was designed to make use of the direct connection of Google multimedia such as Google Play, Play Movies & TV, and YouTube, promising an alternative home entertainment experience. 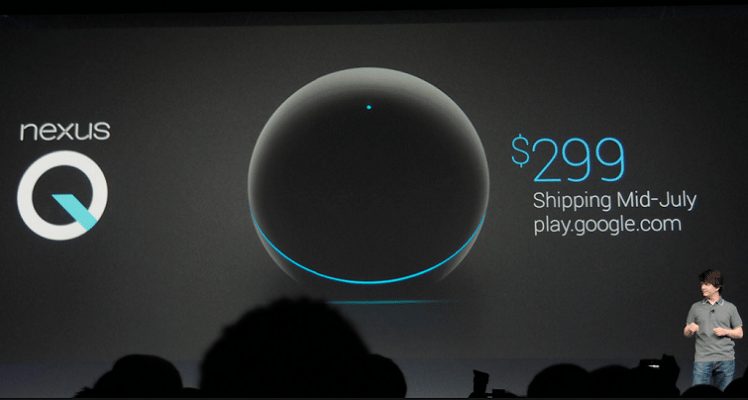 Nexus Q was soon accused of its lack of functionality compared to similar devices, such as Apple TV. Furthermore, the users complained about its inability to support content streaming directly from other devices using DLNA.

The final blow came from the New York Times, which vehemently kept blaming Google for a long time. More specifically, they mentioned that it is preposterous for a device with such limited capabilities to cost more than the rival, more feature-rich media players.

Nexus Q was withdrawn six months after its appearance, in January 2013. The device support gradually came to a halt by May 2013.

The company admitted that this was one of the biggest Android mistakes. They quickly made up for the fiasco by presenting a cheaper, better product, the popular Chromecast.

Most of us might remember 'Honeycomb,' which was an Android edition designed for devices with a large screen size, especially suitable for tablets.

Honeycomb debuted on Motorola Xoom in February 2011. Apart from the addition of new features, it introduced an innovative User Interface and a new interaction model, such as multitasking, notifications, and widgets.

However, Honeycomb was slow, and would often become unresponsive. To top it off, it was not even an open code software. It was the exact opposite of the Android we have today. 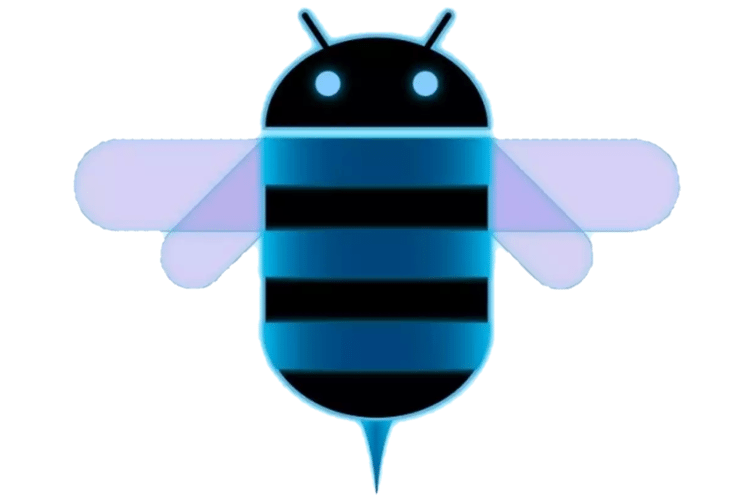 Moreover, Google presented this Android edition on beta, and this rendered it a non-appealing consumer product from the very beginning.

After an eight-month delay and through endless reproof, Google finally presented Android 4.0. Only then did they publish the source code of Honeycomb. The company never admitted that it was a big enough deal to make it on our list of Android mistakes.

Ever since, Mountain View has claimed that some of the distinctive features of this version became archetypes for the following Android versions, such as tabbed browsing and multitasking.

The App Ops function came from a significant mistake Google made on Android 4.3 Jelly Bean. It gave the users the ability to manually control the rights of their applications, although such a function was not fully supported at the time.

Therefore, the deactivation of rights could cause errors and unexpected reactions on the devices. Naturally, Google removed it on an updated security version, Android 4.4.2.

To assuage the negative atmosphere and the malcontent of the users who liked this function, Google made sure to officially offer the activation and deactivation of the rights with Android 6 Marshmallow. 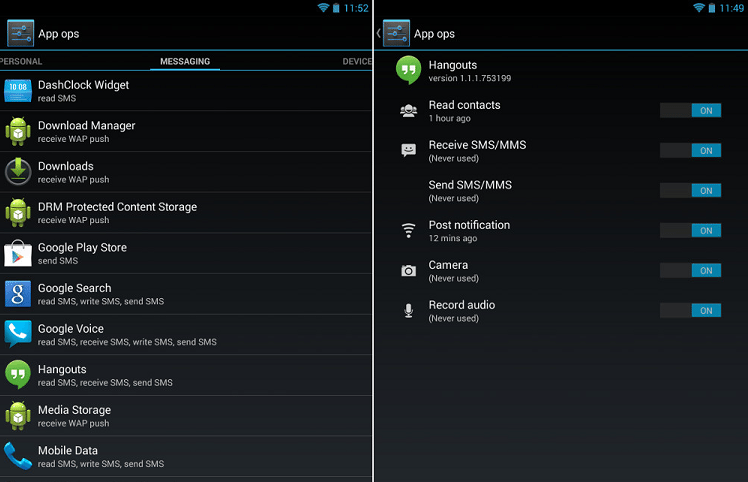 The Android mistakes we make

For most of us, an Android smartphone is really 'smart' and functional when it adapts to our needs.

However, there are frequent mistakes which reduce the functionality and performance of the device and also increase the risks. 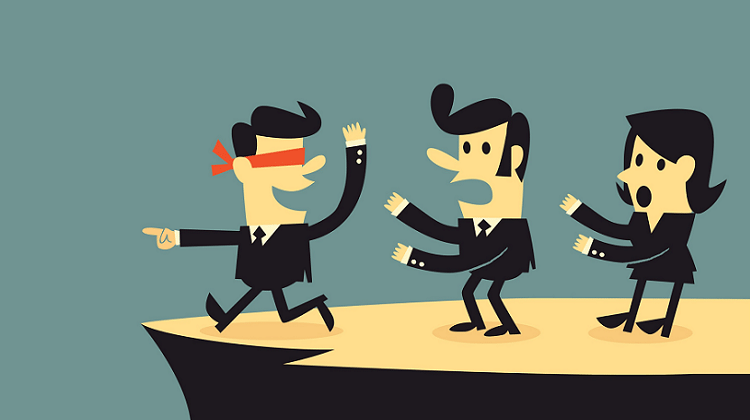 We have the Bluetooth on all the time

One of the biggest Android mistakes we make is that we leave the Bluetooth on, on our device. It is also possible that we have not done it ourselves, but some applications which run in the background are responsible for this, and we have not taken care to forbid them from doing so.

Apart from burdening the battery, the most important thing is that activated Bluetooth on our cellphone can also attract malware.

Furthermore, it may aid those who want to spy on our cellphone.

It is crucial to use Bluetooth only when we need it. Afterwards, we have to deactivate it or deactivate the visibility of the device, at the very least.

We charge the device wrong

One of the Android mistakes we make regarding phones is that we only charge them when we get the 'low battery' notification, while we should be charging them when the battery level is at 40-50%.

Contemporary lithium-ion batteries have nothing to gain from drainage. Long charge cycles are, in fact, much more punishing than short ones.

It is always better to keep the device intermittently charged by performing short, repeated charges. The ideal charging is from 40% up to 80% instead of full cycles of 0%-100%.

In short, fully charging our cellphone wears down the battery and reduces its lifespan.

We use apps for battery enhancement

In most cases, this kind of apps promises battery enhancement, in fact, do the exact opposite.

The enhancement in charging is dictated by the material of the cellphone and the quality of the cable and charger we use.

There are several ways to prolong the battery's lifespan on an Android device, and we will go through them in another guide.

We trust the cleaners

All apps that promise to fully clean, enhance the memory, but also provide faster performance for your device, are completely useless. In fact, they run in the background, and all they do is constantly drain our available resources.

Android cleaners are unnecessary because the newer operating system versions do this 'job' on their own.

We overload our screen with Widgets

Widgeting is one of the small and common Android mistakes we make. Widgets are useful only when we use them reasonably, and for functions we need.

These particular elements have the 'bad habit' of performing updates when we press the home key. So, this gradually leads to slow and poor performance on behalf of our device.

We forget to backup

If we have taken care to synchronize our contacts and our photos with Google, then we can be sure that we will never lose our files.

What happens, however, with the rest of the stuff which cannot be synchronized and is stuck on our device? Should we back it all up at least once a month?

It is true that this is one of the most common Android mistakes -and not only-  that can cause a headache or even sheer panic.

We give permissions 'blindly'

This is undoubtedly one of the most critical Android mistakes which we lightly and recklessly make.

More specifically, we allow access to everyone and everything to our most personal device, without caring what impact this may have.

Let alone, when we possess one of the easiest and most powerful features of newer Android editions, that is, rights management and control.

We get our priorities wrong

Many of us buy expensive, or even mid-range smartphones ranging from $200-250, but then we go and buy cheap accessories such as chargers, or even worse, cheap micro SD cards.

A cheaply made charger, in some cases, can cause damage to the battery if it is not properly certified.

A cheap micro SD will complicate things even more by slowing down the device, putting pressure on the processor, and subsequently using up more resources.

We neglect the 'emergency' precautions

These are the Android mistakes that can make us a little stressed or even lead to a complete nervous breakdown. Therefore, in such a psychological state, it would be difficult to have clear enough a head to perform the correct actions or make the right decisions.

As in most cases of emergency, a successful cellphone tracking is possible if we have adequately prepared. This way, we will not lose our nerve, and we will be able to react effectively.

However, most of us almost never take care to familiarize with one of the most effective and useful applications, upon which phone tracking is based.

Do you know any other Android mistakes?

Android is free, adjustable, it develops rapidly, and is available not only for cell phones and tablets, but also for smartwatches, TVs, and even cars.

Therefore, as far as Google is concerned, this rapid technological evolution will unavoidably cause errors and fails. On the other hand, it also offers impressive solutions and corrections.

As far as we are concerned, there is no doubt that we will make mistakes with Android, but also in our life in general. Besides, the fact that one makes no mistakes is probably because they do not do anything at all, and consequently, they do not try anything at all.

Previous Post: « How To Disable Auto-Starting Apps On Android
Next Post: Getting the Edge of Using Google Photos »