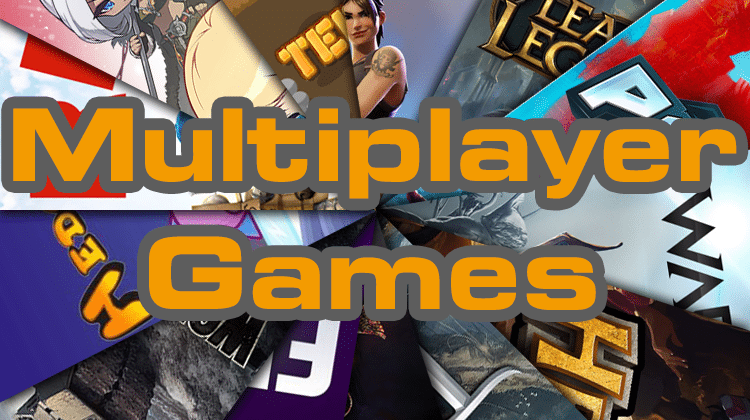 The list of multiplayer games that we can play online keeps expanding. As a result, it's harder for a gamer to pick a game in which they can cooperate with or antagonize other players from across the world - there are just so many to choose from! For this guide, we gathered some of the best free online multiplayer games currently available. Each and every one of those titles promises hours of fun, and they will only cost us our time.

Let's start our list with a game that anyone who calls themselves a "gamer" has played. 2018 is the year of the Battle Royal craze, and pretty much everyone has played Fortnite once, with or without friends.

At Fortnite, our goal is to be the last survivor among a total of 100 players. We can team up with three of our friends to eliminate the opponents.

Of course, we can play any other battle royale game. Nevertheless, Fortnite is particularly popular since it offers fast games and, as opposed to its competitors, has the strategic element of the building ability.

Other games like this: PlayerUnknown’s Battleground, H1Z1, Realm Royale

League of Legends was the most popular game of 2012, and since then it's still on the top. Although it's an old game, it still has frequent updates, and it's one of the best online multiplayer games for a lot of gamers.

LoL has everything we need from a MOBA game. We can play solo to prove our supremacy, or to create a team with our friends, and play against five others, to reach the top.

We can also participate in eSports tournaments, and if we are good enough, potentially win hundreds of thousands or even millions of dollars. See, mom? Gaming isn't a waste of time.

Other games like this: Dota 2, Heroes of the Storm, Smite

Hi-Rez has created one of the best free FPS games on the market. Paladins features multiple classes and heroes to choose the one we prefer.

Most of the games last less than 20 minutes, so they are perfect for when we don't have much time. Thanks to the frequent content updates, we will never get bored, whether we play with friends or not.

Other games like this: Team Fortress 2, Overwatch, Plant VS Zombies: Garden Warfare 2

Digital Extremes created the free game, Warframe, which several people compare to Destiny, while others think it's even better than that.

At Warframe we have a story mode, and we can complete missions on our own or in co-op with three other players. We can also play against other players in multiple game styles.

Warframe is relatively complex, but it's worth our every second. The sci-fi style, history, and its content are impressive.

Other games like this: Destiny 2, The Division, Sea of Thieves, Borderlands

Hearthstone is undoubtedly the most well-known collectible card game of recent years. Blizzard's game has the history of World of Warcraft as a basis, and it features a total of 9 classes with different cards for each.

At Hearthstone we build a deck of 30 cards, and we face other players. The only goal is to reduce the health of our opponent to 0.

Blizzard enriches the game's card collection by adding card packs several times a year. Meanwhile, the company has introduced adventures against AI enemies, as well as "taverns," which are games with unique rules.

Other games like this: Eternal, The Elder Scrolls: Legends, Hand of the Gods

If we want to play World of Warcraft, but we can't afford it, then the best alternative is Tera. Its story is lacking in comparison to Wow, and its world isn't as well developed, but it's free.

In the game, we can choose the race and class of our character. As we explore the enormous map of the game, we follow a series of missions that narrate the story.

Finally, we can team up with other players, to assist us with the missions, explore dungeons with us. We can also have fun at limited time events.

Other games like this: World of Warcraft, RIFT, Guild Wars 2, Black Desert Online

Path of Exile is another game that is an alternative to a Blizzard's title. It's a multiplayer action RPG, similar to Diablo.

However, the game may also remind us of TERA. In Path of Exile, we focus mainly on battles, which is a key feature of action RPGs.

In the dark fantasy world of Path of Exile, we can choose between six classes. Also, the game receives constant updates, with new items, missions and more.

Other games like this: Diablo III, Magicka 2, Torchlight II

FIFA counts decades as a video game franchise, and all football fans around the world have loved it.

Although it costs $14.99 - which the observant among you will have noticed that is not exactly "free" - we had to mention it since you can't have online multiplayer games without football.

In FIFA 18 we build our career, and we face other players online. We can take part in daily or seasonal tournaments, either with a premade team or with our own.

Obviously, we can play against our friends to find out who will be the winner after a small tournament of five games.

Wargaming is one of the largest companies that create online multiplayer games, and World Of Tanks is its most popular game. There are a total of five classes of crewed vehicles, with a variety of tanks in each, to choose the one we like.

In total, we will find six main game types in which we must eliminate all the enemy tanks, or conquer the enemy's base.

In World of Tanks, we can work with random allies to win. Meanwhile, there are alliance wars, so if we belong to one, we fight for the glory of our team.

Hedgewars is the free and open-source version of the well-known game Worms. The game enters its second decade and receives frequent upgrades.

In Hedgewars we control a team of eight hedgehogs, and we can play locally, online, or with AI. We can also complete missions, play mini-games, and modify our hedgehogs. 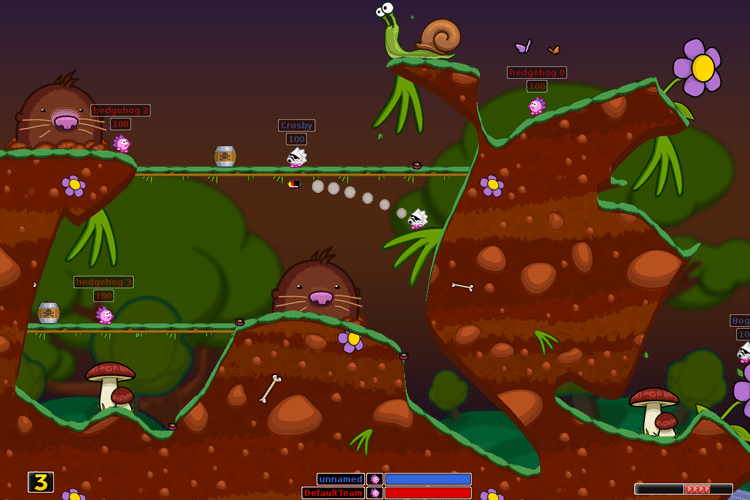 The game has a wide range of weapons that can lead us to victory. We can also play 8vs8, where each hedgehog is a different player.

Roblox is one of the best online multiplayer games for our kids.

In the game, we can create what we want, from objects and buildings to entire worlds.

Finally, players can design individual levels, and create other games within Roblox. The games they make are available to all players.

MapleStory is a 2D MMORPG game in which we have to protect the world from a wizard. We complete quests to advance in the story and team up with other players to achieve our goal.

There are 40 different characters in the game, and we can personalize ours with decorative items.

Beyond battles, MapleStory also has a social aspect. We communicate with the other players, trade, choose a profession, and even get married if we feel so.

MapleStory 2 is the latest version of the well-known game, with a 3D environment, and improved graphics.

As far as the gameplay goes, it’s not that different from the original. If we played MapleStory before, then we would not face any trouble in MapleStory 2.

Other games like this: Elsword Online, NosTale, Tree of Savior

Teeworlds is one of the free open source online multiplayer games with cartoony graphics.

The game has three modes, and the maximum number of players is 16 per race. Our goal is to kill our opponents using a series of weapons.

Also, Teeworlds supports mods, which has allowed the development of several maps as well as additional game modes.

Other games like this: Stick Fight: The Game, Cannon Brawl

Which are your favorite online multiplayer games?

Among so many online multiplayer games available for free, one is bound to find their next favorite time sink.

Have you enjoyed one or more titles from our list? Was there any important game we forgot to mention? Let us know in the comments below.

Previous Post: « Computer Memory: The Biggest Myths About RAM
Next Post: Looking for a Budget GPU for Gaming? These Are The Best Choices »