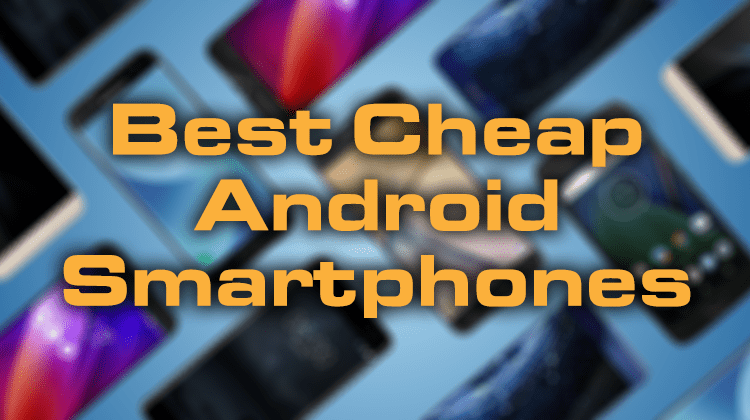 It used to be that a mobile phone was just a tool for communication. Nowadays, however, even a cheap phone is a complete portable PC, allowing us to browse the internet, run countless apps, and even play basic games. Although a flagship smartphone can set us back more than $1,000 nowadays, if we are in the market for a cheap phone, we will find several perfectly affordable Android smartphones, which will cover all of our needs.

How we chose the best cheap phone of 2018

Buying a cheap phone doesn't mean we are getting a device with low performance, little to no features, or poor build quality. Even at the $150 to $250 range, we can find excellent devices. 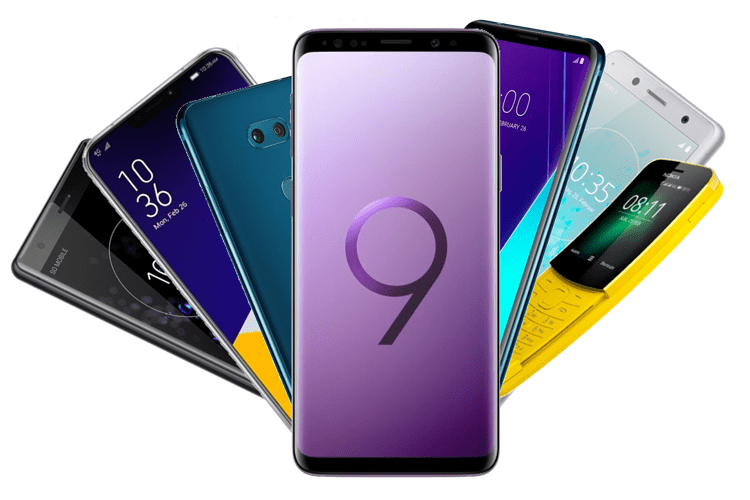 At PCsteps, we didn't have the chance to try out all the smartphones in the list. As a result, we chose the handsets based on our knowledge and reliable online reviews.

By taking into consideration the features and asking price, we have arranged the phones from the most to the least VFM.

Motorola Moto G6 Play rightfully gets the top spot of our list, as the best cheap phone of 2018. It has an excellent design, and its hardware is remarkable for the price point. 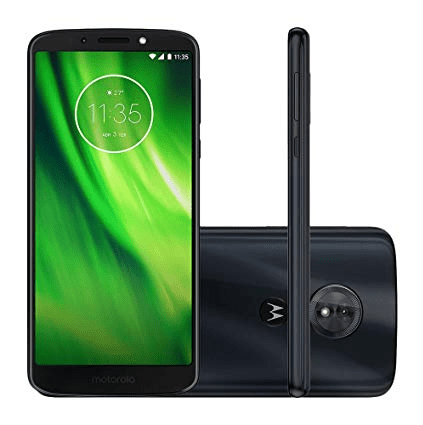 Inside the Motorola Moto G6 Play, there is an octa-core Snapdragon 430 and 3GB of RAM, which is enough for most tasks. It also has 32GB of storage space, which we can extend by using a microSD.

At the front of the device, we will find a 5.7-inch IPS LCD screen with 720p resolution, as well as an 8MP camera. The back two cameras have a 12MP and 5MP sensor respectively.

The Motorola Moto G6 Play camera is relatively fine, although sometimes the pictures can come out blurry and dull. 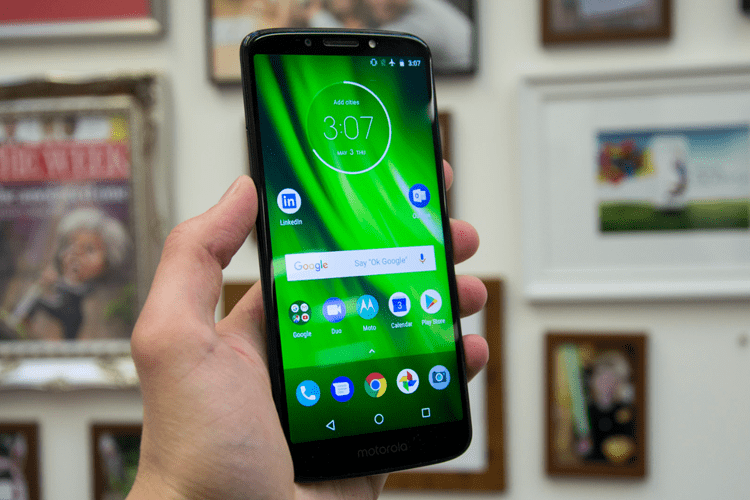 Nokia 6.1 Plus is a well-constructed cheap phone with great features and modern design. 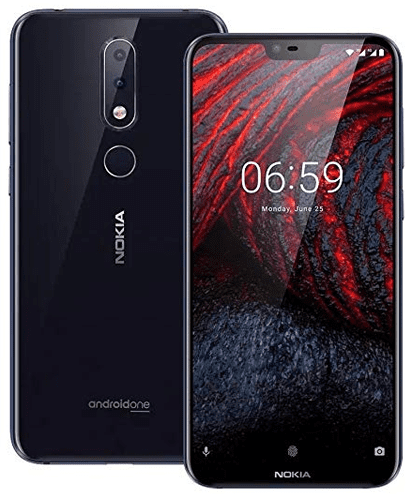 The device runs Android 8.1 and features a Snapdragon 636 processor, 4GB of RAM, and 64GB of expandable storage space.

Nokia 6.1 Plus has a glass body with an aluminum frame. The screen-to-body ratio is 81.5%, it has a notch, and the device thickness is 8mm.

Nokia's 6.1 Plus screen is a 5.8 inch IPS LCD with 1080p resolution. Also, the device has two 16MP and 5MP rear cameras, a fingerprint sensor, and a decent speaker. 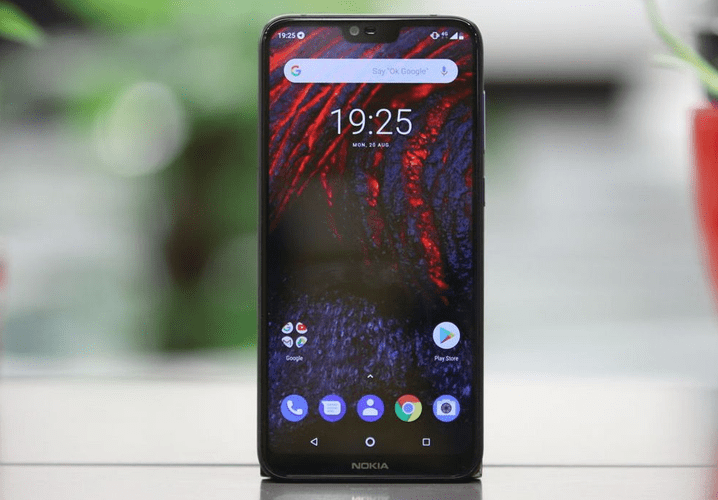 Buy Nokia 6.1 Plus from the international online store Gearbest for $209.99.

Another handset that deserves a spot in the best cheap phone of 2018 list is the Honor 8X. 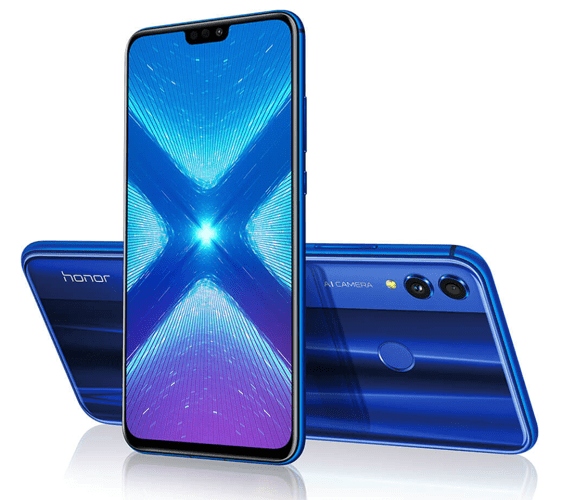 Honor 8X has 6.5-inch Full HD + IPS LCD with a notch. At the back of the Honor 8X, we will find a fingerprint scanner, a 20MP camera, and a second 2MP camera with a depth sensor.

Honor's 8X cameras perform quite well. Also, Huawei has equipped the device with its famous Al algorithm, which is particularly helpful when taking pictures. 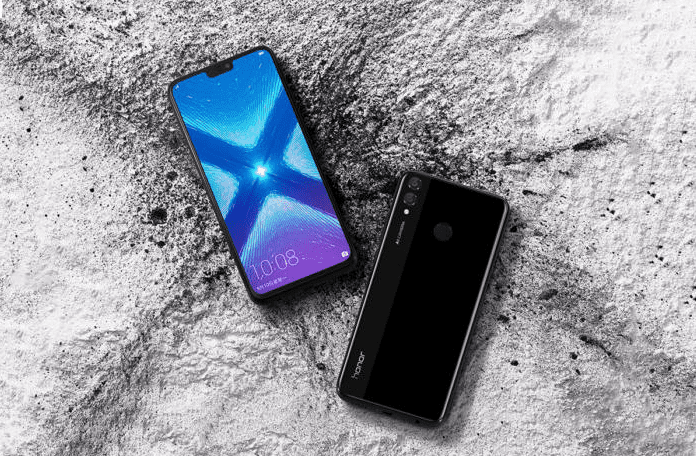 Buy Honor 8X from the international online store Gearbest for $239.99. 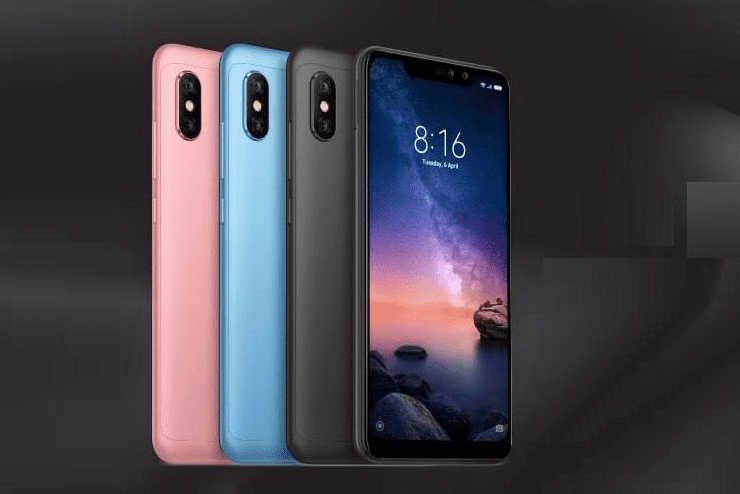 Xiaomi's Redmi Note 6 Pro rear cameras are 12MP + 5MP; the second has a depth sensor. Their performance is relatively good, though at this price point we will find devices with better cameras.

Honor 9 Lite was released at the end of 2017, but it set new standards in the category of low budget devices. 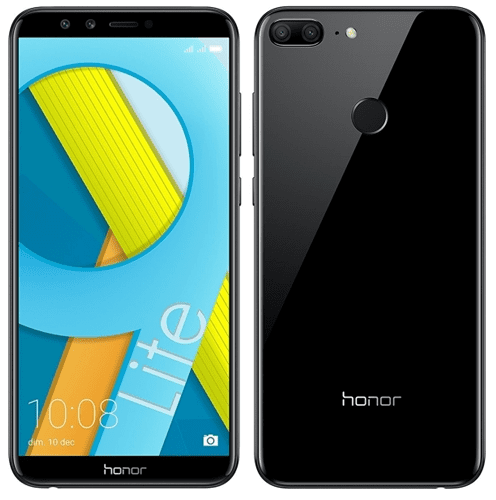 Inside Honor 9 Lite there is an octa-core Kirin 659, 4GB of RAM, and 32GB of expandable storage space.

Honor Lite 9 has a glass body with an aluminum frame. The device has a 5.65-inch IPS LCD with 1080p resolution.

Both in the front and rear of the device, we will find a 13MP camera and a second 2MP camera with a depth sensor. The Honor 9 Lite cameras perform rather well, and the depth sensor helps to get even better selfies. 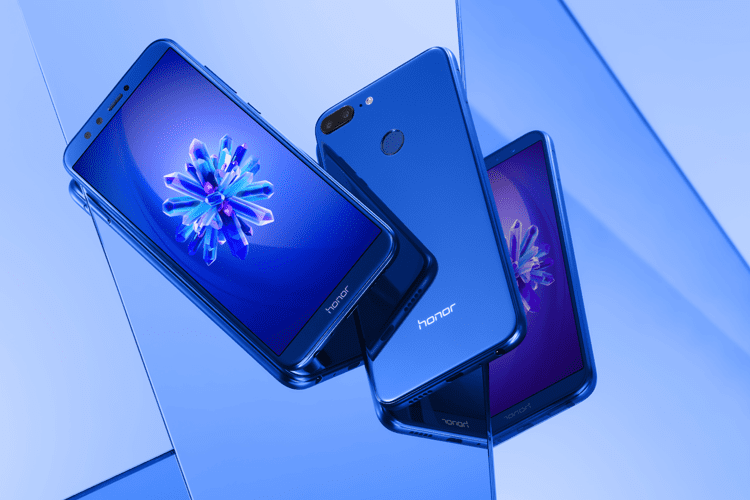 Buy Honor 9 Lite for $189.99 from the international online store Banggood.

The Xiaomi Mi A1 was an exceptional cheap phone in 2017. This year, the company released its successor, the Xiaomi Mi A2, which is another Android One device. 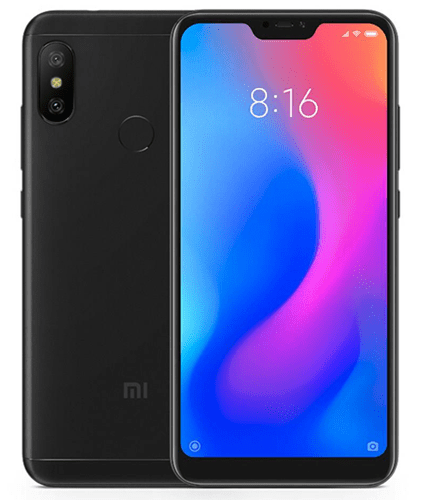 Mi A2 Lite is the cheaper version of the Xiaomi Mi A2. It has an octa-core Snapdragon 625, 4GB of RAM, and 64GB of expandable storage space.

The device has a 5.84-inch IPS LCD with a 1080p resolution, a fingerprint scanner, and a full aluminum body.

Finally, in the Xiaomi Mi A2 Lite, we will find two rear cameras at 15MP + 5MP, with the front camera at 5MP. Generally, its cameras perform pretty well, even in low light conditions. 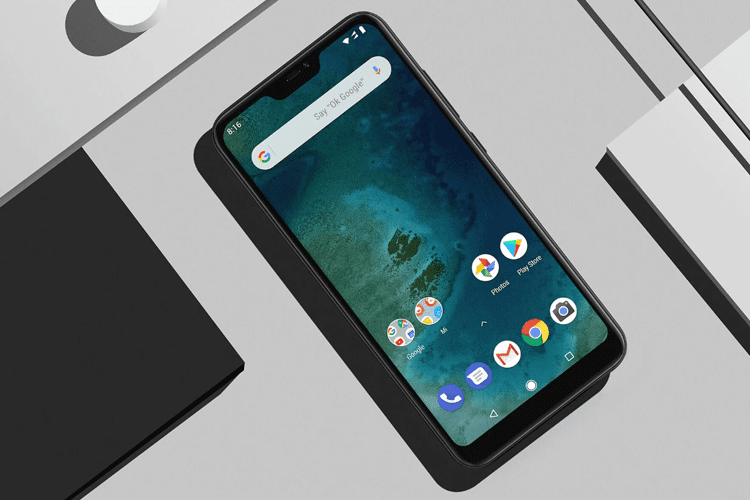 Another Nokia cheap phone finds its way on our list. Nokia X5 has as an impressive design as the Nokia 6.1 Plus. Moreover, it is one of the most VFM devices. 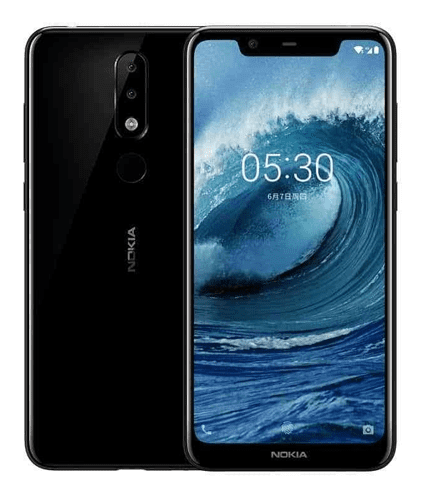 Nokia X5 has Android 8.1. Its processor is an octa-core MediaTek Helio P60, it has 3GB of RAM, and 32GB of expandable storage.

The device has a glass body with a plastic frame. Unfortunately, Nokia X5 has only 79.6% screen-to-body ratio, and the device's thickness is 8.1mm. 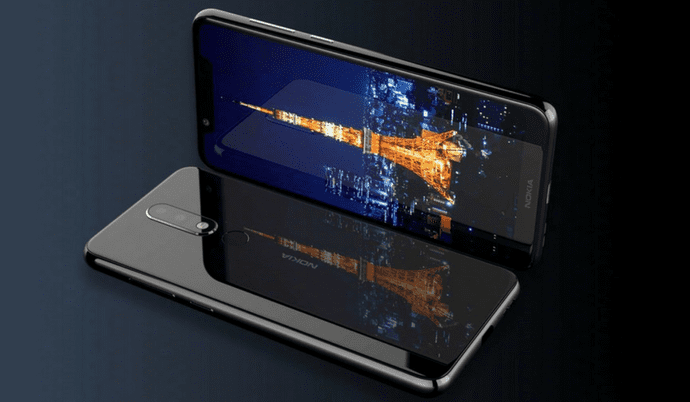 Buy Nokia X5 from the international online store Gearbest for $149.99.

Although it is the cheapest smartphone in this list, Alcatel 3V is a perfectly adequate cheap phone for the average user. 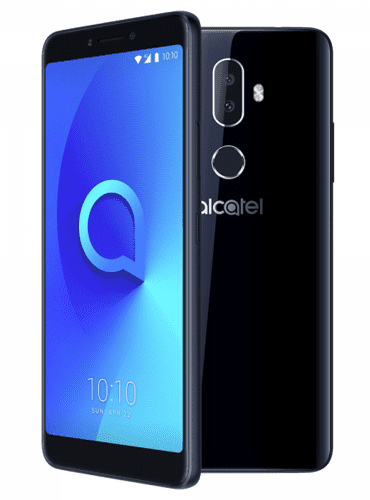 Alcatel 3V comes with a Mediatek MT8735A chipset, 2GB of RAM, and 16GB of expandable storage space. It also has a 6.0-inch 1080p IPS LCD, a fingerprint scanner, and face unlock.

Its cameras are good for a device that costs only $149.99. Also, the Dual LED flash helps in low-light photography.

Finally, Alcatel's 3V interface has a poor design, and it looks as if it belongs in another decade. 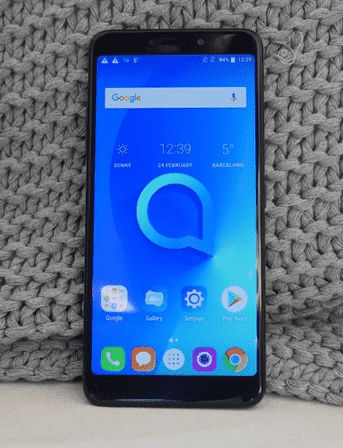 Samsung Galaxy J6 takes the second to last place on this list because we think it is expensive compared to what it offers. 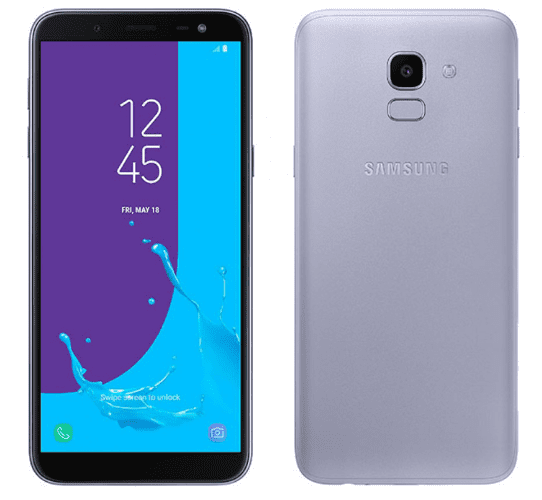 Samsung used the Exynos 7870 Octa CPU in Samsung Galaxy J6. The handset has 3GB of RAM and 32GB of expandable storage space. Unfortunately, the combination of Exynos and Mali-T830 MP1 doesn't work too well.

Similarly, the screen left us with a bittersweet taste. The handset has a remarkable 5.6-inch Super AMOLED, but it has 720p resolution and 293 ppi density.

Finally, the device has a rear 13MP camera, an 8MP front camera, as well as a fingerprint scanner. 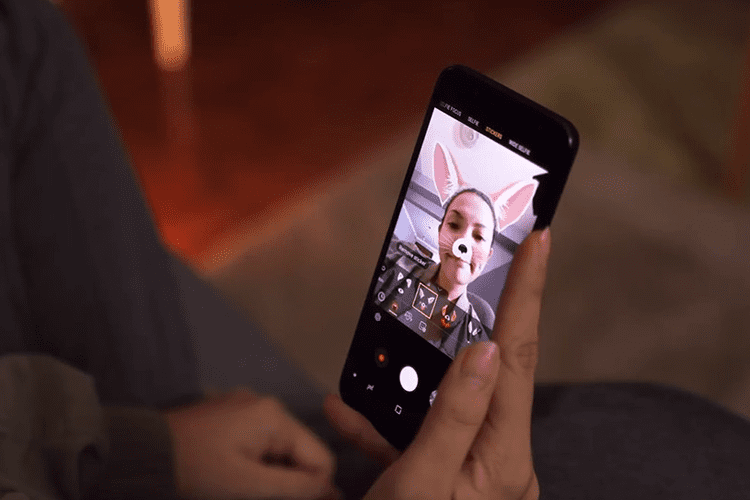 At $199, it is definitely a cheap phone, but we can get much more at this price point.

Motorola Moto E5 Plus is a cheap phone but the least VFM option in this list. Nevertheless, it has a few decent features, like a 5000 mAh battery, and the headphone jack. 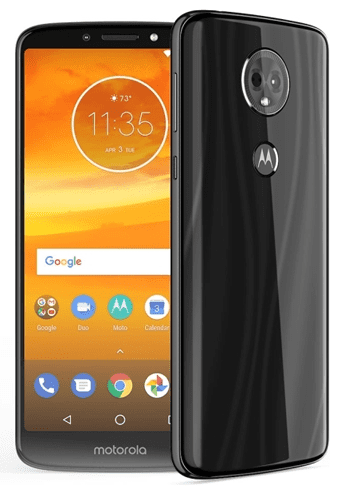 The device has a Snapdragon 425 (28 nm) chipset, 3GB of RAM, and 32GB of expandable storage space. Also, it has a 6.0-inch IPS LCD with 720p resolution and a fingerprint sensor.

Motorola Moto E5 Plus features a 12MP rear camera and a 5MP selfie camera. Both cameras have an LED flash, which helps with low-light photography. 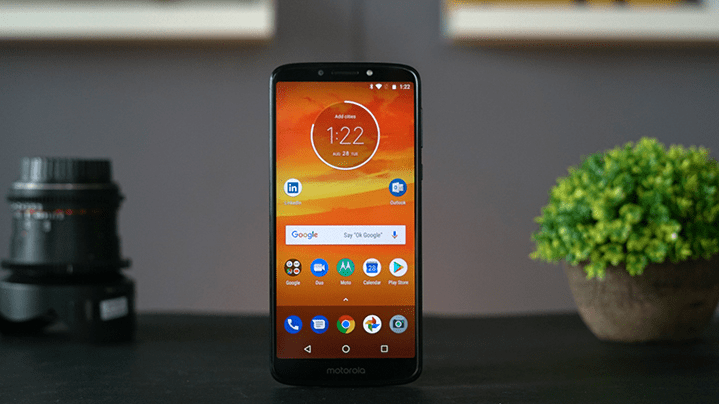 Are you in the market for a cheap phone?

Getting a cheap phone used to mean that you would have to compromise a lot on performance, features, and build quality. Nowadays, this doesn't seem to be the case anymore. Even if we can only invest $150 to $200, we can get an excellent device.

Do you own a cheap phone or are you thinking of getting one? Do you have hands-on experience with any of the devices above? Let us know in the comments below.

Previous Post: « The 5+5 Best PC Games For 2018 And The Game Awards
Next Post: What Is The Fastest DNS Server And How To Change It »