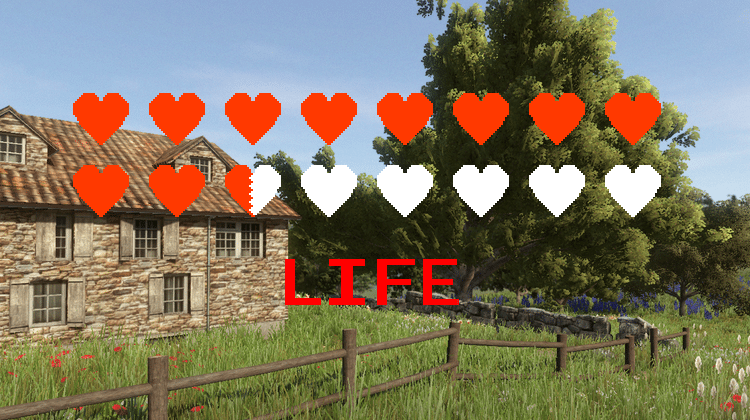 Some people claim that gaming has a positive impact on us, such as better hand-eye coordination. Others argue that games put our health at risk, due to the sedentary lifestyle or staring for a prolonged time at a bright screen, among others. There’s probably truth to both sides, and - as always - moderation is the key. Below we explore the health risks of video game addiction, from mild vision problems to more severe symptoms.

With hundreds of millions of gamers around the world and billions of hours spent in front of a screen while gaming every week, video games are probably the most popular form of “electronic” entertainment.

However, if we spend a significant portion of time in gaming, we might end up with VGA. 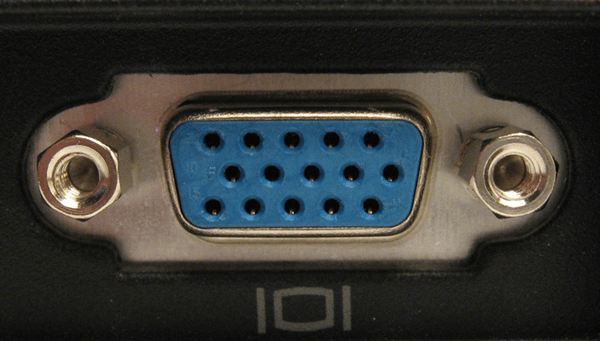 No, not that VGA; In this context, VGA stands for Video Game Addiction. Similar to other addictions, individuals suffering from video game addiction want to play for many hours throughout the day. 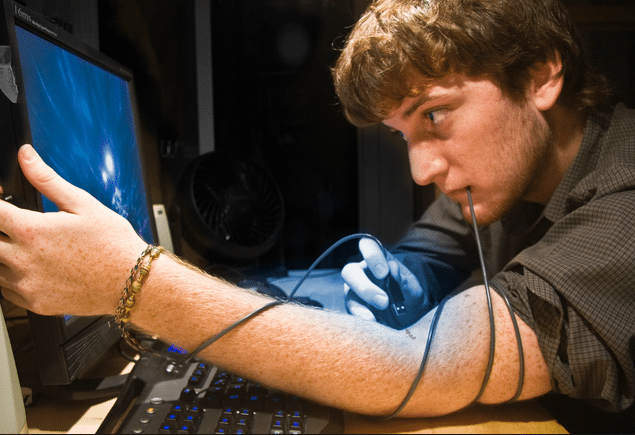 Although it is not an official mental disorder, video game addiction may present as compulsive and excessive gaming, mood swings, isolation, and exclusion of other events in everyday life.

Most of the health issues we will discuss below stem from excessive gaming. Thus, we can say that video game addiction is the cause of the majority of health risks we may face when we play computer games.

The most common problem that may arise while gaming, is eye strain. Staring at screens for several hours without taking breaks can burden our eyes. In the medical community, this case is called Computer Vision Syndrome (CVS).

The syndrome describes any vision-related problem that stems from prolonged exposure to computers, cell phones, or any other type of display.

Due to CVS, we may face issues like eye strain, eye pain, discomfort, tears or dry eyes, blurred vision, headaches, neck and shoulder pain, and so on. 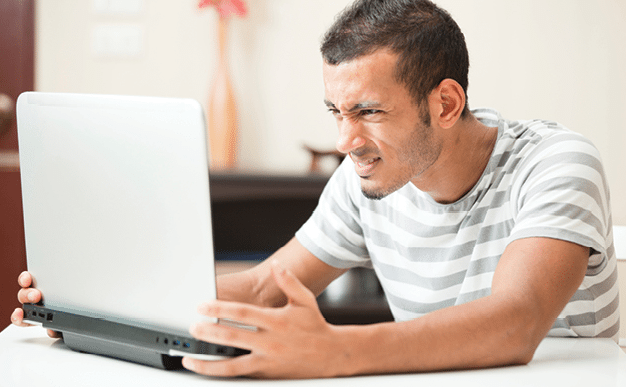 The most critical factors that lead to these problems are reduced lighting, wrong viewing angle, improper viewing distances, or a combination of those.

In a previous guide, we have discussed the use of a bias lighting behind our screen, to reduce the chances of any CVS symptom.

Besides that, we can apply the 20-20-20 rule, as advised by the American Optometric Association. 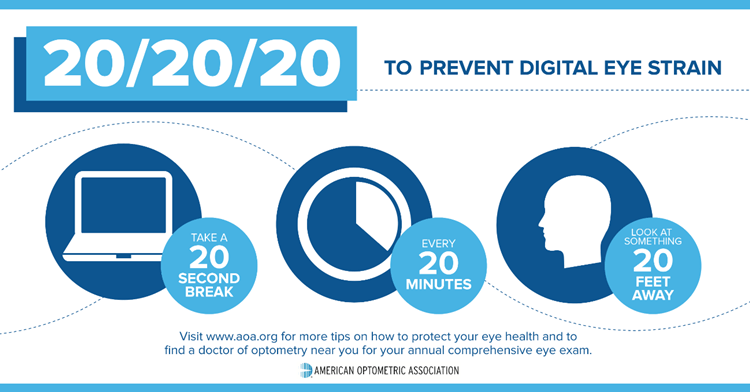 In short, we should take a 20-second break every 20 minutes we spend in front of a monitor, to look at something that is at least 20 feet away from us.

Blue light from screens and CVS

Despite the eye problems, exposure to computer screens or TVs at night may suppress the melatonin production in our body.

Melatonin is a hormone responsible for making us sleepy at night. Our brain regulates the production of melatonin, regarding the amount of daylight in our environment. The less melatonin we produce, the less sleepy we feel.

Screens emit blue light, which is similar to the sun’s light. Thus, if we stare at a display late at night, the exposure to blue light “confuses” the brain, which doesn’t produce melatonin, thinking it is still daytime. Therefore, it may disrupt the body’s circadian rhythm, leading to disturbed sleeping habits, lack of sleep, insomnia, etc. 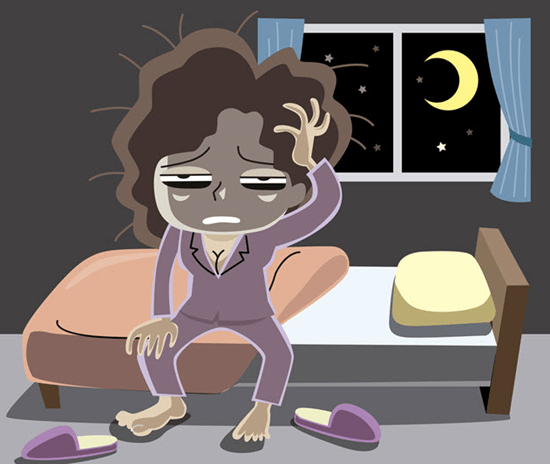 However, this issue is not associated only with video game addiction. Regardless if we play games, watch movies, type a document, chat on our smartphone, or just browsing the internet, the exposure to blue light late at night can lead to the problems mentioned above.

Therefore, it is essential that we block the blue light during night time. On computers and smartphones, we can use software developed for this purpose, such as f.lux or Iris. They are both free, with Iris also having some paid versions. 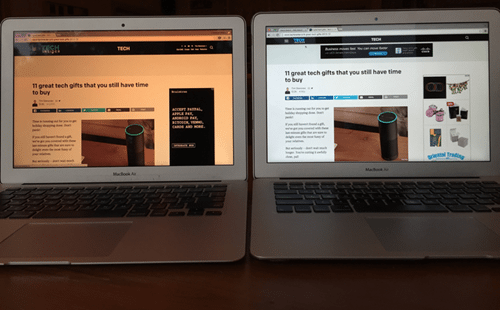 While playing on a console and watching TV, we could avoid these problems wearing special blue-blocking glasses after sundown.

Gaming for extended periods is highly associated with increased likelihood of lower back pain, tendinitis, carpal tunnel syndrome, and so on.

Once again though, those musculoskeletal problems may arise while sitting plenty of hours in a chair, especially in a bad sitting posture. This can happen in other activities as well, not only during gaming.

For example, working in our office in a sitting position, without taking frequent breaks to walk for a few minutes, will have the same effect.

The best we can do when playing video games, or with other sitting activities, is to fix our sitting posture. 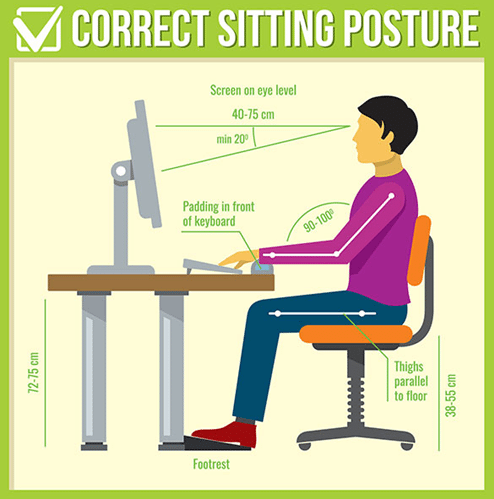 We mentioned tendinitis above, but have you heard the term “Nintendonitis”?

Nintendonitis, which is also known as gamer’s grip, is a repetitive strain injury problem that occurs to console gamers. The symptoms involve blistering, paraesthesia, and swelling of the thumbs, due to the use of a gamepad controller. 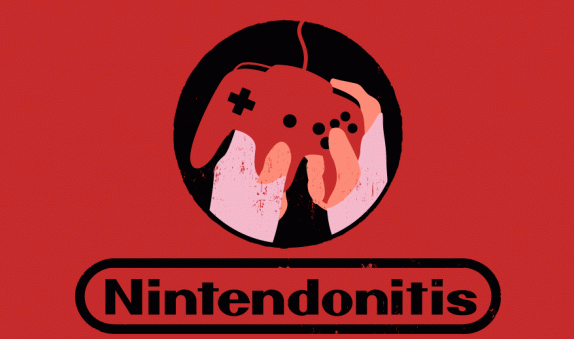 With the use of virtual reality headsets, gaming has become more of a physical activity lately. However, we still have a long distance to cross, before we reach the point where most of the games work with VR.

Until then, a video game addiction can make us sedentary. Sitting for hours with minimal movement can lead to health issues associated with obesity. And let’s face it; it is not just the lack of action, but also what we eat while gaming.

When was the last time you ate a big bowl of salad while playing PUBG? If you can’t remember, it’s because you probably never did. Everybody knows that gaming snacks involve chips, sodas, cookies, a couple of pizzas and beers, and the list goes on. 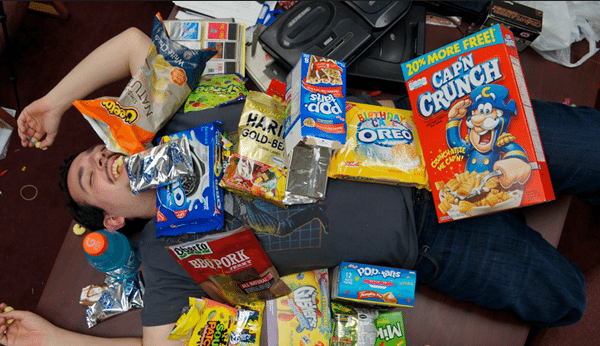 And don’t get us wrong; we enjoy pizzas as much as you do. Especially while gaming. But the math is simple; if you play all day long, the lack of movement in combination with high-calorie dense food will result in obesity.

While gaming can lead to improvements in areas of attention, cognitive control, puzzle-solving, or spatial orientation skills, there are also some downsides on the way they affect our brains.

Many areas of the brain have shown to be affected in people with video game addiction, which involve the reward center. Their brain scans showed increased impulsiveness and perseverative errors, indicating an unbalanced reward system. 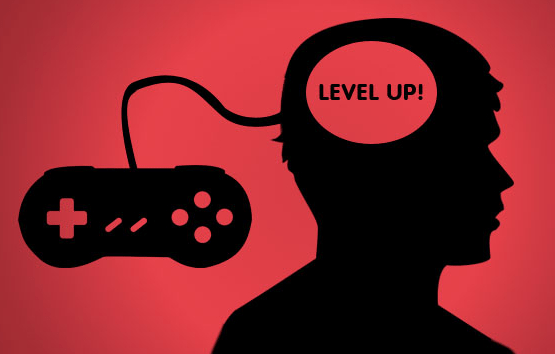 However, it is worth noting that the researchers noticed a difference between the brains of those with video game addiction and professional gamers. Those problems were not present on professional players.

Another potential risk is the violent content of several games. We will find references in the same study, which indicate the repeated exposure to violent scenes will trigger desensitization processes, which affect regions of the brain linked to emotions and attentional processing.

Alright, gaming can cause some minor or more severe issues in our health. But is there such thing as gaming “overdose”? 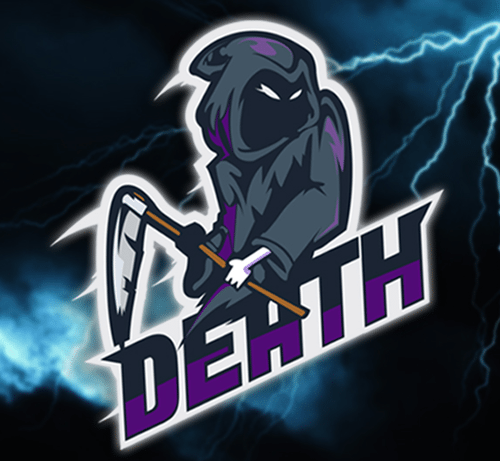 Apparently, there is. Although video game addiction usually is not a direct cause of death, there are some reported cases of death induced by exhaustion from playing video games for long periods of time.

In 2007, two men in China died from exhaustion and heart failure, after playing video games continuously for days.

However, those are extreme scenarios, just for reference. We shouldn't start avoiding video games, just because someone tried to take the Leap of Faith in real life. 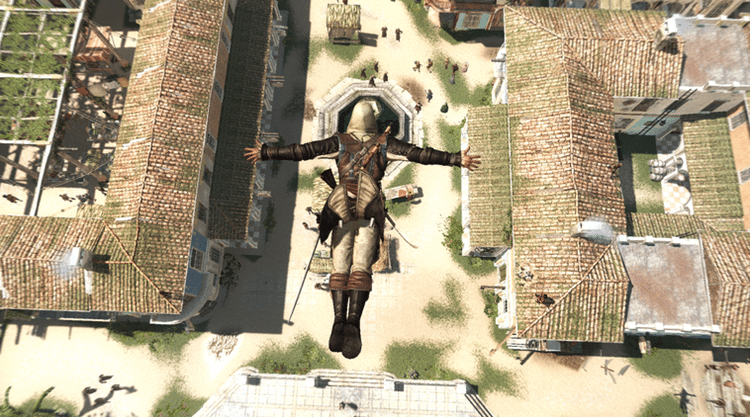 In any case, if you die while gaming, remember that you have two more lives left. 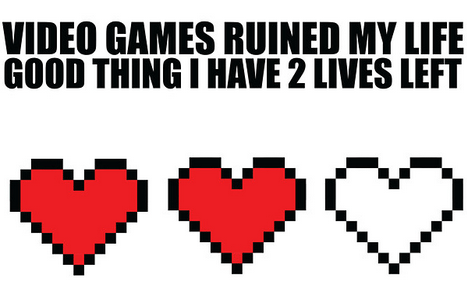 What do you think about video game addiction?

We can resolve all those problems if we moderate the time we spend on gaming.

Do you like gaming? How many hours do you spend on video games? Do you suffer from any health problems, or is there anything else you want to share with us? Leave a comment below.

Previous Post: « How to Compress A Video To Reduce The File Size and Retain the Quality
Next Post: How to Change The Windows 7 Language in Home Premium and Pro »